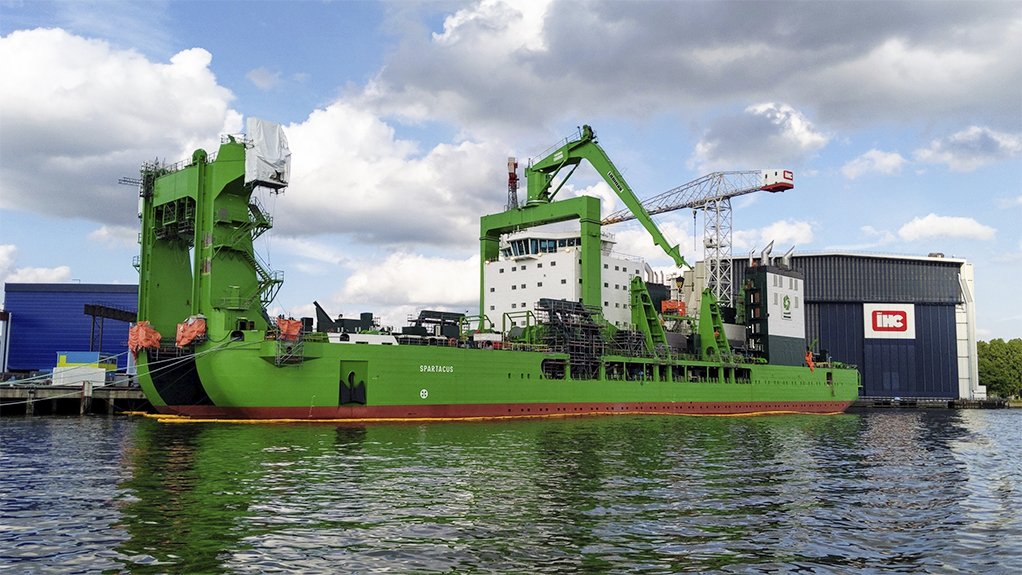 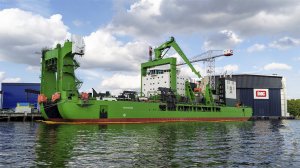 Specialist dredging and offshore service provider DEME announced that at the end of last year it secured a large dredging contract for the Abu Qir port project in Egypt.

The project has been described as the largest ever dredging and land reclamation contract in history.

Notably, the project will see the deployment of DEME’s giant new cutter suction dredger (CSD) ‘Spartacus’. The project includes the reclamation of 1 000 ha of new land, the deepening of the port’s approach channel to 23 m and the dredging of a turning basin to 22 m.

A notable volume of more than 150-million cubic metres will be dredged.

The marine works, including 6 800 m of quay walls for new berths, 8 800 m of breakwaters and soil improvement works, will be executed by DEME’s consortium partner marine engineering company GIECO.

Economic Hub This ambitious megaproject creates land for the expansion and further development of Abu Qir, which boasts an ancient history and is slated to become a bustling economic hub, supplementing nearby Alexandria, in Egypt.

Alongside this, a large multifunctional port facility can be developed adjacent to the Abu Qir Container Terminal, which is currently under construction. DEME will deploy the world’s most powerful CSD ‘Spartacus’ on the project.

The ‘game-changing’ vessel was set to join DEME’s fleet in early 2021. With a total installed power of 44 180 kW, the CSD is unrivalled in terms of production rates, pumping power and its ability to cut hard material.

In addition to ‘Spartacus’, DEME will deploy a range of different sized trailing suction hopper dredgers. The project’s preparation has already started, with the main works set to commence in early 2021. The project is set for completion in 2023.

Strong Track Record The unrivalled technical capabilities and power of ‘Spartacus’ in combination with DEME’s versatile fleet, featuring the latest technology, were key factors in securing this important contract.

Additionally, DEME has built an excellent reputation, strong local footprint and long-term track record in Egypt, which includes its participation in the iconic Suez Canal widening and deepening project, in 2015.

Crucially, DEME’s engineering capabilities enabled the company to develop the most cost-efficient approach for the execution of the project.

The solution DEME provides carefully manages the many interfaces of this complex and multifaceted project.

“We are very proud to have secured our largest ever dredging and land reclamation contract to date, and to support the Arab Republic of Egypt in its ambitions to develop a world-class project,” says DEME CEO Luc Vandenbulcke.

He adds that the contract underlines DEME’s technical capabilities and engineering expertise, and undoubtedly its powerful ‘Spartacus’ was a key differentiating factor in winning “such a special contract”.

“We look forward to working with our client and consortium partner to successfully deliver this exceptional project,” he concludes.