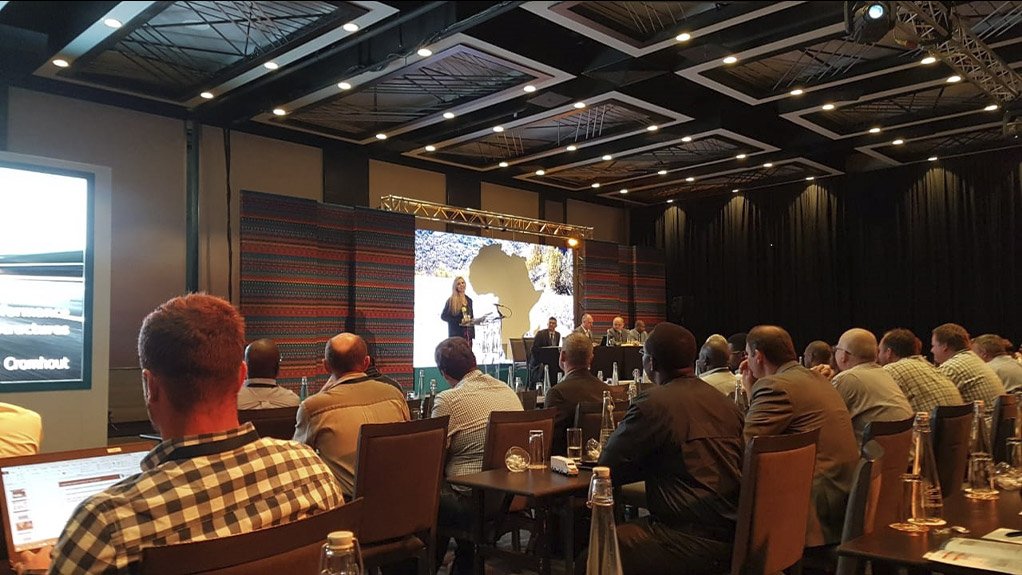 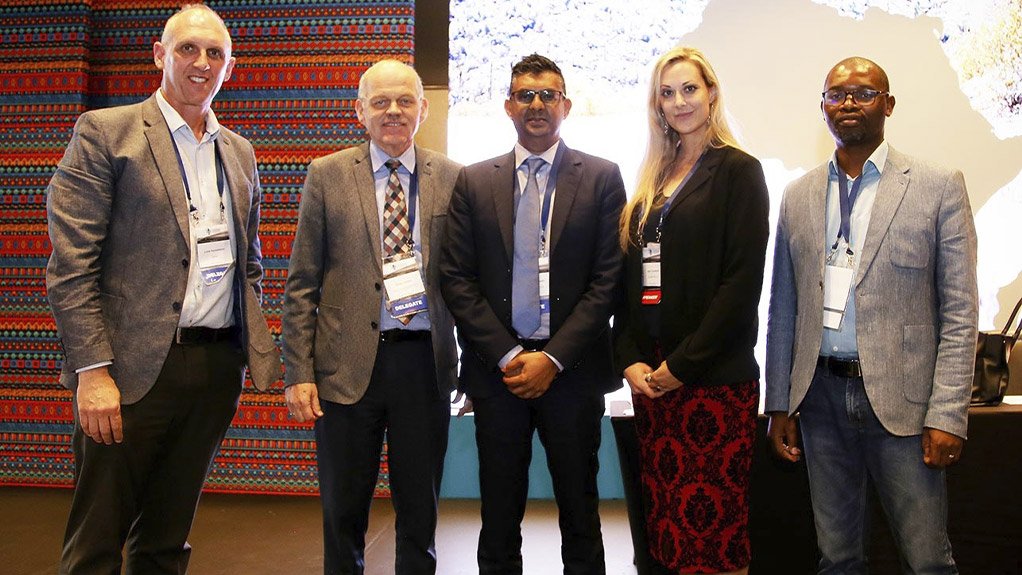 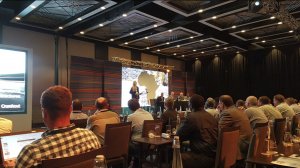 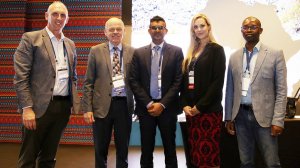 JG Afrika demonstrated its leadership in road engineering at the Conference on Asphalt Pavements for southern Africa (CAPSA) 2019.

Hosted at Sun City from 13 to 16 October, this was the 50th edition of the internationally-acclaimed southern African road building and maintenance conference. Since 1969, CAPSA has provided various participants in the road construction and maintenance industry with a forum to disseminate knowledge and exchange ideas.

CAPSA 2019 was appropriately themed leadership and innovation to preserve and enhance the value of the region’s roads within a rapidly changing world. This is considering the rapid rate of disruption across most industries, including the larger southern African road construction industry, as a result of new technologies.

In line with this theme, Ané Cromhout, a JG Afrika Pavement Engineer, presented a paper entitled the Impact of Probability Density Function (PDFn) on Indicators Relating to Pavement Performance for Flexible Pavement Structures.

It motivated the use of PDFns to improve the quantification of deterioration; identification of relative weak spots; and quality control in the construction of pavement structures.

Cromhout explained that PDFns are used to describe the probability of distribution of a continuous random variable.

“The way in which “big data” is currently being handled is flawed. PDFns minimise the ‘data-cleaning’ process by removing outliers to efficiently detect localised pavement structure weak spots that would otherwise have been hidden due to the law of averages. Application of the analysis process using PDFns is nearly limitless, enabling engineers to make better judgement calls and apply critical thinking to the way in which data is handled,” she said.

Cromhout provided examples of how JG Afrika had used PDFns to significantly improve the quantification of deterioration of and undertake relative comparisons over the width of a runway pavement, as well as to improve quality control applications in the construction phases.

In terms of quantifying deterioration, deflection bowl parameter analyses were used to identify areas in the pavement structure that were relatively weak.

PDFns were deployed to monitor change over time in material stress response. 90th percentiles increased over time proving that flexural response alters throughout a given period. This served as a screening tool to identify which layer of the structure changes.

Meanwhile, the runway was surveyed using a falling weight deflectometer along the centreline and at off-sets of 5m, 10m and 15m. Subgrade PDFns demonstrated an improved comparison over the width of the pavement.

During construction, shapes of the PDFn were used to gauge good quality standards.

Acceptance control film thickness values reported similar mean values and PDFns revealed that there were major differences in the quality of the data. High peaks implied that the average values have relatively low standard deviations.

Cromhout received very favourable feedback from her presentation and later participation in a poster session on the same topic.

“Many international attendees also expressed a keen interest in developing closer ties with JG Afrika to further work in the field of PDFns. They were also extremely impressed with the array of industry-leading expertise that JG Afrika had accumulated in road construction and maintenance over many years,” she says.

It comprised a summary of lessons that he had learnt, as well as from other prominent personalities in the southern African road construction and maintenance industry. They included Cromhout; Wim Hofsink, Director of Wim Hofsink Civil Engineering Services; Herman Marais, Technical Director of Much Asphalt; and Joanne Muller; Gauteng Regional Laboratory Manager at Much Asphalt.

The presentation noted that there had been a paradigm shift in the identification and recognition of the influence of outliers among the factors that had a bearing on permeability.

“Typically, the PDFn of density and voids in the mix (VIM) have been shown to follow the bell-shaped curve. The average and mean values may be inside the density or voids range specifications. However, there may be values beyond the known precipice of density and voids, which is noteworthy considering that experience shows that asphalt surfacing fails due to the outliers and not the values of the averages. Statistical procedures should therefore be re-examined to reflect the PDFn of as-built results to provide a better appreciation of variability outside the specified ranges,” Dr. Horak said.

He highlighted the need for accurate determination of voids in the laboratory. This is considering that permeability is a measure of the interconnectedness of voids.

The vacuum sealed (VS) method provides more consistent and accurate results at a higher range of VIM than the older Saturated Surface Dry (SSD) method. This is significant as a rise in voids also implies a high probability that they are interconnected, and Dr. Horak,

therefore, recommended that the VS method be used as standard laboratory procedure when permeability aspects were monitored.

He also noted that various aspects relating to the construction and mix design could contribute significantly towards vertical permeability of asphalt layers. Factors such as micro-cracks due to rolling technique or cold compaction and the continued use of Rolled-In-Chips (RIC) are now known to be the main facilitators of water intrusion into asphalt layers. He, thus, recommended that various obvious alternatives to RIC be considered and evaluated.

He recommended that the prior rendition TG35 specified EN test method, which can measure horizontal as well as vertical permeability, be used for both type of measurements. This is in addition to adjusting the Marvil test method to measure either vertical or horizontal permeability by varying the diameter, while also addressing the repeatability issues resulting from messiness.

Moreover, Dr, Horak noted that asphalt density specifications and statistical quality assurance procedures allowed for lower densities than specified. For example, a minimum of 93% or lower specification implies that VIM is already 7% or higher. This lift-off point is often achieved by default as 92% compaction is frequently allowed for individual values, and this implies that there are field air voids as high as 8% beyond the precipice. He, thus, recommended that VIM be measured according to the VS method and the 7% or *5 lift-off values closely monitored during construction.

He also noted that it had recently become apparent that permeability potential of hot-mix asphalt could be monitored via binary aggregate principles that were correlated with Bailey ratios and porosity calculations from grading and aggregate packing. An improved understanding of the interconnectedness of voids can be established and used in a benchmark type QA and quality control approach to determine whether an asphalt layer is prone to high permeability.

Dr. Horak said, “Moreover, the actual indirect benchmarking of permeability can be undertaken using international studies based on a wide variety of published information that is linked to packing principles, VIM and pore size of interconnected voids. It can discern between highly variable and less variable permeability of HMAs – even if only used to determine the PDFn of the derived permeability.”

Cromhout also participated in workshop on the optimal design of Asphalt that was held on the last day of CAPSA 2019.

It continued the focus of a workshop that was held at CAPSA 2015 to transition South Africa towards performance-based testing and the finalisation of TRH8.

The new design criteria has already been specified by one local city and in new South African National Roads Agency Limited contracts, with other client bodies expected to follow suit.

Meanwhile, a Road Pavement Forum Task Group has also been established for the implementation of Manual 35/TRH 8 and has involved all client bodies in the process.

The recent workshop focused on engaging industry participants in the implementation of the mix design manual and to gain insights on the value of the outputs of the newly adopted performance tests.

Developed specifically for the Airports Company of South Africa, the technology is also being enhanced to create a road-asset register in a geographic information system platform for Bakwena Platinum Toll Concessionaire.

Representatives of JG Afrika will present a paper on this development at the Southern African Transport Conference (SATC) in July 2020.

SATC brings together more 700 transport professionals to discuss, debate and learn about relevant topics relating to the world of transport.