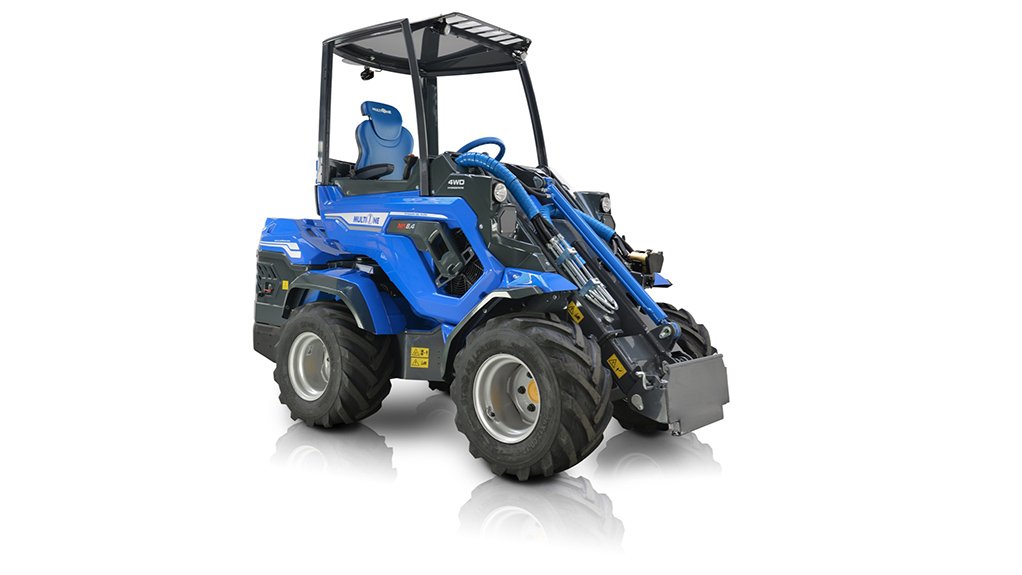 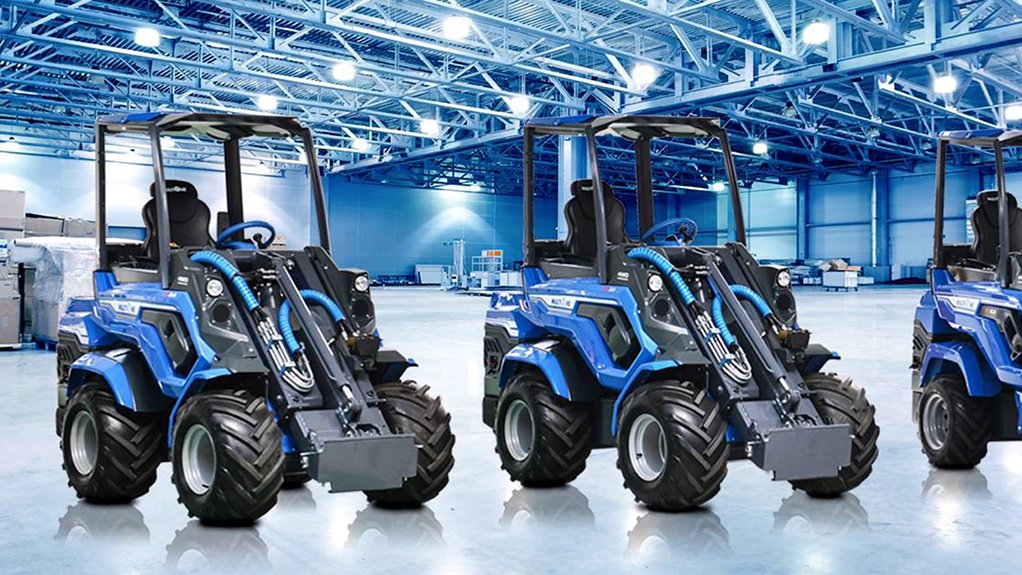 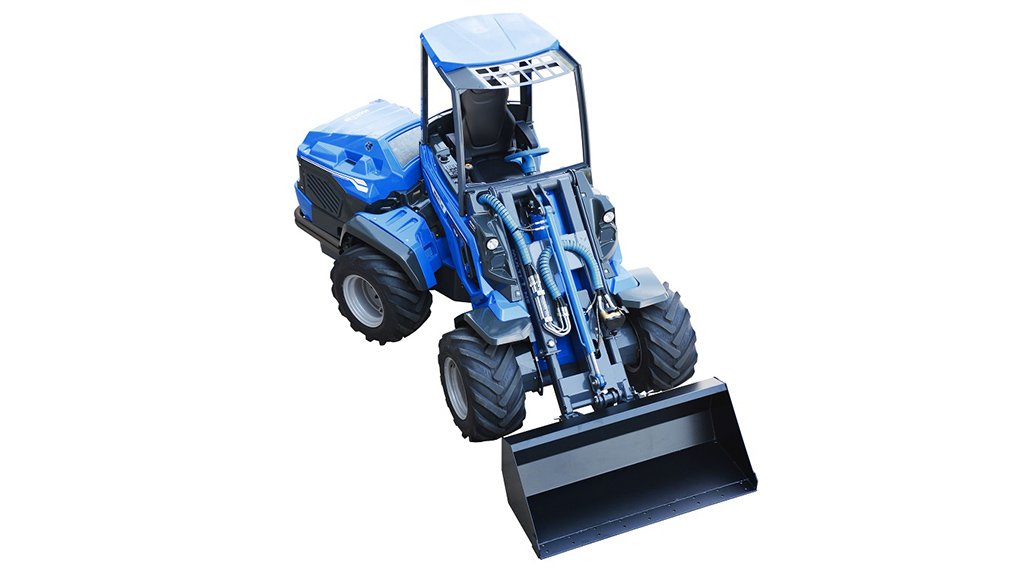 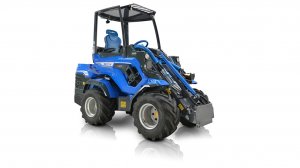 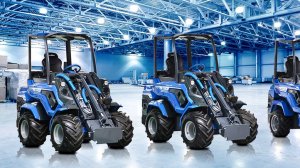 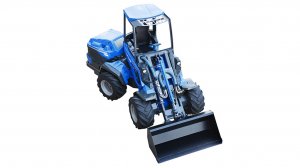 8-SERIES Compact loaders from MultiOne aim to rival the more expensive skid-steers
NEW RANGE MultiOne SA will launch the 6.3+, the 7.3+ and the 8.4 at this year’s BAUMA CONEXPO AFRICA
LARGEST COMPACT LOADER The largest compact loader in the world, the MultiOne 10.8 might make a surprise public debut at BAUMA

MultiOne SA director Lofty van Wyk tells Engineering News that its products have, therefore, had a solid performance in terms of sales and reliability.

The compact loaders from MultiOne SA are wheeled mini loaders that serve as a substitute for more expensive skid-steer loaders. The major advantage of MultiOne loaders, reflected by their name, is that various attachments can be fitted to their telescopic booms for several purposes, from green care to excavating and even street cleaning.

Van Wyk says the loaders are imported as fully assembled machines, allowing for a quick turn- around time once a machine has been ordered. The full range of machines, including the M-series, S-series, SL-series, 7-series, GT-series, QTrak-series and Star- series loaders, as well as locally popular attachments, is show- cased at MultiOne SA’s Jet Park showroom.

The company will also display its full local range of products at construction and mining trade fair BAUMA CONEXPO AFRICA 2015, which will take place at the Johannesburg Expo Centre from September 15 to 18.

Van Wyk tells Engineering News that MultiOne SA might launch the world’s biggest compact loader – the MultiOne 10.8 – at BAUMA, if the new machine reaches the country in time.

Further, visitors to MultiOne SA’s stand can look forward to the launch of the MultiOne 6.3+, 7.3+ and 8.4 models of new compact loaders.

He says only the popular variants of attachments will be showcased at BAUMA, owing to the vast number – more than 170 – of attachments available for MultiOne loaders.

“Some of the attachments are highly specialised for specific applications,” Van Wyk says. He cites MultiOne’s hydraulic-powered solar panel washer, which can be used to accelerate the process of cleaning arrays of solar panels on solar farms, making it unique and ideal for use in the renewable- energy industry, as an example.

The most popular compact loader to date has been the MultiOne 6-series, “purely because this machine is well balanced in terms of power and auxiliary hydraulic output”, he adds.

Van Wyk attributes the 6-series’ popularity to its high-pressure hydraulic flow, which some of the attachments require. He adds that “very few” competitors’ products can compete head to head with the 6-series in terms of versatility.

Other attachments designed to undertake various tasks include those used for maintenance, green care, landscaping, construc- tion, excavation and digging, forestry, and agri-culture and farming. These include, but are not limited to augers, sweepers, grass cutters, high-pressure washers, screeners, graders, winches, grabbers, log cutters and log splitters, trailers, tree transplanters, levellers and even cement mixers.

Van Wyk says the attachments are easy to fit and can be installed by one person in as little as eight seconds. Further, the hydraulic connection – used to power the attachments – has been simplified using a fast plug-and-play type of system that can be connected within seconds. “It’s so easy that a two-year-old child could prob-ably install any of the attachments,” he adds.

MultiOne SA decided to only import loaders with high-output motors, as the company wants to offer clients powerful products that will “live up to their expectations”, Van Wyk says.

“Although the major original-equipment manufacturers of skid steers have a proven concept in the skid-steer model, one of the key advantages of MultiOne’s loaders is that they are lightweight,” he points out, adding that MultiOne’s compact loaders are typically a third of the weight of a skid-steer loader, “making them easier to transport between different sites”.

Van Wyk further highlights that, owing to MultiOne’s machines being small, they do not require large engines. This equates to fuel-efficient operations and reduced maintenance costs.

Other advantages include a higher ground clearance, compared with other skid steers, and a hydraulic telescopic boom.

The MultiOne loader also features a hydrostatic four-wheel drive, which enhances the skid-steer loaders’ terrain-handling capabilities. This is coupled with differential locking mechanisms to assist with traction in challenging terrain, thereby ensuring that the machines do not become bogged down.

Further, because the steering mechanism of MultiOne’s loaders works through an articulated joint, damage to a terrain is minor, compared with other skid steers’ “notorious” reputation for “tearing up” loose surfaces, such as grass and loose paving, Van Wyk notes.

Regional Representation Besides its Jet Park facility, MultiOne SA also has dealerships in Tzaneen and Nelspruit, through agriculture equipment company Agrigear and general supplies company Conway respectively. Construction equipment company Turner Morris has also partnered with MultiOne SA as a national dealership, with MultiOne products also being distributed through an agent in the Western Cape.

The company provides after-sales support through the mobile and on-site servicing of all its machinery, and Van Wyk says product warranties are offered in terms of replacement parts.