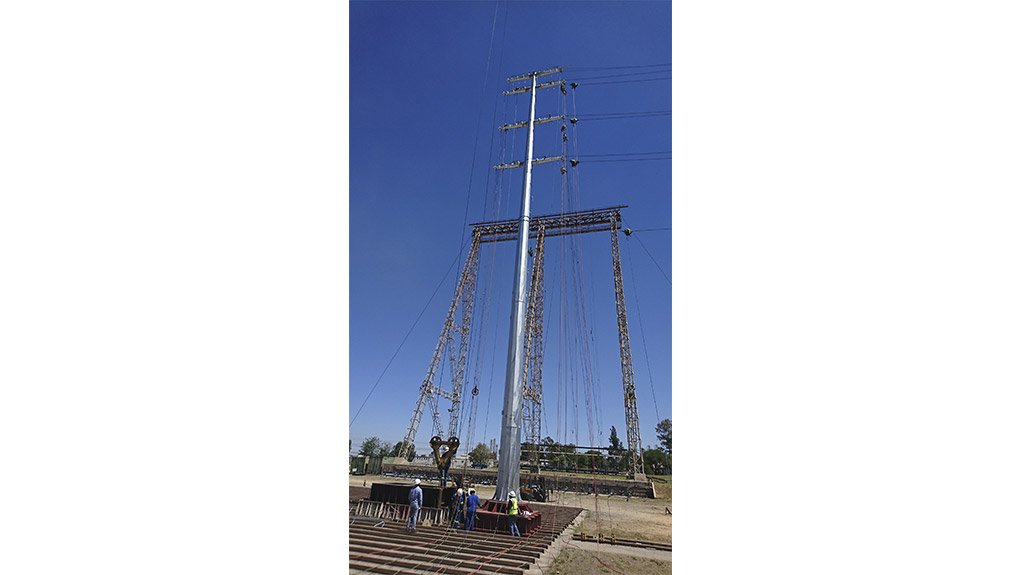 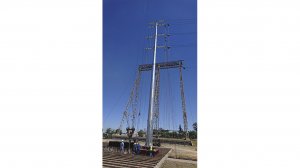 Steel products and related services company Structa Group senior mechanical engineer Erasmus Cilliers says the option to use self-supported masts is becoming prevalent in deciding the type of structures to use in transmission and communication projects.

This is especially prevalent when the structures are to be situated in the vicinity of areas identified as high vandalism or theft risk areas.

Self-supported masts are designed to support conductors without any external support such as a strut or stay wires.

He adds that Structa Group is constantly designing and optimising masts and lattice-type towers for various projects and planned project proposals.

Masts can be constructed from five sections with up to and over a hundred parts, depending on the additional supports such as stays or strut systems.

He explains that the galvanising of the masts, paired with the low number of holes and surfaces provides exceptional corrosion protection and significantly extends the life of the structure.

Another significant characteristic of self-supported masts is the esthetical aspect, as it has a small footprint and only requires a little land space.

Meanwhile, theft of steel is one of the leading problems in many countries, highlights Cilliers. “Towers are being stripped of their steel members and are sold as scrap. Some members of welded towers are also being removed using portable power tools.”

He adds that this problem; however, it does not affect steel masts as it cannot be disassembled using regular tools or transported with domestic vehicles. “When a mast is surface-mounted in an area identified as high theft or vandalism risk, the foundation gets an additional concrete cap that conceals the bolts.”

Structa Group designed and supplied masts for an electrification transmission project in Ethiopia. The initial contact for this project was made in June 2015, the final masts were delivered late 2017, and the project was concluded at the end of the full-scale tests in February 2018.

“The masts manufactured for these lines were some of the biggest masts ever manufactured by Structa. They were required to be freestanding and supported two power line circuits with their respective optical ground wires simultaneously by means of eight cross arms,” notes Cilliers.

The project forms part of a large-scale electricity infrastructure upgrade for Ethiopia and focuses on the transmission of electricity from power station to substations in the Addis Ababa region.