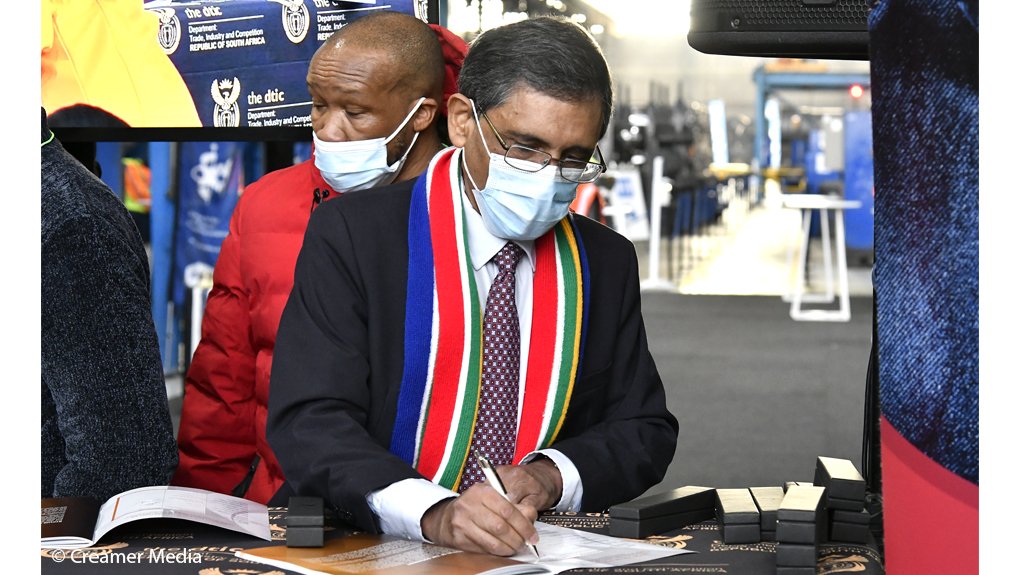 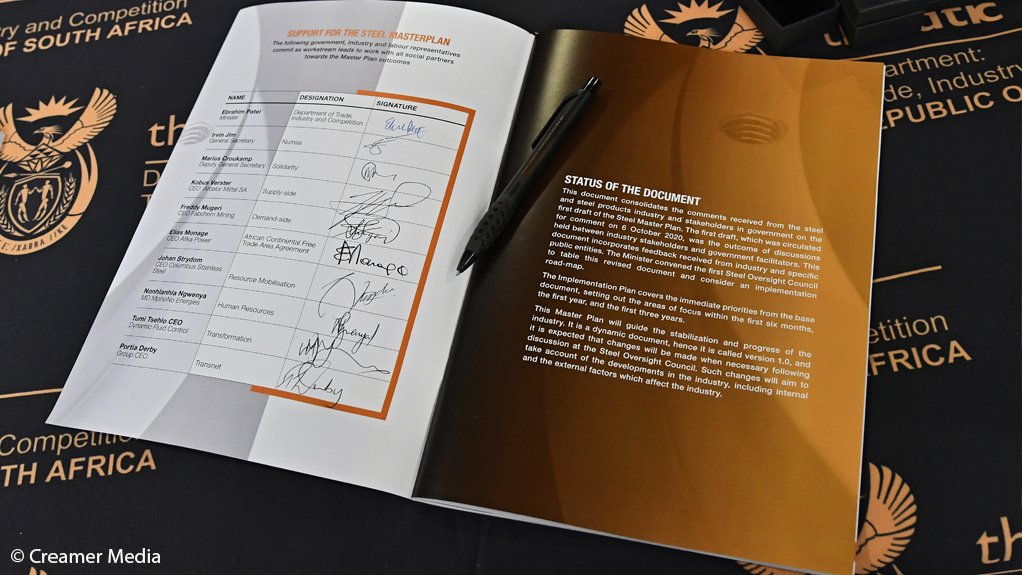 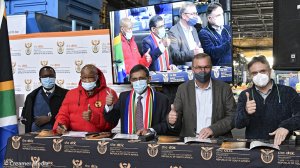 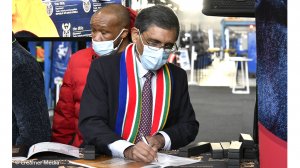 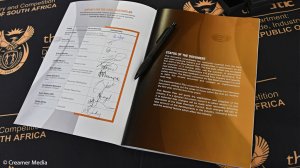 A new master plan aimed at stabilising South Africa’s steel industry and creating a platform for the revival of the country’s embattled downstream steel fabricators was signed by representatives from business, labour and government on Friday.

The ceremony, which took place amid the constant hum of heavy machinery at Hall Longmore’s factory in Wadeville, in Gauteng, was addressed by Trade, Industry and Competition Minister Ebrahim Patel, who said a new partnership was required if South Africa was to rebuild a “strong, competitive and job-rich steel industry”.

It has also been signed against the backdrop of serious Covid-linked steel supply backlogs, as well as growing frustration within the sector over ongoing tariff protection for ArcelorMittal South Africa, which was among the signatories to the master plan, and recent steep price hikes implemented by the company.

Patel said the masterplan did not represent an end to all tensions in the industry, but rather an effort on the part of a “critical mass” of industry stakeholders to tackle ongoing deindustrialisation, as well as the constraints to future growth and employment in the sector.

Barnes Group director Doron Barnes, whose company acquired steel pipe manufacturer Hall Longmore from Murray & Roberts in 2014, said he had already witnessed first-hand the power of collaboration, with government’s intervention having played a key role in averting the closure of Hall Longmore and having its equipment relocated to Nigeria.

“It is always easier to complain, blame and criticise rather than to put in a meaningful effort to create sustainable solutions,” Barnes said in his address on the factory floor, adding that the master plan created the platform to “map a way forward” with the support of government.

The plan has been developed on three pillars, namely:

Patel said the details of the fund were still being finalised, but indicated that there was no intention of channelling the money through government and that it would be administered by the industry itself.

A multi-stakeholder Steel Oversight Council had been established to oversee the implementation of the master plan and the fund.

Patel stressed that fiscal transfers, in the form of an incentive, were not viewed as a fundamental driver for reviving the sector.

“It’s going to be about increasing domestic demand for steel. That can and must be a more significant way in which the State can support local industry than by making R1-billion available through concessional funding,” he explained.

“The big gains will be made by moving our infrastructure programme from shallow waters to deep waters and to get it moving on a bigger scale and then introducing a localisation requirement not only on primary steel, but also downstream steel.”

Patel reiterated his argument that, at 25% of gross domestic product, imports were playing a disproportionate role in the South African economy and that there was scope for higher levels of localisation, including localisation of steel and metal products.

An accord had, thus, been reached at the National Economic Development and Labour Council to drive progressive localisation of up to R200-billion of additional production over a five-year period.

National Union of Metalworkers of South Africa general-secretary Irvin Jim, who put his signature to the master plan, argued that the steel industry needed to begin casting its mind beyond being in “survival mode” and use the platform to reverse deindustrialisation and put a stop to the jobs “bloodbath”.

Jim said “manufacturing matters” and it was essential for the country to unite behind that theme, as the sector was key to creating “quality jobs, that pay a living wage”.

He warned, however, that manufacturing was being further threatened by load-shedding, as electricity formed the basis for industrial investment.

Steel and Engineering Industries Federation of Southern Africa president Elias Monage said there was also an urgent need to balance the interests of both downstream and upstream participants in the sector.

Stakeholders, he added, were unanimous in the belief that the country needed a primary steel industry, but that it was also vital that downstream industries, employing in excess of 200 000 employees, did not fail.

“The metals and engineering sector is a strategic industry for South Africa. The National Development Plan is largely dependent on steel and South Africa needs steel – thus the viability and competitiveness of the sector is in all our interests,” Monage said.