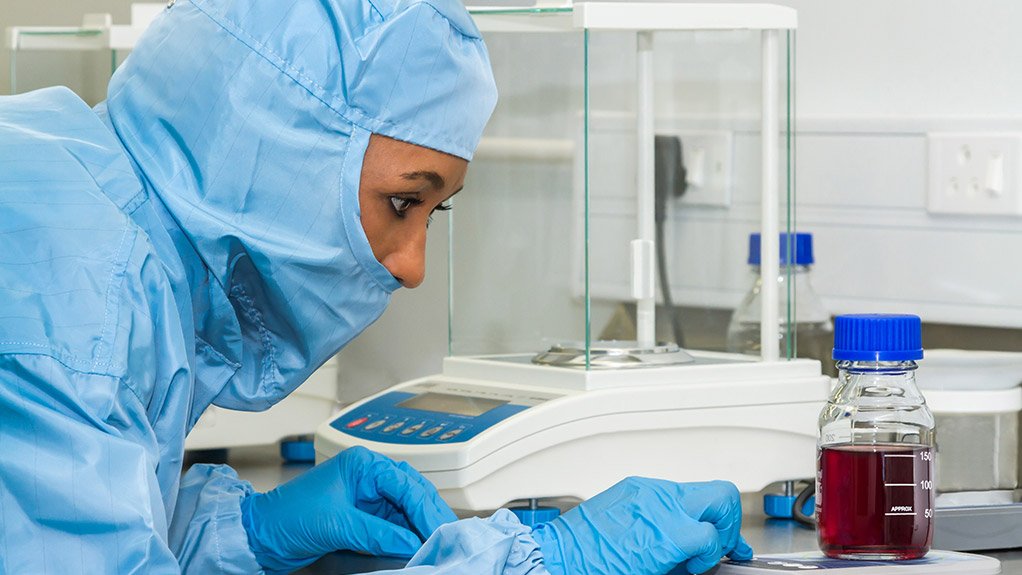 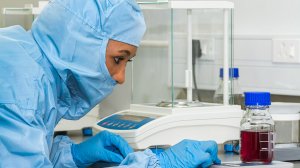 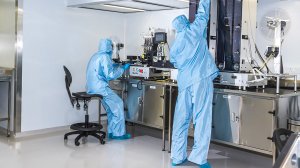 The facility, located at Mintek’s Nanotechnology Innovation Centre, in Johannesburg, was designed by consulting engineering firm Royal HaskoningDHV. It comprises ISO class 3 and ISO class 5 cleanrooms, as well as a biosafety level (BSL) 3 laboratory, with each area performing an important function in the development of the diagnostic strips.

The ISO class 5 cleanroom is used to manufacture the test strips, during which gold nanoparticle technology is used. The gold nanoparticles react with colourless antibodies or antigens on the surface of the strip, producing either two red lines for a positive result or one line for a negative result.

Meanwhile, Royal HaskoningDHV associate and mechanical engineer Walter van der Linde explains that the cleanliness of cleanrooms is rated according to the number of particles in a cubic meter of air, with ISO class 9 having the highest presence of particulates and ISO class 1 the lowest.

An ISO class 3 cleanroom was required for the nanoparticle technology of this specific manufacturing process, as the diagnostic strips could provide false positive or negative test results if contaminated by particles such as moisture and dust.

“ISO class 3 cleanrooms are typically used for material research, from which scientists are trying either to get very specific properties – which could be compromised if contaminated – or fabricate materials used in the construction of sensitive devices such as electronics.

“These cleanrooms are used to ensure that the contaminants do not interfere with the material research being conducted or the equipment being manufactured,” explains Mintek nanominerals and nanotechnology director and ISO class 3 cleanroom principal scientist Lucky Sikhwivhizu.

Meanwhile, the BSL 3 facility, which is situated in the ISO class 5 cleanroom, is used to validate the performance of the completed diagnostics strips using samples of malaria, HIV and TB.

Van Deventer explains that the ECS systems are used not only to ensure that the particulate count is maintained through adequate filtration in the two ISO rooms but also to provide sufficient air pressure differentials between the spaces or rooms to avoid contamination of the clean areas.

“The rationale is that scientists working in the facility will move from a less clean zone to a cleaner zone. The pressure created by the ECS will ensure the less clean air is flushed out of the clean zone,” explains Van der Linde. The BSL 3 laboratory, on the other hand, is designed to confine the air to the room, to avoid the escape of any airborne pathogens in the BSL 3 laboratory.

He points out that to reach the cleanliness levels of ISO class 3 cleanrooms, unidirectional airflow is required to limit air turbulence, which could cause uncontrolled dust movement and contaminate the rooms.

To achieve this, Royal HaskoningDHV designed special unidirectional airflow system (UDAF). The UDAF plenums are ceiling-mounted above the working surface and recirculate the air in the room using HEPA and ULPA filters in the ISO class 5 and ISO class 3 cleanrooms respectively.

The unidirectional airflow systems supply air downwards in parallel streams and force contaminated air out of the working area where the highest risk of contaminants exists. A portion of the room air is then returned to the air-handling unit through grills installed into the raised floor of the facility.