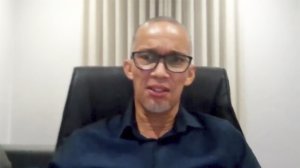 To overcome the challenge of a seemingly booming illicit market for cigarettes and alcohol, and to stem the tide of such illicit products in the local economy, requires enforcement of existing laws and adoption of new ones, says South African Liquor Brandowners Association (Salba) CEO Kurt Moore.

He spoke during a February 3 webinar hosted by Business Leadership South Africa on illicit trade, especially within the cigarette and alcohol industry, particularly in light of bans on the legitimate sale of these products implemented over the past year.

Moore explains that illicit markets for alcohol have expanded, especially during the recent prohibitions on sales brought about by Covid-19 Alert levels and government’s efforts to limit the number of people requiring hospital beds.

The government is of the opinion that rampant alcohol abuse results in more casualty admissions, thereby occupying invaluable hospital bed space that could instead be used for Covid-19 patients.

However, he says that, when alcohol is banned, illicit markets are given “carte blanche to do whatever they like”, and in the process flourish as they become the only option for consumers.

Panellists participating in the webinar also suggested that some consumers may not return to legal avenues of buying both cigarettes and alcohol once such bans are lifted because the illicit market may offer cheaper prices.

As such, Moore posited that the most efficient force against illicit trade was legal traders who sell genuine products.

He pointed out that studies conducted by Salba in 2017/18 had revealed that about 14.5% of the volume sold by the alcohol industry comprised illicit products. Of this, about 7% made up the value of illicit products.

“This tells you that the volumes are much higher than the value, which means they are playing in the lower end of the price continuum. This is a similar challenge to what the cigarette industry is facing.”

Meanwhile, Moore said the breakdown of illicit trade within the alcohol sector included about 30% of counterfeit products that look similar to genuine products. “Counterfeit is the most dangerous of the lot,” he cautioned.

As such, Moore said the legal alcohol manufacturing industry was governed by the Liquor Products Act which includes provisions about how alcohol is produced and what can go into alcoholic beverages and, “more importantly” what cannot go into alcoholic products.

In this regard, counterfeit products pose the most severe problem as unknown ingredients go into them, which could impact the health of those who consume counterfeit alcoholic products.

Further, he highlighted that, in December 2020, a Salba member’s business was broken into with bottle caps being stolen. These criminals, Moore said, wanted to use those bottle caps to refill and sell counterfeit products that appear to be the genuine article, “duping consumers into believing it is an original product.”