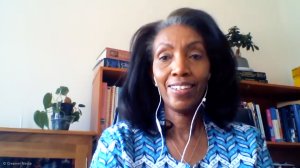 JOHANNESBURG (miningweekly.com) – A German-funded project to develop a green hydrogen atlas across Southern Africa is integrating the Southern African Development Community (SADC) region ahead of the projected opening up of a trillion dollar market going into the future.

Southern African Science Service Centre for Climate Change and Adaptive Land Management (Sasscal), which has been turned into Southern Africa’s implementation organisation for the promotion of the Paris Agreement and the reduction of greenhouse gas emissions, is looking with conviction to the day when green hydrogen is in widespread use across SADC countries and the world as part of the global fight against climate change. Sasscol is committed to the successful implementation of this project in 11 SADC countries.

“We’re moving really fast,” Sasscal executive director Dr Jane Olwoch commented to Engineering News & Mining Weekly in a Zoom interview, in which she described the green hydrogen atlas project as the starting point of a process to firm up data and validate green hydrogen sweet spots. This is expected to be followed by the building of a pilot plant that is able to demonstrate the competitiveness of Southern African green hydrogen generation ahead of commercialisation.

Since the programme was launched in Germany in June, a regional technical committee with high-level technical know-how in renewable energy, climate expertise, water resources and socioeconomics has been established. Online engagement with SADC countries is at an advanced stage and on the horizon are:

Sasscal has engaged online with ten SADC countries, including Namibia, Angola, South Africa, Zambia, Botswana, Zimbabwe and Eswatini. Namibia and South Africa have established national green hydrogen structures, with the South African team made up of:

“The green hydrogen export market potential is much larger than the local green electricity market,” Roos stated in the Hydrogen, Fuel Cells & the Green Economy feature in this week’s Engineering News & Mining Weekly.

“Renewable projects built for hydrogen production might even be a way for South Africa to subsidise the strengthening of its physical transmission grid, reducing the cost to the fiscus or existing electricity consumers,” Roos added.

In the same feature, Bessarabov stated: “Water electrolysis can be used to produce hydrogen gas on a large scale. This hydro­gen can be stored in different forms and sub­sequently used in various sectors.”

HySA Infrastructure is leading research and development efforts in South Africa in water electrolysis, based on polymer electrolyte membrane (PEM) electrolysis technology, in which deionised water is spilt into hydrogen and oxygen on the application of an electric current.

Oxygen and protons are generated at the anode that contains iridium­-based electrocatalyst. Iridium is a platinum group metal (PGM). At the cathode, the protons that pass through the PEM are reduced by electrons to form hydrogen gas at a platinum­-based electro­catalyst.

“Given the fact that the global water volume is estimated to be around 1.4 × 109 km3, hydrogen could be seen as an almost ever­lasting resource,” Bessarabov added.

In the same feature, venture capital company AP Ventures said: “As a renewable energy-rich country, South Africa has the potential to be a leading global source of low-cost green hydrogen, which offers the exciting economic opportunity to create a long-lasting sustainable industry powered by PGMs, both domestically and internationally.”

“Hydrogen offers the opportunity to unlock investment into South Africa and create employment plus a competitive export market. Liquid organic hydrogen carrier technology is a key enabler to link the potential of South African low-cost green hydrogen production, both with domestic demand and to international markets. Recognising this valuable opportunity, we and our investors are working to make the hydrogen economy a reality both in South Africa and worldwide,” stated AP Ventures, the investors of which are the Public Investment Corporation of South Africa, Anglo American Platinum, Mitsubishi Corporation, the Toyota-linked Mirai Creation Fund and Plastic Omnium.

Superior Pressure Solutions (Spress) MD Dawie Strauss stated: “We believe that hydrogen, as an alternative energy source, could change the landscape of the African market, which will lead to cost savings for our clients and contribute to making our continent greener.” Spress is a pressure equipment specialist, which has introduced hydrogen technology to the African market from German high-pressure systems supplier Maximator.

It was also highlighted in the feature that biogenic fraction of municipal solid waste is being used as a renewable feedstock to produce hydrogen at the low cost of at less than $2/kg. This is being done by global renewable energy company SG H2 Energy, part of the Solena Group, which is represented in South Africa by Fuel Cells Africa, whose CEO is Robert van der Merwe. Solena’s technology converts municipal and agricultural waste into a biosynthetic gas, which is used to produce hydrogen, in response to the critical issue of global warming and waste pollution. Fuel Cells Africa reported the finding of the Lawrence Berkley National Laboratory that for every 1 t of hydrogen produced, Solena’s process displaces 23 t to 31 t of carbon dioxide, 13 t to 19 t less than other green hydrogen production processes. According to the draft State of Waste Report published in 2018, South Africa generated 52-million tonnes of general waste, of which 40% was recycled, with the remainder landfilled.

“Africa and Southern Africa have growing populations, young people who are hungry for knowledge, technology and know-how, and this project puts us into this top technology, knowledge and information category. It’s really exciting for me because it’s young people who will really sustain the project that we’re taking steps to develop,” said Olwoch.

The Green Hydrogen Atlas-Africa project was officially launched on June 10, when Germany’s Parliamentary State Secretary Thomas Rachel gave the go-ahead for BMBF’s financial support for the project, which is aimed at strengthening and supporting the region’s capacity for a viable hydrogen economy. The immediate outcome of the project will be an interactive atlas, showing green hydrogen sweet spots.

The success of this, Olwoch stated, can only be realised through strong partnerships between nations that are otherwise separated by many factors, such as physical barriers, and social and economic factors.

Sasscol, which has identified the SADC Centre for Renewable Energy and Energy Efficiency (Sacreee) as a key player to this implementation, has signed a memorandum of understanding with Sacreee, which is helping to strengthen the climate change and energy nexus in the region.

The private sector will be engaged and companies are being approached to join Sasscol.

BMBF energy and green hydrogen technology head Dr Christoph Roevekamp has described SADC as being well positioned as a potential exporter of green hydrogen into a trillion dollar market.

“If we look on the global level, we see that there is a world market for green hydrogen and also for its derivatives, such as ammonia and methanol. All this happened much faster than many people expected so green hydrogen will be able to be produced at the same cost as fossil or blue hydrogen, and this could be achieved in the next two or three years. Therefore, I think the timing of our Green Hydrogen Atlas-Africa is right and the initial outcome from the atlas will provide evidence-based information for policy-makers, investors, companies and researchers,” Roevekamp said.

Institute of Energy and Climate Research head technoeconomic system analysis Professor Dr Detlef Stolten made the point during last month’s workshop that hydrogen being able to power fuel cells will increase demand for platinum mined in the SADC region. South Africa and Zimbabwe host close to 90% of the world’s known PGMs.

On the legislative framework required for green hydrogen to be developed, Sacreee executive director Kudakwashe Ndhlukula has stated that the Sacreee, besides providing technical inputs, also has convening powers to bring in the governments of the region and also to take the initiative to the governments, so that there is total buy-in.

Activities are being aligned towards developing SADC into an industrialised region, with renewable energy and green hydrogen identified as opportunities to realise the industrialisation goal.

The second partner in Africa is the West African Science Service Centre for Climate Change and Adaptive Land Management.