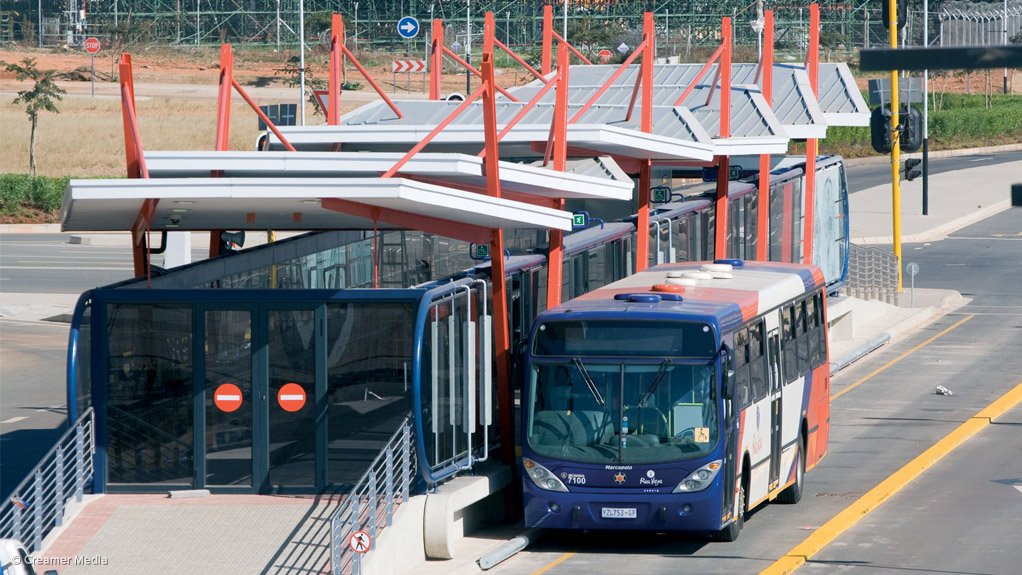 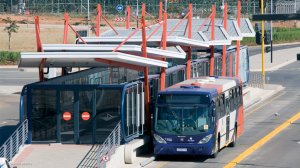 The 25-year integrated transport master plan for Gauteng, generated by the 2037 Consortium, is on track to be presented to Gauteng Roads and Transport MEC Ismail Vadi at the end of this month, says consulting engineering company Gibb traffic engineer and transport planner Lize de Beer.

The consortium will present some of the draft plans for the transport master plan, such as a restructured hierarchy of public transport services and proposed new transport infrastructure.

Vadi stated in March last year that the 2037 Consortium would be assigned to draw up a new 25-year transport plan for Gauteng, mapping future road, freight and rail developments for the economic powerhouse of South Africa.

He added that the 2037 Consortium would draw up a master plan to investigate existing transport planning and infrastructure in the province, as well as consider current land use, as it went about identifying significant points of departure and arrival, such as home and work, creating transport corridors.

“The consortium would also have to consider that we have more than 200 000 people migrating to Gauteng from other parts of the country each year and that we have a large number of people coming here from the rest of Africa,” noted Van der Merwe.

Gibb is part of the management committee that coordinates and guides the various subtasks for different work streams. The company, and others in the committee, are also responsible for the freight plan, demand modelling, scenario planning and the nonmotorised transport plan.

Gibb consults with the consortium’s land-use planning team and has substantially upgraded the transport demand model to enhance its multimodal choice component. It is also coordinating all the inputs from the freight, road, rail, land-use and public transport work streams to test the different land-use and transport scenarios using the transport model.

“We provide experienced and dedicated transport planners with knowledge of the pertinent transport and land-use planning challenges in Gauteng. We have been involved in large transport projects such as the Gautrain rapid rail link and sections of the Rea Vaya bus rapid transit system. We have also teamed up with international specialised transportation modelling experts,” De Beer states.

These experts have substantial previous experience in local multimodal modelling projects, such as the Gautrain, a demand modelling project done a few years ago to assess the viability of a commuter rail concession to a private operator on the East Rand and a Southern African Development Community freight demand model.

She says Gibb has substantially upgraded the Gauteng Department of Roads and Transport’s transport demand model, in line with international best practice, to better test policy decisions that can, in turn, influence future modal choice.

She adds that the ultimate aim of the plan is to promote more sustainable public transport modes.

To investigate the impact of likely future impacts of freight traffic volumes, Gibb has added a freight component to the transport demand model, based on the bulk freight data in the province.

Monthly 2037 Consortium steering committee meetings are held, during which Gibb presents its progress on the various workstream activities to receive input on and align the fundamental transport principles adopted or to be tested using the demand model.

The steering committee is set to comment on the draft transport master plan in July.

Meanwhile, De Beer says, despite the transport policies in place to discourage urban sprawl, it is still continuing, resulting in a need for transport and other departments, such as housing, to cooperate better with one another.

“The transport master plan is not just a transport project. People have to travel to access economic activities, so transport can’t be regarded in isolation, as it is linked to land use. The improved integration of transport planning and land use is, therefore, important, and to achieve this in the long-term requires cooperation with departments that decide where affordable housing will be developed,” she states.

Implementing policies, such as mainstreaming nonmotorised transport, is also a challenge.

Other challenges include funding the transport system, better integration between commuter-rail and road-based public transport modes and ensuring that these are not planned in isolation, but complement each other and function seamlessly across administrative boundaries.

“We will consider the plan a success if it is technically sound, sustainable, well integrated and receives buy-in from most of the stakeholders,” she concludes.