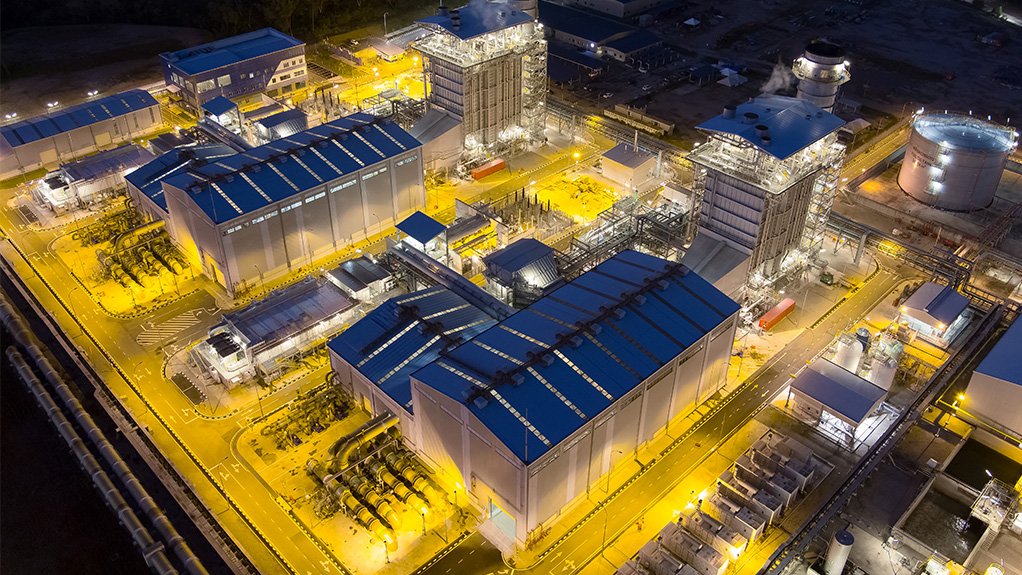 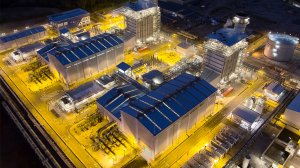 Given growing decarbonisation expectations and the decline in renewable power generation costs, multinational industrial company General Electric (GE) sees gas playing a critical role in South Africa’s energy transition. Renewable energy is also considered an important aspect of the transition, with the market predicted to grow as rapidly as the supply chain and infrastructure market will allow it to.

While the renewables market continues to grow, the forecast by the International Energy Agency is that, by 2050, gas is expected to reach around 18% to 20% of this mix. “This means gas will play a critical role in the energy transition by complementing the renewables growth and supporting grid reliability,” explains GE Executive director: decarbonisation strategy & partnerships for Gas Power EMEA, Salim Mousallam.

“This is a critical point, since gas power will provide synchronous power to support energy supply when the wind is not blowing or the sun is not shining,” he notes.

GE believes the combination of renewables and gas offers the fastest pathway for South Africa’s decarbonisation strategy, in a country that is predominantly coal powered. A coal to renewables transition sees a 45% maximum reduction in carbon dioxide (CO2); however, a coal to gas transition can achieve 60% in CO2 reduction if a high efficiency gas turbine is used, such as GE’s HA gas turbine.

“If this is used in combination with gas and renewables, a 78% reduction in CO2 can be achieved, bringing the country closer to its goal of net neutrality by 2050,” says Mousallam.

Regarding the role of coal-to-gas switching at Eskom power stations, Mousallam says coal repurposing is at the top of the agenda for the GE team in South Africa.

“For coal to gas switching to be effective, you have to look at all the dynamics that go with it. You need to look at the market, the available technology and government policies that will drive an enabling environment,” he says.

Admitting that this is easier said than done, he notes that with a coal-to-gas transition, through the introduction of liquified natural gas (LNG) or indigenous gas when available, gas pipeline development will be critical in bringing the molecules to plant site. More importantly, the most efficient gas power technology will be required to achieve competitive tariffs.

GE has high-efficiency, air-cooled gas turbines that offer the highest efficiency and, therefore, the lowest CO2 emittance. And this, he emphasises, includes the use of lower carbon fuels that such technology can employ.

GE’s HA gas turbine portfolio is particularly fitting for South Africa. It is the largest and most efficient gas turbine in the GE fleet in the world. It holds several world records, it boasts between 60% to 64% efficiency, and it has a 50% hydrogen-burning capability, equating to a 60% CO2 reduction. If the turbine can secure more hydrogen, this increases the CO2 reduction to between 70% to 80%. By burning 50% hydrogen with carbon capture, the power plant could achieve close to 97% CO2 reduction. GE has plans to reach 100% hydrogen in the early 2030s, resulting in a 100% CO2-free gas turbine burning low carbon intensity fuels.

In addition, Mousallam says that govern-ment policies will be crucial to support the energy transition for power utility Eskom and the country. Government and financiers, including those making available the COP26 climate funds that have been directed to South Africa to support the transition, all need to be linked together to support the market, the technology and the policy to drive that switch for Eskom.

It is important not to become overwhelmed with the thought that everything will happen overnight.  Acting with speed today with continuous, incremental steps forward are critical in this decade of action to decarbonize power generation..

The new LNG terminals, indigenous gas development, and the availability of neighbouring countries’ gas can all be utilised as an initial step to start small, and then expand these ideas by, for example, building the reticulation of pipelines that are required for the indigenous gas or LNG supply.

While recognising that the infrastructure for gas is a challenge, Mousallam believes that South Africa is already taking the initial steps towards this transition, particularly when seen in combination with carbon capture and
the blending of hydrogen.

Green hydrogen comes from renewable energy sources and is more efficient when used for transportation and mobility rather than in gas turbines. Blue hydrogen is a lot more economical than green hydrogen when the feedstock and pipeline for natural gas are already available and new technology
for carbon capture is widespread.

Mousallam remarks that the challenge will be whether the marketplace will have enough hydrogen to support such a gas turbine in 2030, which will need to be overcome through government policy and incentives.

Another way to speed up the decarboni-sation process is through carbon capture, utilisation, and storage (CCUS), which is a crucial pathway to lowering carbon emissions from power generation to near-zero levels. Mousallam explains that GE was recently selected to develop a front-end engineering design (FEED) study for a ‘first of a kind’ large amine-based post combustion carbon capture at scale solution to integrate with a proposed H-Class natural gas fired power plant at Teesside, UK. Following completion of the FEED study, GE Gas Power alongside its partners will bid for the EPC contract to construct the power station and carbon capture facility where GE Gas Power will provide proven expertise in natural gas combined cycle plant engineering, operability, and plant integration.

“GE is committing its research and eng-ineering and technology innovation into making CCUS better. The technologies today enhance the capture rate by increasing the CO2 concentration at the exhaust, and therefore reducing the capital and operational expenditure,” he says.

“The first step for customers such as Eskom is to start with FEED studies, which can help evaluate the art of the possible and how to drive down costs,” he concludes.