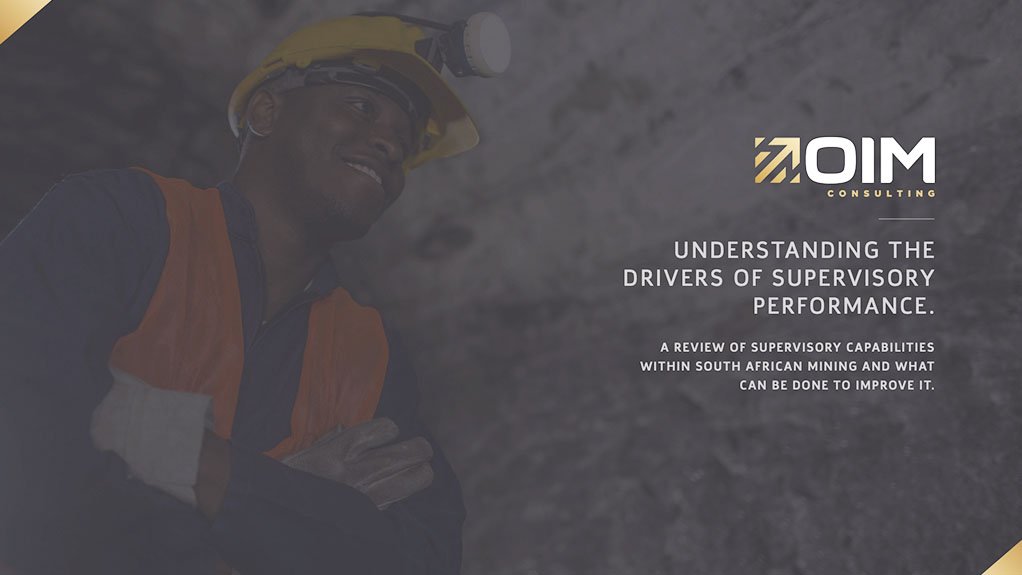 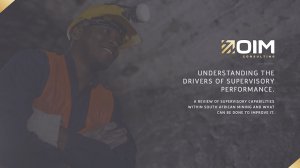 OIM Consulting, which specialises in increasing profitability through building front-line leader capability within the mining sector, recently conducted research into the operations of some of the country’s largest mines, and found that among those surveyed, 78% of supervisors were revealed to be unstructured and reactive in their role execution.

Furthermore, only 19% of front-line leaders demonstrated the required proficiency in their roles, executing their daily tasks at only 51% effectiveness. It was also found that up to 87% of direct managers said that they had low confidence in their supervisors’ ability to plan and execute effectively.

OIM Consulting MD Arjen de Bruin believes that the role of the supervisor or ‘front-line leader’ is critical in increasing operational capacity while sustainably meeting production targets. “The supervisor is the hub of the wheel and is responsible for delivering on the organisation’s strategy. Yet this is the one area where we consistently see a glaring need for intervention,” he acknowledges.

The company has recently launched a free e-book titled Understanding the drivers of supervisory performance, which outlines eight supervisor habits that dictate performance. “Ultimately, we have identified the underlying causes or poor operational performance in supervisors. Once these are understood and recognised, we can slowly start to address them, by flipping them over into best practices.”

“By identifying which key behavioural competencies are required at every level within the organisation - and by ensuring that people can deliver these competencies effectively - one can directly influence the organisation’s capability to deliver on its operational goals, which will help our sector take advantage of this opportunity we’ve been presented to play a key role in the betterment of our economy,” concludes De Bruin.

OIM Consulting’s free e-book 'Understanding the drivers of supervisory performance', can be downloaded at the following link https://oimconsulting.com/oim-e-book/