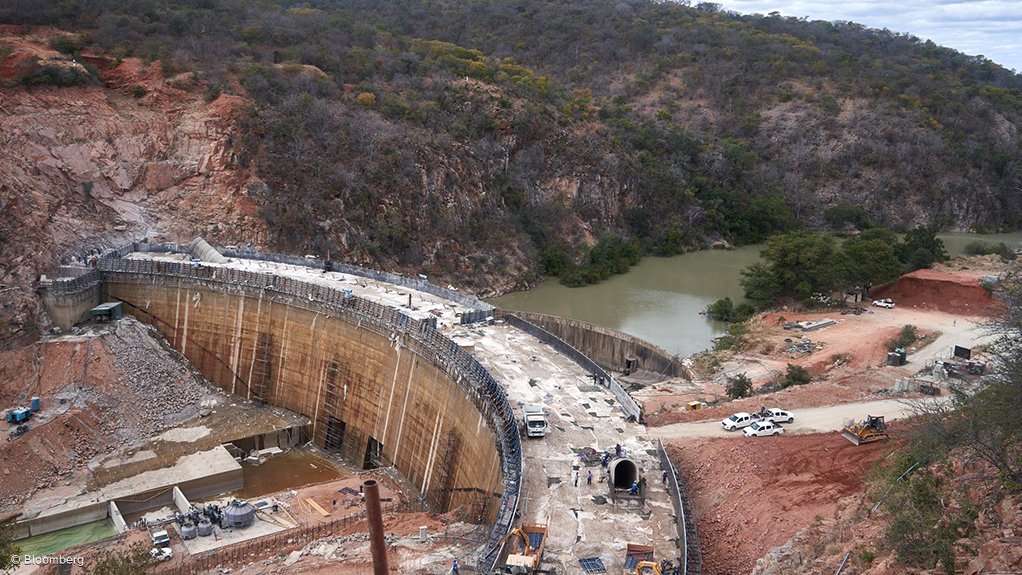 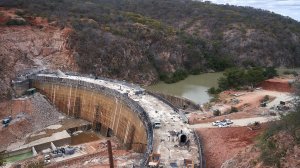 A $42-million dam a century in the making could end water shortages for more than half a million Zimbabweans -- and win votes for the ruling party in an opposition stronghold that may decide next year’s presidential election.

The expected completion early in 2023 of the Gwayi-Shangani dam 153 miles north west of Bulawayo is part of a strategy by President Emmerson Mnangagwa’s ruling Zimbabwe African National Union-Patriotic Front to capture votes in the country’s long-neglected second-largest city, according to analysts. Zanu-PF has traditionally struggled to make inroads into urban areas in the province, an area dominated by the minority Ndebele ethnic group.

“It’s a total shift,” said Alexander Rusero, an independent political analyst. “It’s a low-hanging fruit politically and economically. Strategically it is noticeable when a region that has been barren for too long in terms of development gets priority.”

After former president Robert Mugabe, a member of the majority Shona ethnic group, came to power in 1980, the city saw little in the way of investment, rapidly falling behind the capital, Harare, where roads, flashy new buildings and stadiums were built.

A military crackdown on a Matabeleland-based opposition group in the 1980s saw massacres in which human rights groups estimated 20 000 Ndebele died.

The investment comes at a time when the rest of Zimbabwe’s economy is ailing, with inflation at 257% and the country unable to service more than $13-billion in debt. Formal employment has collapsed and daily power outages last 10 hours, boosting opposition to Mnangagwa and increasing the importance of Bulawayo.

“We are seeing what amounts to an avalanche of development projects and presidential level visits as well as other initiatives,” said Eldred Masungure, a politics lecturer at the University of Zimbabwe in Harare.

In addition to the dam, which is being built by China International Water & Electric Corp., the government is pushing for the completion of power-plant expansions in the north of the Matabeleland province and is fixing roads in the city and rebuilding doctors’ quarters that were razed by a fire at its largest hospital.

“It has nothing to do with politics, but this has to do with the development of Matabeleland,” Kindness Paradza, Zimbabwe’s deputy information minister, said in an interview. “If the government doesn’t do any meaningful development we are criticized and if we do something good we are again criticized.”

LUGGING BUCKETS
The dam, which was first proposed in 1912, could finally end chronic water shortages in drought-prone Bulawayo. It caps decades in which the city has considered unfeasible plans -- from tapping a reservoir contaminated with sewer water to building a $5 billion pipeline to the Zambezi river.

Now, its existing sources of water, smaller dams on the city’s outskirts, have been drained by recurrent droughts. That’s led to frequent shortages with residents and businesses often forced to buy water for everyday use from private vendors who truck the commodity in from boreholes elsewhere.

“When we approach the dry season we only have water once in a while,” said Gilbert Mnyamana, 63, as he draws water from a well to tend a vegetable patch in Cowdray Park, an overcrowded and impoverished suburb in Bulawayo. “We then go dry for a while.”

The dam wall, when complete, will stand 72 meters (236 feet) tall, holding back a reservoir that can supply enough to meet Bulawayo’s needs three times over. A pipeline is being built to bring the water to the city. After a century of waiting, residents of a city where lugging 25-liter (7-gallon) buckets home from boreholes has become a daily chore are ready for it.

“The dam is our hope,” said Thembelani Dube, secretary general of the Bulawayo Progressive Residence Association.