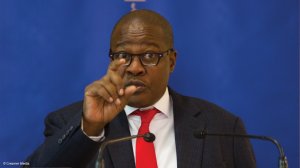 State-owned electricity utility Eskom has confirmed an overhaul to its coal-sourcing model, which could result in it withdrawing from its historical cost-plus arrangements with “tied collieries” in favour of arms-length commercial contracts with coal suppliers.

The change in strategy came amid a high-profile dispute with the tied Optimum colliery, which supplies the Hendrina power station, and where Eskom was pursuing a penalty claim of R2-billion, owing to breaches of contract.

Using the analogy of a bakery, acting CEO Brian Molefe said the idea would be to source “healthy bread”, or “healthy coal”, without actually “owning the bakery”.

“I don’t see the coal industry objecting to us getting the correct quality of coal for our power stations and getting out of the cost-plus arrangements. We are not interested in owning mines, we are not interested in contributing capital expenditure to the mines. We would like to buy coal from the suppliers that can give us coal at the best price,” he said, stressing the importance of greater contract “flexibility”.

Acting group executive for commercial and technology Matshela Koko, who is the only one of the four executives suspended by the board in March to have returned to his post, indicated that the majority of the group’s cost-plus mines were not performing.

“We invest capital into cost-plus mines and, if they perform, we get the cheapest price. [But] our cost-plus mines are not performing. We are not a miner and we should be getting out of that business,” Koko said, adding that the underperformance of the mines meant that Eskom was being forced to supplement coal with “expensive” short-term contracts.

In 2014/15, the utility’s primary-energy costs surged 19% to R83.4-billion, despite the fact that it burnt three-million tons less coal, or 119-million tons, owing directly to a fall in the coal-fired fleet’s energy availability factor (EAF), from 75.13% to 73.73%. The lower EAF had been largely blamed for an increase in load-shedding during the year and its recovery had been made a top priority by the electricity war room, set up by Cabinet in December.

A large portion (R6.8-billion) of the increase in primary-energy costs related to Eskom's take-or-pay contract with Exxaro for the Medupi power station, which was running well behind schedule and over budget. But Eskom’s direct coal costs, which comprised 53% of the R83.4-billion charge, also rose by R2.4-billion, while its diesel costs rose by more than R1-billion period-on-period.

Koko indicated that Eskom would in future seek fixed-priced coal purchases and would invest in infrastructure to create “equitable access” to the power stations, so as to encourage market competition to drive down coal costs.

The utility’s coal suppliers had been informed of the change and that Eskom would no longer be interested in cost-plus mines. “We are interested in a tender for coal of a certain quality, and whoever can supply us coal of that quality at the right price we will buy from them,” Molefe outlined.

During its dispute with Optimum, Eskom had reportedly told the mine that it was prepared to source coal from remote sources should that coal be delivered to Hendrina cheaper and to the correct specifications. “We will buy it 200 km away, because we need to contain our costs . . . and we need to get quality coal to our plant. The quality of the coal we have been getting from the mines we are tied to, because of [30-year] cost-plus contracts has been damaging our plant.”

Molefe also indicated that the source of the dispute with Optimum related to the fact that the Glencore mine wanted to be relieved of its obligation to continue to supply Eskom until 2018. “We are not in a position to relieve anybody of any obligation at the moment,” he said, noting that the utility remained under financial stress itself, owing largely to it not yet being allowed to charge 'cost-reflective' tariffs.

Eskom surprised on the upside with its 2014/15 results, reporting a profit for the year of R3.6-billion, which was far better than the R500-million forecast at the half year.

Its financial ratios deteriorated, though, with group gearing rising to 70%. However, post-year-end its gearing had fallen to 67%, owing to a R23-billion equity injection and the conversion of a R60-billion subordinate loan to equity. Eskom would, therefore, be approaching the capital markets, banks and development finance institutions for R55.3-billion during the current financial year, having raised borrowings of R49.5-billion in 2014/15.

Of the amount to be raised in 2015/16, Eskom planned to secure R16.5-billion from international bonds and loans and R8-billion from the domestic bond market.

The Optimum claims would, Molefe averred, be pursued as vigorously as outstanding municipal and Soweto debt was, with overdue debt of greater than 60 days having risen to R4.1-billion and R3.8-billion receptivity.

He argued that the mine had accrued penalties of R2-billion, which Eskom was pursuing legally. “The R2-billion must be paid, because they owe it to the taxpayer, to Eskom,” Molefe said.

In response, Glencore said Optimum disputed the Eskom penalty claim, which would have the effect of Optimum supplying coal to Eskom for an effective price of R1 a ton.

“The coal supplied by Optimum to Eskom is amongst the highest quality coal supplied to Eskom and is the quality of coal that the mine is capable of producing on a sustainable basis. Eskom has burnt the coal and it resulted in no meaningful issues for Eskom,” Glencore said.

It also noted that Optimum was in “business rescue as a result of the severe financial hardship which it has been suffering as a result of the Eskom contract” and that the business-rescue practitioners would determine the appropriate course of action for Optimum and are attempting to engage with Eskom.

Molefe, however, dismissed the argument that Eskom was in any way to blame for the mine’s predicament: “I know that Optimum has issued a statement to say that it’s because of Eskom that they are in difficulties, but that is not true – it is because of the way they have managed an existing contract and the way they have managed their business that have landed them where they are. They cannot begin to blame Eskom for their woes.”