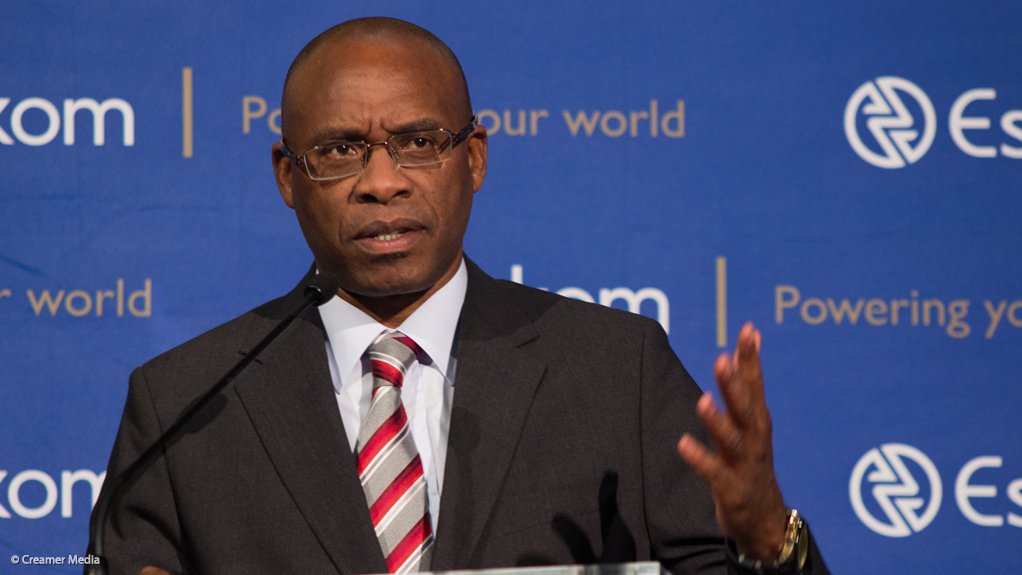 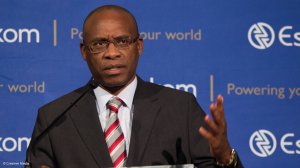 Eskom questions why CEO Tshediso Matona's suspension should be lifted before the outcome of his case at the Commission for Conciliation, Mediation, and Arbitration (CCMA), the Labour Court in Johannesburg heard on Thursday.

"... This is frustrating the work of the board to try and steady the ship," said Eskom's counsel Paul Kennedy SC of Matona's dual application to the court and the CCMA.

He said load shedding and Standard and Poor's downgrading of Eskom's rating would not suddenly end if his suspension was lifted.

He should rather wait for the outcome of an inquiry into the power utility's problems.

Kennedy said Matona's suspension on March 11 had a life of three months -- the duration of the inquiry.

While the case was being heard the company announced another round of blackouts.

Eskom believed there was nothing to show that Matona's reputation would be irreparably harmed by waiting for the outcome of the inquiry.

But Judge Benita Whitcher interjected: "Isn't Eskom itself vague about that?

"There is nothing in the papers to show when this inquiry is going to start."

Kennedy conceded that there was nothing "concrete" in this regard but insisted that "at best" there would be temporary harm to Matona's reputation.

For an application to set aside the suspension to succeed, it had to be shown that the suspension caused irreparable harm – which Eskom did not think had happened to Matona, he said.

"In the meantime the inquiry must proceed to try and resolve Eskom's crisis within three months. Eskom wants to suspend Matona so he does not pressure the inquiry or interfere with it."

Matona filed his case at the Labour Court and the CCMA on March 20.

Kennedy questioned whether Matona was allowed to ask the court for an order lifting his suspension based on its legality before the CCMA had ruled on the fairness of the suspension. He believed the CCMA process should run first.

Earlier, Matona's counsel Andrew Redding SC said his client was "confused" when he was told he was being suspended.

Before that there had been a meeting to decide whether to hold an inquiry into the company's problems. There was not enough support at the meeting but at a later meeting board chairperson Zola Tsotsi said the inquiry would go ahead and asked Matona to recuse himself for the inquiry's duration.

Matona had tried to clarify whether this was actually a suspension and whether he should go to work or not.

Matona was present at the hearing but declined to speak to the media, saying his conditions of suspension precluded this.