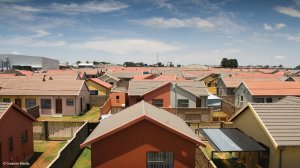 A new R8.9-billion housing development project on the East Rand of Gauteng is set to provide 22 000 houses over the next seven years.

The Leeuwpoort project, just off Rondebult road, comprises three integrated residential development areas, with two parts in the north, Parkdene Ext 7 and Reiger Park Ext 19, as well as one in the southern part, which is near Sunward Park.

“These houses will be allocated to individuals who do not qualify for fully subsidised housing, but equally cannot afford bonds,” said Ekurhuleni MMC for human settlements Lesiba Mpya.

The southern part of the development will provide some 15 781 mixed housing units, as well as five primary schools, two secondary schools, one college, seven community facilities, a private clinic, a retirement village and a full spectrum of commercial and retail developments.

Speaking at the sod-turning ceremony on Monday, Ekurhuleni Mayor Mzwandile Masina said the project was one of 12 megaprojects the metropolitan would roll out over the next five years to build 100 000 houses.

Human Settlements Deputy Minister Zoliswa Kota-Fredericks told attendees at the sod-turning that the development marked a turning point, as it signified a new beginning for the residents of Ekurhuleni. “This megaproject is on well-located land,” she stated.

Construction of the project is set to start on May 1, following the rehabilitation of radioactive contaminated land and the environmental authorisation.