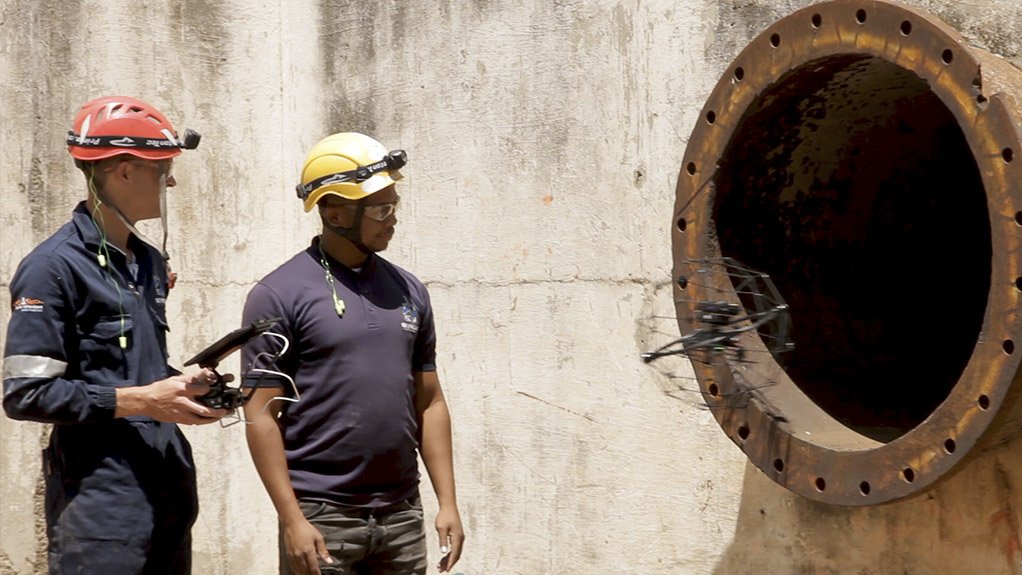 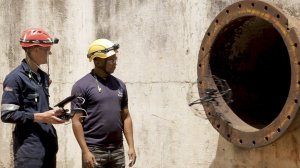 The drones were manufactured by a Switzerland-based drone manufacturing company Flyability, and Skyriders marketing manager Mike Zinn informs Engineering News that the drone technology is suited to visual inspection in indoor confined space environments, such as large coal-fired boilers and ducting at power stations.

“The drone is by far one of the biggest game changers in the new sort of industrial environment, for the simple reason that it can be deployed incredibly quickly. And it has a massive added bonus from a safety perspective, as you are putting a machine into a dangerous environment instead of a human being.”

He mentions that the drone incorporates a full high-definition camera, a thermal camera and a light-emitting diode system with remotely adjustable intensity, consequently making an array of onboard tools available for any lighting conditions.

A wireless communications system with a live video feedback enables the drone to function in usually inaccessible places, up to a 100 m beyond the line of sight.

“Our boiler inspection work has a huge amount of experience behind it. There are other companies that carry out boiler maintenance, but they lack the seasoned piloting capability of our drone team. Our team is really brilliant in ensuring that the deliverable is clear and stable footage, affording them the necessary time to carry out a thorough inspection,” highlights Zinn.

Skyriders has recently completed several jobs for State-owned power utility Eskom and various mining companies. The drones are used for the initial inspection, bringing back high-quality visual data through live feed or recordings.

The initial visual inspections , as well as solutions for problem areas, are discussed by the engineers.

Zinn adds that companies, such as petrochemicals producers and Eskom, have welcomed the idea of using drones – rather than people – to do risk assessments, as they are not only more cost effective but also safer, as scaffolding is not required.

“So, we've done some sort of world-first inspections in some locations using our drones, which would be very difficult to reach physically,” he says.

Launching the SkyEye Elios drone has created many opportunities for Skyriders, with the company to conduct major boiler inspections on “massive civil structures“ for a large petrochemicals company in Mpumalanga, and automated inspections on one of the tall concrete smokestacks of a platinum mine, in Rustenburg.