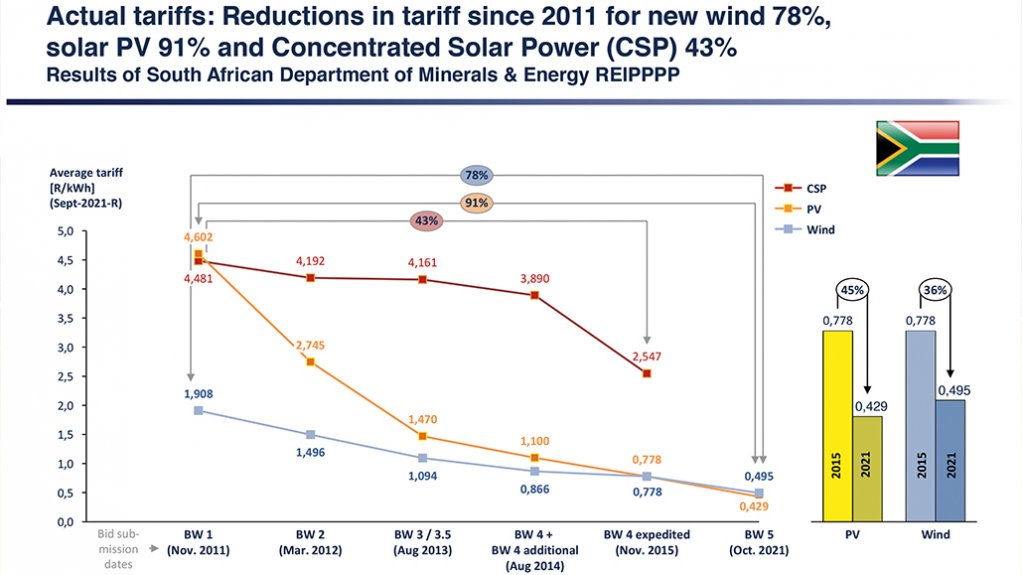 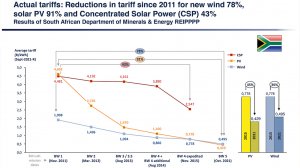 In late October, Mineral Resources and Energy Minister Gwede Mantashe announced the names of 25 preferred bidders to build 13 wind and 12 solar projects with a combined capacity of 2 583 MW.

The weighted average price across the projects came in at an impressive 47.3c/kWh, the lowest yet to be achieved in South Africa. The cheapest wind project was bid at 34.4c/kWh, while the cheapest solar PV project came in at 37.4c/kWh.

The price decline since the most recent previous bidding round of 2015 is equally impressive, with the solar PV tariffs bid this year coming in 45% cheaper and the wind tariffs 36% cheaper.

“The CSIR’s analysis has confirmed that South Africa is in a fortunate position to be able to transition to renewable energy sources as part of a least-cost power system.

“The REIPPPP outcome is aligned with our analysis of job creation opportunities and how renewable energy deployment can contribute towards economic growth and a just energy transition from coal to a blend of renewable energy complemented by energy storage and demand response,” Carter-Brown said.