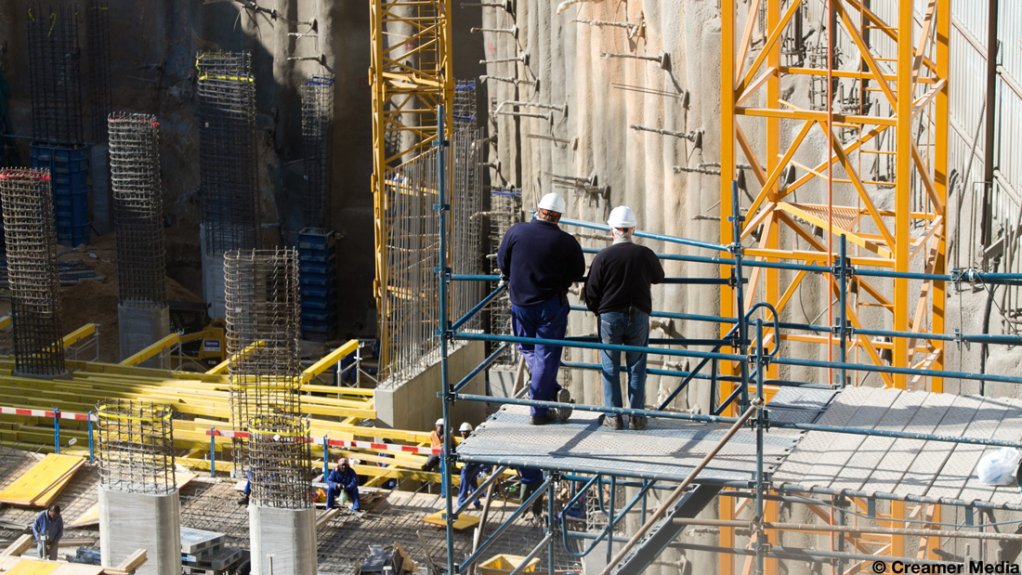 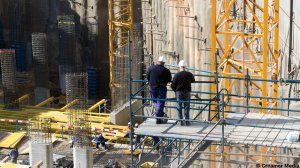 The Competition Commission has fined 15 major construction firms a collective R1.46-billion for “rampant” collusive tendering related to projects concluded between 2006 and 2011, it revealed on Monday.

These penalties were the result of the Construction Fast-Track Settlement Process, initiated by the commission in February 2011, in which firms were incentivised to make a full and truthful disclosure of bid-rigging in return for penalties lower than what would be sought by the commission should it pursue legal action.

Rather than facing protracted legal action, which would result in substantial legal ramifications and heftier penalties, firms that participated in the process would be liable for penalties that constituted a percentage of yearly turnover for the 2010 financial year.

The commission received applications from 21 firms in the construction industry, including the country’s top-six construction firms, which covered instances of collusion or anticompetitive behaviour in over 300 public- and private-sector projects worth an estimated R47-billion.

Of the 18 firms found liable, the commission reached settlement with 15, while an agreed penalty had yet to be finalised with Group Five, Construction ID and Power Construction.

The imposed penalties were calculated for a “basket” of rigged projects for which a firm was not granted immunity. Immunity could only be granted if the company was the first to disclose the collusive nature of the project to the commission.

Competition Commissioner Shan Ramburuth said he was pleased with the outcome of the process, and emphasised that, in revealing the extent of rampant collusion in the construction industry, the fast-track process had succeeded in disbanding existing construction cartels.

“Embedding a competitive culture will be critical to bringing down the costs of future infrastructure investments and will incentivise firms towards innovation and efficiency in future projects,” he commented at a media briefing on Monday.

Ramburuth added that the commission’s investigations into anti-competitive practises had revealed several ways in which firms had historically determined, maintained and monitored collusive agreements.

These included meetings to divide markets and agree on margins, as well as “cover pricing”, in which firms collude to create the illusion of competition by submitting sham tenders to enable a fellow conspirator to win a tender.

In other instances, firms agreed that whichever company won a tender would pay the losing bidder a “loser’s fee” to cover their costs of bidding, while the awarding of subcontracts was also used to compensate losing bidders.

Economic Development Minister Ebrahim Patel added that the eradication of price-fixing and collusion was critical as it diverted critical funds from legitimate developmental infrastructure projects.

“Government is strongly behind the push for greater price competition and the dynamism that comes when a player enters the market. This enables a contract to be awarded on the basis of improved quality, service and price, and not because [construction company executives] have sat in a boardroom dividing out contracts among themselves,” he said.

The commission would now refer the settlements to the Competition Tribunal for public hearings and final approval.

WBHO, which received the biggest fine, said it would pay its penalty of R311-million in three equal instalments over three years.

However, it added that five alleged prohibited practices that the company did not believe were contraventions of the Competition Act had yet to be settled as part of the fast-track settlement process, while one prohibited practice, which was excluded from the fast-track settlement invitation, had yet to be settled with the commission.

Murray & Roberts group CE Henry Laas referred to the process as “exhaustive”, adding that the investigation, and its subsequent impact on the company’s reputation, had weighed heavily on its employees and stakeholders.

“To the best of our knowledge, there is no anticompetitive conduct present in the group. The board and management continue to set the vision for and commitment to a morally and ethically sound culture within Murray & Roberts. We support a fully competitive culture in the industry,” he said in a statement.

“Most of the conduct identified during the settlement process related to persons who are no longer employed in the group and largely to companies acquired by Murray & Roberts in 2006 and 2007,” Laas added.

Meanwhile, Aveng, which entered into the third-largest settlement agreement with the commission, would also settle its R306.5-million penalty in three equal yearly payments, with the first amount due on July 1.

CEO Roger Jardine said that, while the firm had worked closely with the Competition Commission, it was unable to gain the cooperation of a few key former employees who, based upon the information conveyed by the commission, had knowledge of the collusion.

“This situation severely prejudiced Aveng’s position with regards to, firstly, obtaining leniency and, secondly, to accurately verifying the evidence submitted to the competition authorities by other firms. As a result, and for the purposes of settlement, Aveng relied on the evidence presented to it by the commission,” he said in a teleconference on Monday.

In addition, Basil Read, which reached a R94.9-million settlement agreement with the commission, said that the penalty related to a number of isolated, past contraventions of the Competition Act related to projects carried out by the Roads and Civil Engineering divisions of the company.

“This regrettable chapter in Basil Read’s history has now ended, and the company looks forward to continuing to compete effectively, efficiently and in compliance with the law,” he commented.

Group Five, which had yet to agree to a settlement with the commission despite being the first company to approach it, said on Monday that it had been informed by the commission that it would seek a proposed administrative penalty that was higher than previously anticipated.

The group had, as yet, not reached settlement with the commission on four projects, owing to factual and evidentiary discrepancies between the commission and the company on these projects.

“The group is not obliged to accede to final settlement until its matters have been fully investigated by the commission,” it said in a statement.