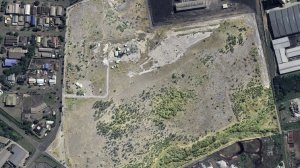 A black-empowered consortium that includes companies with extensive gas-to-power experience has made a formal submission to the Department of Mineral Resources and Energy (DMRE) in which plans for power generation plants capable of adding between 300 MW and 3 300 MW to South Africa’s grid within 12 to 36 months are outlined.

The offer has been made in response to a request for information (RFI) released by the DMRE in December in an effort to inform an upcoming ‘Risk Mitigation Power Purchase Programme’, which will seek to address an immediate supply deficit of 3 000 MW with solutions that can be “grid connected in the shortest time at the least possible cost”.

The closing date for the RFI was January 31 and the DMRE has given itself a month to evaluate the proposals and design a procurement process.

Engineering News has not yet been able to confirm the number of submissions made ahead of the RFI deadline, nor what solutions have been proposed. It is understood, however, that the DMRE received a strong response, with hundreds of potential bidders having descended on the Centurion headquarters of the Independent Power Producer Office at the end of January to hand-deliver their proposals.

One of the responses seen by Engineering News is an offer made by a consortium named Mhlathuze Energy, which derives it identity from the Zulu name for the river that meanders through Richards Bay, in KwaZulu-Natal – the proposed location for its project.

Mhlathuze Energy’s proposal provides for the rapid deployment in Richards Bay of 300 MW (up to a maximum of 1 200 MW) of emergency power generation capacity that could be operational within 12 months of financial close.

The solution would involve the deployment of General Electric- (GE-) supplied mobile aeroderivative gas turbines. The solution would require the importation of liquefied natural gas (LNG) supplied through a floating storage regasification unit (FSRU) and the construction of the LNG marine import infrastructure.

The Emergency Power solution is seen by Mhlathuze Energy as an interim solution to bridge to the commissioning of a combined cycle gas turbine (CCGT) power plant, capable of generating 3 300 MW from four GE latest technology power blocks, which could be commissioned within 36 months of financial close.

The consortium says the benefits of the CCGT solution are that it is highly efficient, flexible and rapidly dispatchable, which enables the plant to respond rapidly to support variability in renewable-energy supply and provide support to Eskom in the event of unplanned unavailability of existing generation capacity.

South Africa does not currently have an LNG import terminal, but Richards Bay, along with Coega and Saldanha Bay, have been flagged as possible locations for FSRUs, with State-owned logistics group Transnet currently finalising an investment case for the import of LNG into South Africa.

Richards Bay is widely viewed as industry’s preferred location for the import of LNG into South Africa.  Richards Bay is the only port with connectivity to existing gas pipeline transmission networks to enable the supply of regasified LNG to gas users. There is also the ability to supply LNG to nonpipeline connected users utilising Golar’s experience in the operation of LNG transhipment vessels and land-based LNG distribution solutions, which could enable LNG supply from Richards Bay to the ports of Coega and Saldanha.

In its proposal to the DMRE, Mhlathuze Energy lists the Transnet National Ports Authority and Transnet Pipelines as critical stakeholders in the LNG import infrastructure, along with GE, Eskom Transmission, the Richards Bay dustrial Development Zone and the City of Mhlathuze municipality.