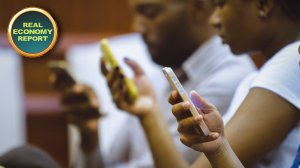 The pilot network was officially switched on mid-September at an official launch in Soweto, with tested peak downlink speeds of 1.75 Gb/s. Comsol chairperson Andile Ngcaba tells us more.

The partners intend launching commercial 5G services to businesses and consumers in certain areas before the end of 2019 as they expand into the 5G network industry. Comsol chairperson Andile Ngcaba tells us more.

While 5G broadly defines the forthcoming evolution of mobile networks over a wide range of frequencies, this specific pilot network is 5G fixed-wireless access, which promises to deliver high-quality, high-speed bandwidth services and low latency to complement existing fibre deployments.