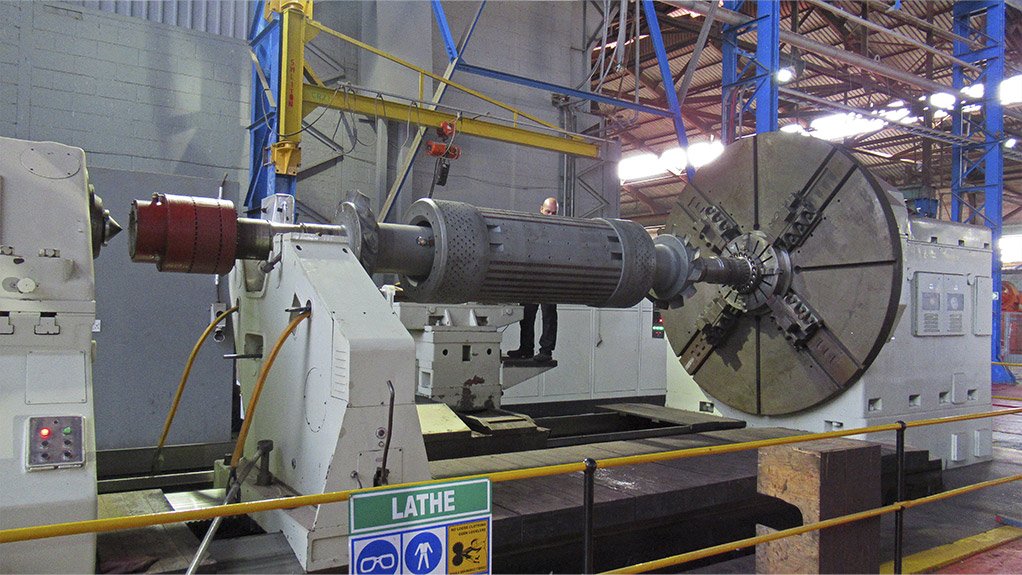 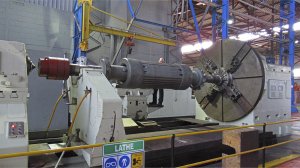 Over a period of less than five months, electro-mechanical services and repairs company Marthinusen & Coutts (M&C) performed comprehensive repairs to the rotor of an aging 30 MW generator which had failed during operation at JSE-listed forest group Sappi’s Saiccor pulp mill in Umkomaas, KwaZulu-Natal.

The Jeumont Schneider 31250 kVA 2-pole generator had been operating in the mill for over 30 years. M&C took delivery of the 12 t rotor at its Power Generation & Large Motor repair facility in Benoni for investigation and repair in August last year.

The investigation revealed zero value insulation resistance in the rotor, owing to arcing having occurred between one of the coils and the coil retaining ring. Severe arcing on the rotor body landing had also occurred. Tests conducted by the investigation team established that the arcing had been caused by negative phase sequence currents.

“In addition, there was an open circuit in one of the rotor coils that had resulted from thermal cycling fatigue, as well as damage to the windings caused by overheating resulting from the overhang insulation having shifted over time, thereby blocking access of ventilation to the windings,” says M&C GM Rudi Els.

The repair procedures carried out on the rotor to enable the generator to be returned to service in the mill were complete rewinding of the rotor using new locally-manufactured windings to replace the old.

The rewinding process, which included braising of a total of 2 500 joints, took four weeks to perform, working double-shifts throughout that period.

Manufacturing of two new coil retaining rings (CRRs) by a reverse engineering process, including drilling 132 ventilation holes in each, was undertaken. “These were made of forgings which we arranged to have manufactured in Germany according to our specifications. Our sister division ACTOM Turbo Machines then machined the forgings and drilled the ventilation holes in the CRRs,” Els explains.

Further, design and manufacture of a damper winding for the rotor to prevent any recurrence of arcing on the rotor body landing and on the CRRs, was carried out. The rotor had not originally been fitted with a damper winding.

The rotor damping circuit winding was designed by Sebenzana Consulting and fabricated by M&C subcontractors.

The repair process was concluded by performing a high-speed balancing procedure on the rotor. It was returned to the Sappi plant a week before Christmas last year and recommissioned in the plant on Christmas Day.