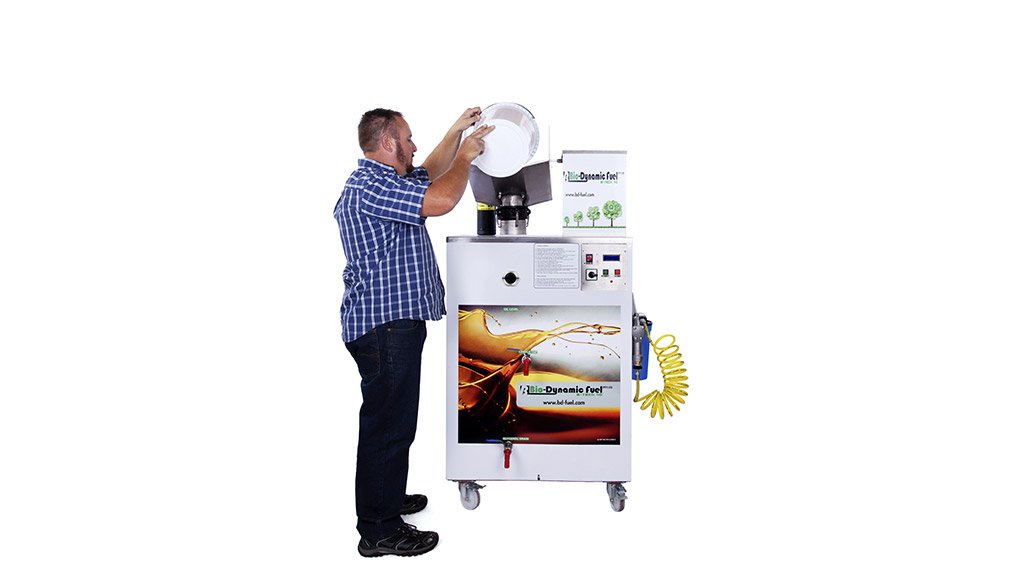 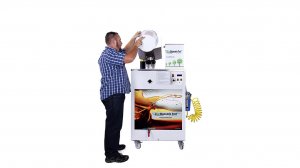 Energy equipment and waste disposal solutions provider Bio-Dynamic Fuel (BDF) is focusing on partnering with food service and retail businesses to deploy the company’s waste disposal and renewable-energy solutions on a national level.

“Our technology is disruptive in that it empowers outlets to recycle used cooking oil on site into biodiesel, which they can use in diesel-powered equipment or vehicles. BDF competes with used cooking oil collectors, large-scale biofuel refineries and diesel supply pricing,” states BDF sales director Shaun Dalrymple.

The programme will also focus on the company’s developed B-Tech 40 ℓ processor and chemical mix, which converts 40 ℓ of used cooking oil into biofuel in less than eight hours.

“The B-Tech 40 technology has a proven record and continuous improvement has been applied for early prototypes. The short-term priority is to roll out this technology to the food service and retail industry with our existing trading partners,” notes Dalrymple.

Medium- to large-scale used cooking oil food producers form the majority of BDF’s core clients, hence the company has focused deployment of this technology at whole companies, as opposed to focusing on individual outlets within large companies. Dalrymple highlights that this is done to ensure that the technology is used across organisations and on a national level.

The initiative sees used cooking oil converted into biodiesel, which is then used by the Karaglen SuperSpar. In addition, schools that contribute cooking oil will receive donated vouchers in return for the oil, and R2/ℓ of oil contributed by a community member will be donated to the Edenvale Child Welfare.

Glycerine is produced as a by-product of the process and is used to manufacture soap. Sales made from the glycerine will also be donated to child welfare by BDF.

“The Edenvale community initiative will continue as it works well for all stakeholders. BDF has approached other Spar stores and will launch similar initiatives where support is garnered,” notes Dalrymple.

Moreover, BDF has engaged the National Department of Basic Education to run similar used cooking oil initiatives with food retail outlets for all secondary schools in Gauteng, including the Edenvale recycling projects into the Consumer Studies curriculum.

Dalrymple says biodiesel is a superior lubricant, compared with conventional diesel, as it can extend engine life by up to 200%. Its performance has also been comparable to petroleum diesel in all aspects, including providing power and efficiency. It also burns 75% cleaner than fossil-fuel diesel.

Biofuel runs at under 10 parts per million (ppm), while ultralow sulphur diesel – the best-grade diesel in South Africa – is 50 ppm. It also has to be marketed and sold as biodiesel, as it originates from renewable materials.

Biodiesel can be used on its own or blended with petroleum diesel for use in diesel engines, owing to its similarities in physical and chemical properties to petroleum diesel.

Dalrymple references the Biofuels Industrial Strategy, published in 2007, which states that the biofuels industry is significantly affected by inconsistent oil and crop prices, as well as exchange rates. This means that the industry requires government support initially to develop.

The company supported the then Department of Energy’s biofuels industrial strategy in 2007, with an effective date of October 1, 2015, to achieve a 2% biofuels penetration into the national liquid fuels pool.

Dalrymple points out that the progress of this five-year pilot of a 2% penetration level has not been reported on.

“Stimulus and incentives are required to encourage early adoption of biofuels. Access to funding for expansion, new innovations, research and development, as well as working capital, is difficult because of the slow adoption of biofuels, which is demand-driven.”

Dalrymple says the Carbon Tax Act, introduced in June this year, will assist the biofuels industry in improving awareness and demand for renewable-energy options.

He adds that the Carbon Tax Act will encourage review of current fuel expenses and consumption. Responsible companies, particularly in the logistics industry, will consider cost-effective and environmentally sustainable options, while a carbon credit regime will add further impetus.

The drive for the environmental sustainability of bio-renewable energy sources, and introducing incentives and penalties in industrial sectors are vital, notes Dalrymple.