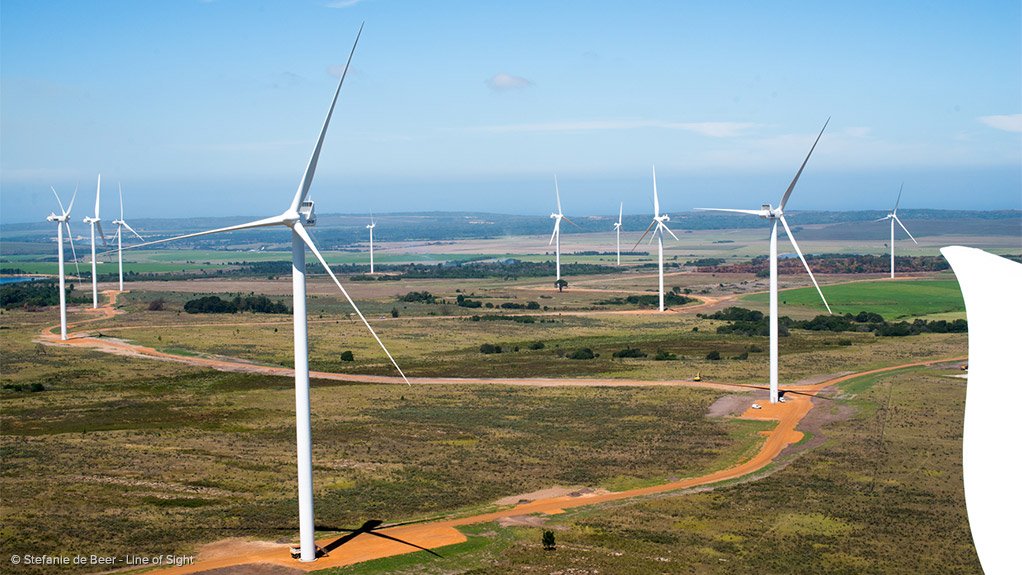 South African independent power producer (IPP) Cennergi, which is a joint venture between Exxaro and Tata Power, warns of possible investor “flight” unless the prevailing uncertainty surrounding the future of IPPs in South Africa is urgently resolved.

Speaking to Engineering News Online ahead of ceremonies to officially mark commercial operation at two of its wind farms – the 134 MW Amakhala Emoyeni and the 95 MW Tsitsikamma power plants, in the Eastern Cape – CEO Thomas Garner stressed that “capital follows certainty”.

“That’s why the Renewable Energy Independent Power Producer Procurement Programme (REIPPPP) was, up to now, so successful – there was a bid window, the date was known and then there were timelines from adjudication to financial close and construction.”

Since the start of the REIPPPP in 2011, 6 377 MW of renewables capacity has been procured for R194-billion and the programme has received much acclaim domestically and abroad.

However, the future of IPPs has been thrown into flux by Eskom’s recent indication that it will no longer sign power purchase agreements (PPAs) for REIPPPP projects beyond bid window 4.5. In addition, it has refused to conclude a PPA for an earlier-round 100 MW concentrated solar power project, known as Redstone.

Questions have, thus, been raised about prospects for not only the adjudicated bid window 4 and 4.5 projects, but also the ‘expedited’ bid window for an additional 1 800 MW of renewables capacity and the first two projects bid under the Coal Baseload IPP Procurement Programme.

Eskom’s resistance, which is in conflict with stated government policy, is based on a recovery in the performance of its coal fleet, which has resulted in surplus electricity capacity amid weak demand. The utility has argued, too, that the renewables projects are not commercially justifiable, as it will cost R1.2-trillion for the 7 300 MW of capacity procured to the end of bid window 4.5.

However, Energy Minister Tina Joemat-Pettersson has stressed that government’s IPP policy remains intact and told lawmakers on September 7 that discussions were under way between the Department of Energy (DoE), the National Treasury, the Department of Public Enterprises and Eskom to resolve issues surrounding the programme. “At this point, the IPP programme continues in its current shape and form and continues to form an important part of our energy mix,” Joemat-Pettersson stated.

However, Garner reports that Cennergi is currently struggling to secure cost-estimate letters from Eskom for early-stage renewable energy projects for future IPP bid windows. As a consequence, work on the feasibility studies associated with a range of opportunities, including the company’s 600 MW Tshivhaso coal-baseload project, in Limpopo, is being placed in jeopardy.

“The market is very uncertain – there is too much political play and not enough signals that decisions are being made based on sound technical and commercial grounds. That potentially puts any private capital into flight.”

He is equally concerned about the fact that the DoE is poised to issue a nuclear request for proposals (RFP) before the end of September despite the absence of an updated Integrated Resource Plan (IRP). Government, in line with the IRP published in 2010, is aiming to procure 9 600 MW of new nuclear capacity, and will “test the market” through the upcoming RFP.

“I’ve got no problem with nuclear as a technology,” Garner stresses. “But to press ahead without updating the IRP creates a lot of suspicion about what the real agenda is.”

In the context of “disruptive” energy technologies, Garner is of the opinion that it would be unwise for South Africa to pursue a large-scale nuclear programme, given that the technology, like renewables, is “not dispatchable”. “Once it is switched on, it is on and you have to use it.”

Instead, he believes South Africa should build two nuclear facilities with a combined capacity of 3 600 MW, which would help sustain South Africa’s nuclear capabilities.

In parallel, Cennergi believes the electricity market should be restructured by unbundling Eskom into separate businesses: one for generation and the other to provide transmission and system operation services.

“Under the current structure, Eskom is abusing its dominance to protect a vertically integrated monopoly from competition,” Garner argues, adding that such “defensive strategies” are unlikely to be sustainable in light of the changes that are taking place in the global electricity industry.