Calibre gets a new CEO

Calibre gets a new CEO 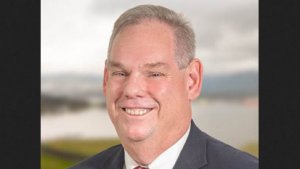 Darren Hall has been promoted to CEO of Calibre Mining

Vancouver-headquartered gold miner Calibre Mining on Friday announced that Russell Ball was stepping down as CEO and director, citing personal reasons for his immediate departure from the company.

Senior VP and COO Darren Hall has been appointed president, CEO and director.

“Darren is an experienced mining professional who was involved in the acquisition of Calibre’s Libertad and Limon gold mines in 2019. He is the originator of Calibre’s ‘hub-and-spoke’ operating strategy which has resulted in a 30% increase in our forecast gold production in 2021 to 170 000 oz to 180 000 oz,” commented chairperson Blayne Johnson.

Johnson also said that Hall was instrumental in increasing the market cap of their previous company, Newmarket Gold, from $150-million to when Newmarket merged with Kirkland Lake Gold in a $1-billion transaction in 2016.

“Darren has a deep understanding of Calibre’s business and growth strategy and will continue his strong record of leadership and achievement as president and CEO of the company.”