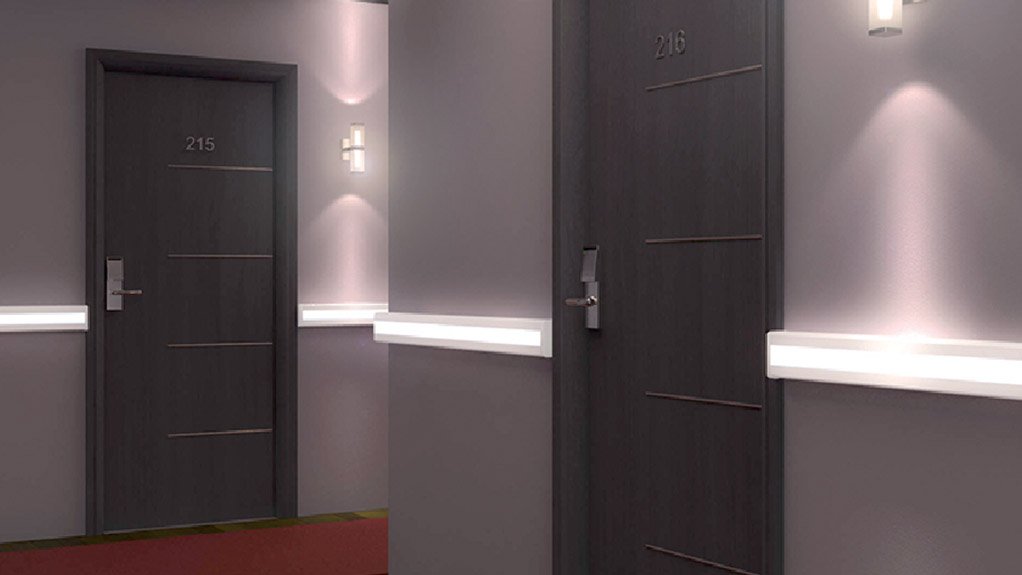 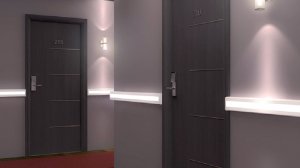 Further, the illuminated cable routing provides visual reference points, while the LED lighting, which enables energy consumption to be controlled, also meets new requirements for green buildings. “LEDs, which are integrated in the DLP lighting module, continuously diffuse a soft light, providing standby lighting of less than 5 lx, which is easy on the eye,” Ivens notes.

He says that, as the extended DLP trunking range meets the market requirements of cost efficiency and a reduction in electrical consumption, response to the range has been favourable, with first sales orders having been confirmed.

The LED lighting modules are available in lengths of 0.5 m, 1 m or 2 m, with standard blue or white light, but other LED colours are also available.

“With a specific need in the market for advanced cable management, Soluflex has been well received, with a significant increase in sales for the Soluflex cable floor system since its launch last year,” Ivens says, attributing this increase to open space offices requiring high flexibility in terms of reconfiguration and raised flooring.

Citing the features of the Soluflex cable floor system, he emphasises that “this system offers an integrated solution for work stations and other professional spaces, as the polypropylene supports and lightweight pregalvanised steel floor tiles create a containment system that eliminates the need for trunking”.

Other features include time- and cost-efficient installations. It does not need skilled labour or special equipment for future reconfiguration. “Soluflex is 100% recyclable, self-extinguishing and easily dismounted and reinstalled, giving it a virtually unlimited life, while the acoustic properties are close to those of walking on a concrete floor. The load capacity is 3 000 kg/m², which is about six times more than the average traditional raised floor system,” Ivens adds.

Cable Management Trends
Ivens highlights the diverse needs, and the demands for efficiency, flexibility and safety in modern technology, including the importance of considering easy installation, versatility and performance when selecting cable accessories, and power and lighting systems.

Moreover, he notes an emerging trend towards organised connectivity in the working space.

“There is a demand for innovative products with better designs such as advanced cable management,” he says, adding that emerging methods comprise merging the power, data and lighting with dimming and other functions in a cable management system.

“Further, in this trend, LED lighting integration is a major development for coming years, owing to its compact size. It will be linked to the development of floor solutions to have a more integrated and discrete solution for the workstation environment,” he says.