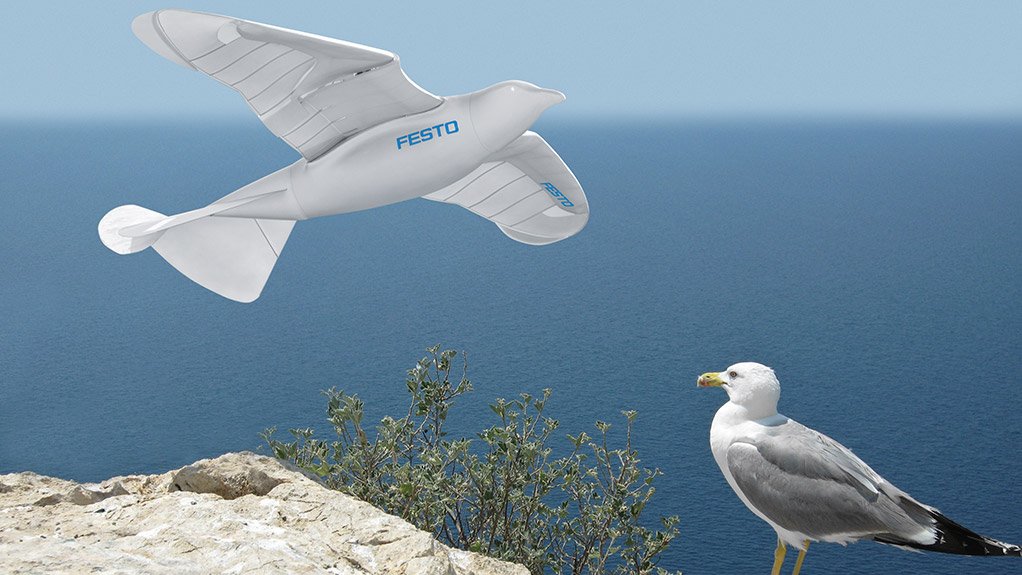 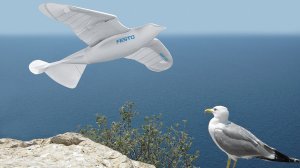 Two bionic innovations were, this week, displayed in South Africa for the first time.

The Festo SmartBird, which replicated the wing motion of a Herring Gull in a robotic form, and the BionicOpter, a flying robot based on the dragonfly, took flight at the nineteenth World Congress of the International Federation of Automatic Control (IFAC) in Cape Town.

Delegates to the IFAC conference witnessed the SmartBird and the BionicOpter take off and fly across the plenary hall at the Cape Town International Convention Centre.

Festo believed the SmartBird was the first energy-efficient technological adaptation of a biological creature.

The lightweight, yet powerful, bird was capable of reaching speeds of 25 km/h. Its wings beat up and down and could also twist at specific angles. The robotic bird showed the possibilities for energy efficiency through automated robots, said Festo corporate communications head Dr Heinrich Frontzek.

“The goal of the network is to motivate, inspire and kick-start innovation,” stated Frontzek.

The BionicOpter featured wings that could move independently, allowing it to slow down, accelerate quickly, fly backwards and make sharp turns.

The highly complex BionicOpter had a wingspan of 63 cm and a body length of 44 cm, yet weighed only 175 g. Festo stated that the lightweight construction of the artificial dragonfly was achieved by reducing material use and the function of many components in an extremely tight space.

The wings consisted of a carbon-fibre frame and a thin foil covering, while the highly integrated system could be operated with a smartphone.

“We can learn a great deal from nature. Learning from nature will increase the automation of tomorrow,” Frontzek asserted.

Other innovations from the Bionic Learning Network included the Bionic Handling Assistant, based on an elephant’s trunk, as well as the Bionic Kangaroo, which Festo believed held important lessons in the way it jumped and was then able to recover, store and retrieve energy efficiently on the next jump.

“From these bionics, we learn new approaches for automation,” noted Frontzek.

Developments in the field were seeing more functions integrated into smaller spaces, while components were getting smarter.

He expressed the hope that the BionicOpter and SmartBird would encourage young South Africans to become interested in this particular field of engineering.