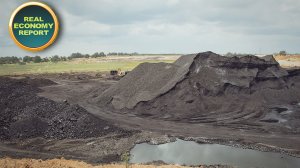 Exxaro Resources this month officially launched Arnot OpCo, the consortium through which the Arnot coal mine in Middelburg, Mpumalanga, will be owned and managed by the mine’s former employees. Tasneem Bulbulia tells us more.

The former employees of the Arnot mine will have a 50% ownership of the mine and will participate in the structure of Arnot OpCo through a trust and Innovators Resources. The balance of the mine is owned by coal mining company Wescoal. Arnot OpCo CEO Bontle Aphane elaborates on the launch of Arnot OpCo and provides some background.

The ownership of a mine by former employees is a ground breaker in the country’s mining industry. Aphane explains the significance

Former President Kgalema Motlanthe has said any efforts to improve social cohesion and obtain buy-in for social compacts are happening against a backdrop of crisis and a destabilising State.