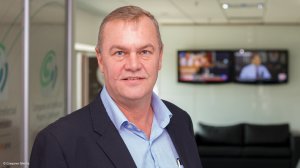 Steel producer ArcelorMittal South Africa (AMSA), which reported a loss of R2.6-billion for the interim period to June 30, warned on Thursday that it expected steel demand to remain subdued for the foreseeable future and indicated that it was pushing ahead with a large-scale labour reorganisation.

The JSE-listed company currently employs about 7 000 people directly, as well as 1 800 contractors and has, in the last year, already cut 1 500 direct jobs and 1 500 subcontractor jobs as a result of decisions to place Saldanha Steel on care and maintenance and to reduce production at Newcastle to about 65% of its nameplate.

On June 18, the company announced a large-scale labour reorganisation in terms of Section 189(3) of the Labour Relations Act, following a serious slump in steel demand after South Africa instituted a lockdown in response to the Covid-19 pandemic.

CEO Kobus Verster said on July 30 that the company aimed to negotiate a “multifaceted, flexible solution” in response to its reduced production footprint and the temporary idling of some operations.

He would, thus, not be drawn on the number of jobs that could be shed, saying this was still the subject of formal consultations with its unions.

AMSA had a firm target of reducing its fixed costs by 30% in line with its lower volumes, but Verster said it was not proposing a “blanket reduction” in its headcount.

Instead, it had suggested that the cost reductions could be achieved through salary sacrifices, flexible working hours, alternative shift arrangements and insourcing. Such outcomes, Verster argued, would be “more humane” in light of South Africa’s unemployment crisis.

Nevertheless, he stressed that AMSA “must find ways to secure significant cost savings if the business is going to survive”.

Well ahead of the lockdown, AMSA closed its Saldanha Steel facility, in the Western Cape, and curtailed operations at Newcastle, in KwaZulu-Natal, where 270 jobs were cut following an earlier Section 189 process.

Verster indicated, however, that further job reductions were likely to arise at Newcastle as a result of the large-scale labour reorganisation that had been announced subsequently.

Since the lockdown, AMSA had instituted a temporary idling of Vanderbijlpark Blast Furnace C and the Vereeniging Electric Arc Furnace, both in Gauteng, which would be sustained until demand recovered.

It also indicated that steel demand was likely to remain at between 70% to 75% of levels planned before the Covid-19 lockdown, which began on March 26.

The group’s loss for the interim period was far larger than the R63Upload8-million loss reported for the corresponding period in 2019 and followed on from the R3.3-billion headline loss declared for the full 2019 financial year.

The company’s earnings before interest, tax, depreciation and amortisation slumped from a profit of R167-million to a loss of R1.3-billion, while revenue fell 45% to R12-billion.

The group expected sales to recover in the second half of the year, but to remain about 30% below its original budget for 2020.

Following a recent survey of customers, AMSA concluded that domestic demand was likely to be about 27% lower in 2020 than in 2019, with the key steel consuming sectors of construction, automotive and machinery and equipment having been badly impacted by the pandemic.

Verster expressed some optimism that infrastructure would feature strongly in South Africa’s economic recovery plan, which was currently being finalised by government.

He acknowledged that government’s previous infrastructure promises had failed to materialise, but said there were some indications that the plans were being firmed up this time round.

On July 24, Public Works and Infrastructure Minister Patricia De Lille published a Gazette notice that included 50 Strategic Integrated Projects and 12 Special Projects that would be given priority attention by government.

“We have heard repeatedly that infrastructure investment and development will be a key enabler of the economic recovery and this must be addressed with urgency if businesses are to deliver inclusive economic growth,” Verster said.

He added that further opportunities could also arise once the Steel Masterplan, which was in the final stages of drafting, was released.

The masterplan is one of several being pursued by the Department of Trade, Industry and Competition and is being designed to address constraints to higher levels of steel manufacturing in South Africa.