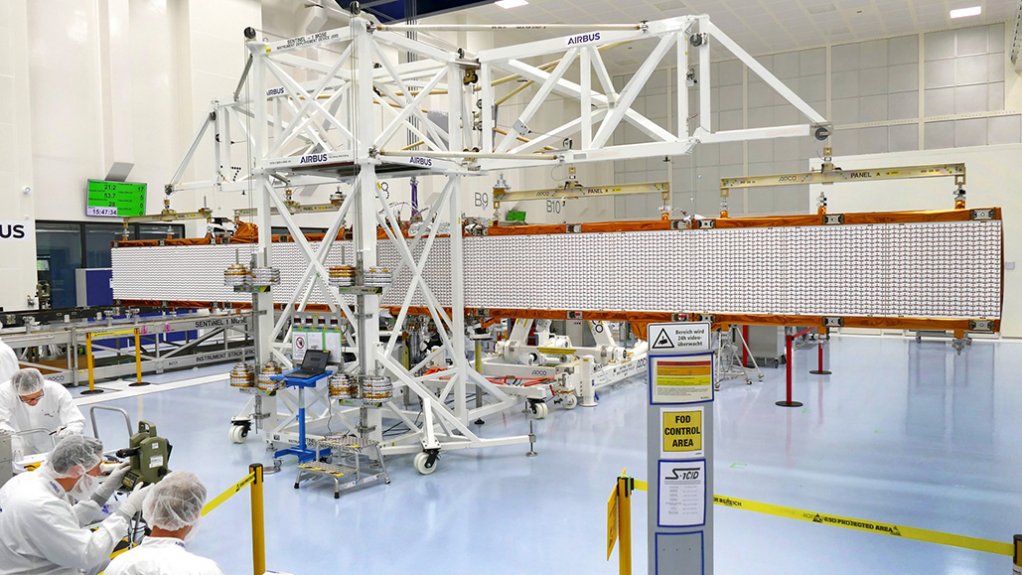 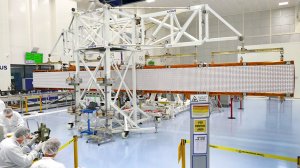 Airbus Space Systems, part of Airbus Defence and Space (itself part of the Europe-based global aerospace group Airbus), reported on Tuesday that the synthetic aperture radar (SAR) antenna that it had developed for the Sentinel-1C satellite had been successfully deployed for the first time in one of the company’s technology centres, in Germany. The antenna is 12.3 m across and has a mass of 860 kg. The test took place at the Airbus Integrated Technology Centre in Friedrichshafen and the antenna was mounted on a special rig which simulated zero gravity.

The SAR is a C-band radar that will produce radar images of the whole of the Earth’s surface. The C-band covers frequencies from 4 GHz to 8 GHz.

These images will be used for many Earth observation purposes, including sea-ice mapping, marine environment surveillance, land-surface motion risk monitoring, water management, soil management and the mapping of forests. The images could also be used for disaster monitoring and humanitarian aid support.

The antenna is composed of three elements. There is a centre panel, mounted on the satellite platform, and two ‘wings’, each of two panels, which will be deployed when the spacecraft is in orbit. The test in Friedrichshafen was to test the deployment of these wings and measure the antenna’s planarity (which indicates the quality of the future SAR images).

The next phase in a series of acceptance tests will see the complete SAR instrument (the antenna plus its electronic subsystem) undergo a campaign of functional and performance tests. (The antenna electronic subsystem has been built by Airbus Portsmouth in the UK.) These tests are scheduled to be completed by the end of October. The final tests, before the instrument is integrated on to the satellite, will focus on checking the radio frequency characteristics of the antenna.