6th March 2015 About 35 000 delegates from more than 170 countries are expected to gather at this year’s World Water Forum, which will take place from April 12 to 17 in the South Korean cities of Daegu and Gyeongju. The forum, which is jointly organised by multistakeholder platform organisation the World Water... → By: Dylan Stewart     6th March 2015 South Africa and many other developing nations had an opportunity to leapfrog conventional inefficient water systems and lead the way in achieving water-sensitive urban areas, announced Monash University water engineering professor Ana Deletic at the launch of the Water Research Commission’s... → 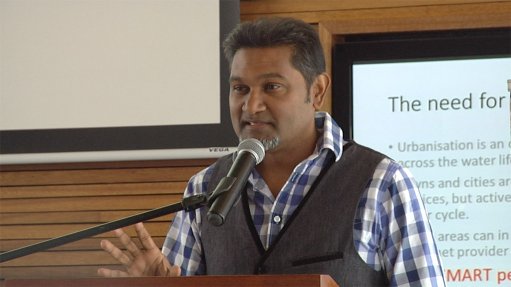 By: Carina Borralho     7th March 2014 Engineering, management and specialist technical services company Aurecon says that, water, which is a finite resource and is mostly allocated to users, will become significantly more expensive for South Africans, as companies will have to start using water from the ocean to produce drinking... →

World to face water scarcity by 2050

By: Carina Borralho     7th March 2014 The Organisation for Economic Co-operation and Development estimates that, by 2050, more than 60% of the population in Brazil, Russia, India, Indonesia, China and South Africa, will live under severe water stress. “Unless powerful measures are taken to boost water productivity, we run the risk of... → 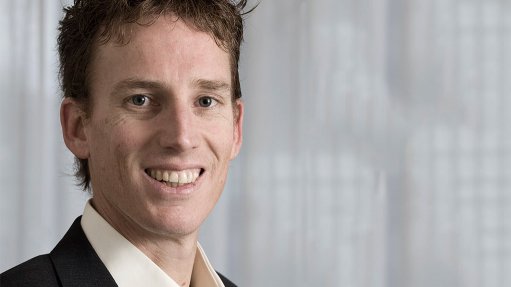 7th March 2014 During the South African Water Week from March 17 to 23, the Water Research Commission (WRC) is launching the Bloemwater hydropower project, in an attempt to save on energy costs for the Bloemfontein area as well as the country. The University of Pretoria (UP), supported by the WRC, has been... →

By: Sashnee Moodley     15th March 2013 South Africans have an obligation to conserve water every day, respect it and use it responsibly and efficiently, as the country is water scarce, states the Department of Water Affairs (DWA), which has budgeted R4-million for this year’s National Water Week (NWW). →

By: Sashnee Moodley     15th March 2013 Research undertaken by the World Wide Fund for Nature South Africa (WWF-SA), reveals that only 8% of South Africa’s land surface provides 50% of the country’s water and that some of these areas are under threat from mining operations and climate change.  →

Water risks a concern for businesses

By: Sashnee Moodley     15th March 2013 Based on its operations, it is a priority for car rental company Europcar to assess its organisational activities and identify areas where its environmental impact could be reduced, says Europcar CEO Dawn Nathan-Jones.  →

15th March 2013 South Africa is a water-stressed semi-arid country with limited yearly rainfall supply and a lack of perennial streams, which, together with future population growth and the uncertainty brought on by climate change are likely to have significant financial, human and ecological impacts on already... →

15th March 2013 The decision to invest in high-quality water meters, which are specifically designed and improved for South African water conditions, can significantly reduce nonrevenue water consumption and increase an authority’s revenue. →

15th March 2013 Following a pollution crisis in the Berg river, Stellenbosch municipality, in the Western Cape, contracted consulting and contracting engineering services provider Prentec, in 2010, to design a new emergency sewage treatment plant at Franschhoek, to eliminate the risk of any further pollution to... →

By: Sashnee Moodley     15th March 2013 A new workweek-based toolkit for this year’s Green Office Week (GOW), a yearly initiative of publishing house Dictum, should highlight the importance of conserving water among businesses, when it is launched in April. →

Water reticulation systems manufacturer does its bit for the environment

By: Jessica Hannah     11th March 2011 South Africa will, this year, for the first time, host the global observance of World Water Day (WWD), which will coincide with its National Water Week (NWW). →

By: Jessica Hannah     11th March 2011 South Africa should start to deal with the sources of water pollution, as opposed to dealing with the treatment of water once it becomes toxic, engineering, management and specialist technical services company Aurecon technical director of water and wastewater engineering Walter Johannes urges.  →

By: Jessica Hannah     11th March 2011 The use of groundwater recharge systems can be a suitable and sustainable method of storing water for use by rural communities, Council for Scientific and Industrial Research (CSIR) group leader for Hydrosciences Christine Colvin says. →

11th March 2011 The Department of Water Affairs (DWA) is aiming to increase awareness of the importance of South Africa’s water resources, as well as to promote community participation in taking care of the country’s water resources through its Adopt-a-River Programme. →

11th March 2011 Engineering and environmental consultancy Jeffares & Green (J&G), is concerned about the lack of sufficient rainfall records being kept across Africa, the company reports. →

By: Petronel Smit     12th March 2010 Market research house BMI Foodpack reports that bottled water is the second-fastest growing beverage in the country and this industry, which is currently worth about R3-billion, is expected to growth by 4,2% by 2013. →

By: Petronel Smit     12th March 2010 eThekwini Water and Sanitation (EWS) is currently busy with three concurrent water projects that aim to increase the availability of, and access to, potable water in the eThekwini municipal area. →

By: Petronel Smit     12th March 2010 The Water Institute of Southern Africa (WISA) reports that water security is a significant challenge for the local water sector, with currently from only 35% to 40% of river runoff water being harnessed, leaving the rest to flow into the ocean. →