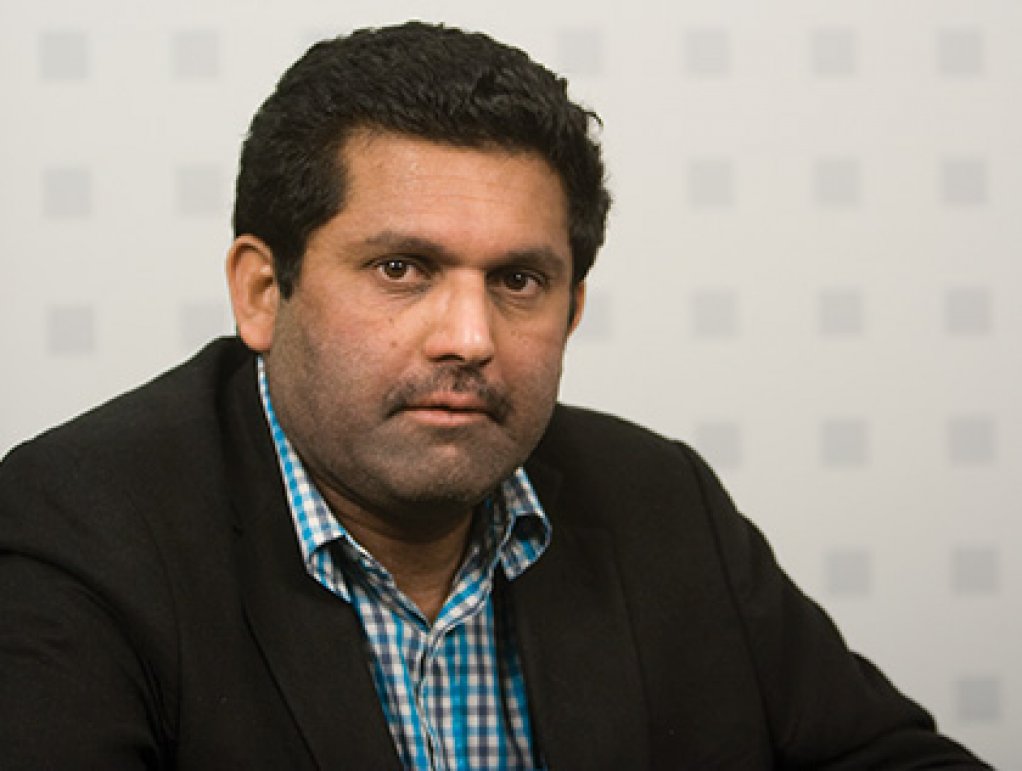 By: Saliem Fakir     8th June 2012 There are so many nonsensical comments about renewables and, surprisingly, even very intelligent people also make unfounded and unintelligent comments. →

Are airline carbon levy wars a sign of things to come?

By: Saliem Fakir     18th May 2012 The European Union (EU) has unilaterally declared that it wants all planes entering or leaving the EU territory to pay an emissions tax. The bloc has long had an emissions trading scheme (ETS) that is applicable to large emitters like power stations, smelters and refineries, but aviation is... →

Does thorium have a future as an alternative to uranium?

By: Saliem Fakir     6th April 2012 I recently at a thorium conference in Cape Town hosted by the South African Institute of Mining and Metallurgy.  →

By: Saliem Fakir     2nd March 2012 The National Union of Metalworkers (Numsa) recently hosted an international conference on alternative models of ownership for renewables other than independent power producers (IPPs). International delegates came from Mexico, China, Venezeula and France, besides other countries, to speak about... →

What should be done about concentrating solar power

By: Saliem Fakir     10th February 2012 For a long time, concentrating solar power (CSP) was seen as a cutting-edge renewables technology that would best meet South Africa’s energy security needs and support the creation of new industries and technology innovation.  →

Will the planet be saved?

By: Saliem Fakir     20th January 2012 Fourteen days of deliberations at the United Nations Framework Convention on Climate Change seventeeth Conference of the Parties (COP 17) culminated in a diplomatic coup where, for the first time, countries agreed to negotiate a new treaty that will have some legal form or other that includes... →

COP 17 – waiting for light at end of tunnel

By: Saliem Fakir     2nd December 2011 Some predictions are easy and others require a savant’s wisdom to penetrate the unseen world. One can be sure the outcome of the United Nations Framework Convention on Climate Change's seventeeth Conference of the Parties, or COP 17 – being held in Durban from November 28 to December 9 – will be... →

Learning from the Chinese approach to carbon taxation

By: Saliem Fakir     25th November 2011 The Australian government recently just managed to squeeze through carbon tax legislation. The Australian system starts off with a fixed price, eventually moving to a trading scheme. India already has a carbon tax of about $1.03/t for coal produced internally or imported. China is to introduce... →

By: Saliem Fakir     7th October 2011 The world was once run on three big economic engines: Europe, North America and Japan. These engines of growth are slowing down but three or four or five new engines have come onto the scene with youthful vitality: India, Brazil, Turkey, China and so on. The resource hunger of these countries... →

Perennial doubters and future of renewables

By: Saliem Fakir     2nd September 2011 It is somewhat tired argument to suggest that renewables will make no progress as a technology and that they will never compete with coal or nuclear. →

By: Saliem Fakir     5th August 2011 I recently attended what is probably the most insightful conference I have ever attended – not because it was attended mostly by industry players but because the debate was vigorous and illuminating. There were also some very good presentations. →

By: Saliem Fakir     8th July 2011 Previously, I noted some reservations about the idea of an independent system and market operator (ISMO). →

Do green jobs threaten other jobs?

By: Saliem Fakir     10th June 2011 You have probably heard this before: green industries will steal jobs from other sectors. Superficial logic invites superficial conclusions. But here is an exploration that may help to deepen the debate on this matter. →

By: Saliem Fakir     13th May 2011 After the Japanese nuclear accident following the tsunami there has been a lot of chatter by defenders of nuclear power that nuclear is still here to stay. That may be true. Nuclear technology tends to be presented as a flawless technology by proponents. But then Fukushima came like a ‘Black... →

Fracking in the Karoo – who do we believe?

By: Saliem Fakir     15th April 2011 While Shell is attracting the most negative publicity owing to its application to the Petroleum Agency of South Africa for exploration rights in the Karoo, other companies have also submitted applications, including Anglo Coal and Sasol. The latter is also in partnership with an American and... →

By: Saliem Fakir     1st April 2011 The National Treasury’s deadline for comments on the draft discussion document on carbon taxes was February 28. Business and industry have set up a special task team on the carbon tax. They do not like the idea at all and are preparing for a big fight. The debate is unlikely to be sober.  →

Will an independent system and market operator fly in South Africa?

By: Saliem Fakir     11th March 2011 A number of public statements on the issue of an Independent System and Market Operator (ISMO) have been made by government officials in the last year or so. Whether an ISMO is the best route to go or not for South Africa’s electricity sector is open to debate.  →

From Cancun to Durban – what’s in store for the next 12 months?

By: Saliem Fakir     14th January 2011 When you land in Cancun, what strike you most starkly are concrete blocks upon concrete blocks that have taken occupation where lush mangroves once existed.  →

The merits of a solar cluster

By: Saliem Fakir     10th December 2010 The solar park idea raises the question of how South Africa should be positioning itself to take advantage of the country's abundant solar resources.  →

Taking the wind out of the baseloaders

By: Saliem Fakir     12th November 2010 What is disturbing is not the debate about baseload power versus intermittent power. This debate is always useful as we grapple with the the question of what our energy mix should be going into the future. →

Just how much coal do we have in the ground?

By: Saliem Fakir     15th October 2010 Propaganda has it that South Africa has enough coal to fire our power plants for 200 years or until alternatives that can compete with coal come onto the market. But we may not have enough coal to last that long.  →

By: Saliem Fakir     17th September 2010 No sooner was the announcement that a carbon tax was on the cards made than the hecklers from special interest groups and their lobbyists started coming out of the woodwork. →

Our expectations of electric cars must be tempered with reality

By: Saliem Fakir     20th August 2010 Electric cars are often spoken of as if they will turn the tide against the current fleet of petroleum junkies. But we may be far from that nirvana.  →

Reflections on the Integrated Resource Plan

By: Saliem Fakir     16th July 2010 The Integrated Resource Plan 2010 (IRP2010) consultation process has begun. It should provide the ideal vehicle for the convergence of low-carbon energy policy with climate issues and the development of new industrial opportunities in the cleantech sector.  →

How realistic is the green economy?

By: Saliem Fakir     18th June 2010 The idea of a green economy has gained great popularity of late but the proof will be in implementation. During the last year, particularly, green economy issues have gained ascendancy, receiving a boost through fiscal stimulus measures in many countries where the recession has resulted in... →

By: Saliem Fakir     21st May 2010 The second Integrated Resource Plan (IRP2) should be due anytime soon. It will be a crucial document that will pretty much define South Africa’s energy mix for the next 20 years. Getting it to speak to the right things will involve intense wrangling between advocates for different energy solutions. →

Should we have a carbon tax to promote a low-carbon economy?

By: Saliem Fakir     16th April 2010 The question of the merits of a universal carbon tax compared with those of a cap-and-trade system is a source of considerable debate among policymakers. Some time soon, the National Treasury should be releasing a discussion paper on the matter, and this may or may not settle the issue.  →

By: Saliem Fakir     19th March 2010 Everything new has to start somewhere – so the saying goes. If truth be told, there are more than just climate change reasons why we need to shift our energy-industrial complex to a low-carbon trajectory. →

The Paradox of peak oil

By: Saliem Fakir     19th February 2010 The paradox is simply: the lesser of a thing, the more there will be of it. An oil peak implies that the production peak will occur when about half of the total oil in the reservoir has been extracted. →

The two stages to a low-carbon future

By: Saliem Fakir     22nd January 2010 The transition to a low-carbon future is inevitable and will involve two stages.  →