By: Jonathan Rodin     2nd May 2014 During emergency situations, where there is an unexpected loss of electricity, utility companies or energy authorities must have a backup plan to restore electricity as soon as possible. The best solution is to proactively plan the worst-case scenarios, says electrical power supplier Altaaqa... → 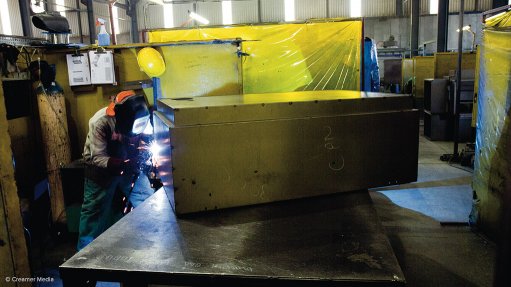 Photo by Duane Daws
SUPPLY AND DEMAND The company noticed an increase in the volume of quotations for generators, and the market is expected to grow significantly in the coming years

By: Jonathan Rodin     2nd May 2014 Consulting engineering firm Raventech, in collaboration with educational institution North-West University (NWU) has initiated a research and development project, which started in January, to investigate hydrocarbon-based fuel management, quality and enhancement for diesel engines and generators.... →

6th December 2013 Despite the prevailing tough economic conditions which many South African companies are currently encountering, generator hire company Rand-Air reports that there is still ongoing demand for its generators, as projects are still going ahead. However the company does note that demand patterns have... →

Generator sets to be commissioned at completion of Portside construction 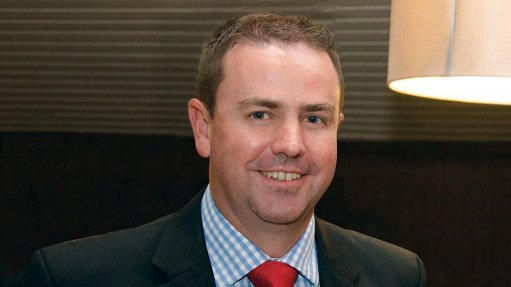 6th December 2013 Power demand is outstripping supply across the globe and, for a developing continent such as Africa, the problem is magnified, says international engineering group Atlas Copco. Interruptions in power supply through the grid are unpredictable, both in terms of time and duration. These inevitable... →

By: David Oliveira     6th December 2013 Without guaranteed basic electricity delivery, the economic stability of South Africa is threatened. There is currently a significant shortage of power supply, resulting in State-owned power utility Eskom asking industry, businesses and households to cut consumption to reduce and stabilise... →

By: Samantha Herbst     21st September 2012 Equipment importer and distributor Smith Power Equipment is expanding its product and service offering to the telecoms industry, with a particular focus on the provision of generators for that sector in Southern Africa. Smith Power will supply China-based generator manufacturer Kipor’s range of... →

By: Samantha Herbst     21st September 2012 Industrial and commercial equipment specialist Advanced Industrial Technology, or Ai-Tec, has completed the installation of three 100 kVA generator sets for the South African Police Service (SAPS). “Because of increasing electricity outages in Mpumulanga and Limpopo, it was necessary to install a... →

By: Samantha Herbst     21st September 2012 Existing standby generators may be the key to mitigating the looming threat of power shortages in South Africa, assuming that State-owned power utility Eskom can seize the opportunity to take advantage of more than 3 500 MW of standby power already installed across the country, says engineering... →

By: Samantha Herbst     21st September 2012 Global temporary power provider Aggreko has recognised that many companies in developing countries still prefer to buy, rather than rent, stand-by power equipment, despite the numerous benefits of renting the equipment, especially during times of economic difficulty. “If you look at the more... →

By: Jessica Hannah     16th September 2011 Temporary power and temperature control service provider Aggreko South Africa reports that its Durban depot, which was opened in March this year, is doing well. →

By: Jessica Hannah     16th September 2011 The application of alternative battery technology by safety warning system company Booyco Electronics has resulted in the development of an intrinsically safe (IS), uninterruptible power supply (UPS), which offers reliable performance under the harshest operating conditions. →

16th September 2011 Diversified equipment manufacturer Atlas Copco has added the new 1 MW QAC1250 generator to its existing QAC range in response to interest from the rental and power generation markets. This is the company’s first 1 MW generating unit. →

Hydrodynamic screw to be introduced to South Africa

By: Karishma Thakurdin     17th September 2010 Power products and solutions specialist Powermode reports that its nationwide emergency power crisis management service, which was launched in the first quarter of this year, is centred on the preventative maintenance and repair of stand-by power generators and batteries. →

17th September 2010 Local plant-hire and equipment rental company Rand-Air, part of the global Atlas Copco group, believes that its 500-kVA generator is best suited for the mining industry, which generally has a larger power requirement compared with the power requirements of other industries. →

Powering up the  magistrates court

17th September 2010 Growth partnership company Frost & Sullivan reports that the East African generator set market (genset) earned revenues of $54,4-million in 2009, and expects this to reach $212-million in 2014. The end-user sectors that were covered in the ‘East African Genset Market’ study included... →

By: Karishma Thakurdin     17th September 2010 The lack of technical skills and manpower among developing contractors is a significant challenge for the stand-by power industry, reports power solutions company Meissner. →

18th September 2009 The world’s first generator with coils made of high-temperature superconductors (HTS) has been running continuously for half a year without problems in Nuremberg, Germany. →

By: Kelly Farthing     18th September 2009 Generator manufacturer Propower Generators says that many companies are being sold standby-rated generator sets that are not powerful enough to meet their specific needs. →

18th September 2009 Uninterruptible power supply (UPS) manufacturer Falcon has launched its SSG500, a UPS that is claimed to be one of the smallest 500-VA on-line models available. →

By: Kelly Farthing     18th September 2009 Cape Town-based subsidiary of the Zest Electric Group, IMS Cape, says that after-market service and support for generator sets should not be an optional extra. →