By: Mia Breytenbach     31st October 2014 The local engineering industry is increasingly undertaking a mass-balance approach for its production and environmental impacts, where it analyses resources at source or input level, calculates the outputs and weighs the difference against the impact reduction costs, states consulting engineering... → 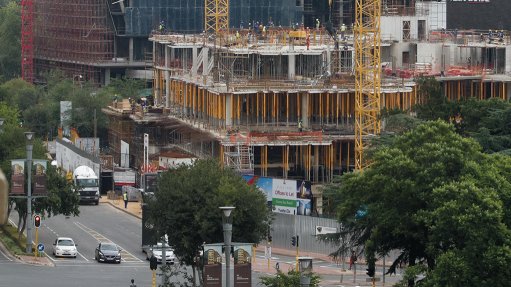 By: Mia Breytenbach     31st October 2014 The waste-separation and recycling management facility in Skukuza, in the southern region of the Kruger National Park, in Mpumalanga, is ramping up production, packaging group Nampak group investor relations manager Zanele Salman tells Engineering News. The facility was established to make the... → 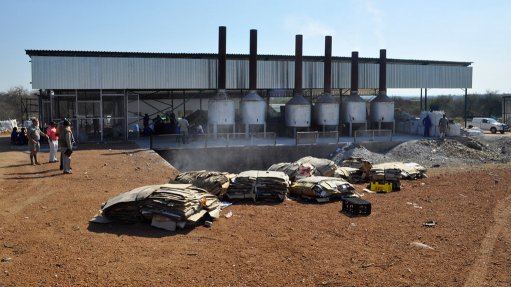 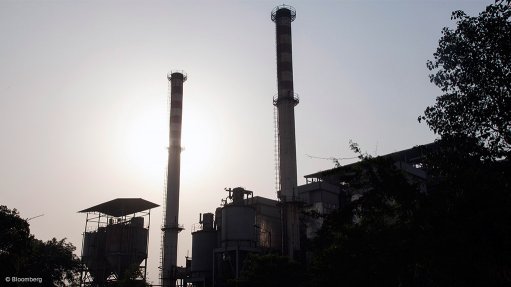 Photo by Bloomberg
GENERATION CAPACITY Trigeneration can be up to 40% more energy efficient, and helps to reducing operating costs, fuel expenses and environmental pollutants

By: Carina Borralho     1st November 2013 South Africa’s official organisation for promoting glass recycling, The Glass Recycling Company (TGRC), recycled more than 330 000 t of nonreturnable bottles and jars in its last fiscal year and, therefore, it contributed significantly to 79% of all yearly glass consumption in South Africa being... → 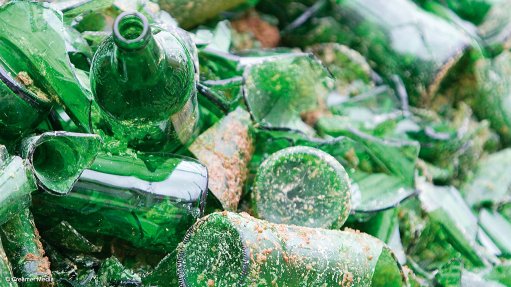 By: Carina Borralho     1st November 2013 The Wildlife and Environment Society of South Africa (WESSA) formally recognised achievements in the environmental conservation sector in September at its 2013 WESSA National Awards.  The awards ceremony took place at the House of Pharaohs guesthouse and conference centre in Bryanston, north of... →

By: Carina Borralho     1st November 2013 The era of cheap food has ended, owing to the combined impact of megatrends on the agriculture industry; therefore, people can expect to spend more of their household budget on groceries,” sustainable agriculture company Syngenta head of corporate affairs Kinyua M’Mbijjewe tells Engineering News.... →

By: Yolandi Booyens     7th December 2012 NYSE-listed Ecolab, of which water treatment and process improvement company Nalco is a subsidiary, has been listed on the Dow Jones Sustainability World Index and Forbes Magazine's list of The World's Most Innovative Companies for the second consecutive year. Ecolab ranks thirty-first out of 100... →

By: Yolandi Booyens     7th December 2012 Water, energy and air solutions specialist Nalco Africa, the joint venture between Nalco, an Ecolab Company (NYSE-listed) and Protea Chemicals, a division of the JSE-listed Omnia group, started intensifying its offering of dust control solutions to the Southern African market this year and... →

2nd November 2012 A new assessment by the United Nations (UN) Convention on Biological Diversity (CBD) highlights that global urbanisation will have significant implications for biodiversity and ecosystems if current trends continue, with knock-on effects for human health and development. The Cities and... →

By: Anine Kilian     2nd November 2012 With about 455 rhinos already killed illegally in South Africa this year, several initiatives are under way to prevent further rhino poaching. South African wildlife conservation organisation Endangered Wildlife Trust (EWT) reports that the illegal trade in wildlife is estimated to be the... →

By: Anine Kilian     2nd November 2012 Metal packaging manufacturer Nampak’s Bevcan and Divfood divisions, together with recycling initiative Collect-a-Can and its interactive awareness brand, Can Do!, will launch local initiatives that form part of international Canvironment Week at the Green Expo, in Cape Town, later this month.... →

2nd November 2012 Poaching and the illicit trafficking of wildlife products were raised at the United Nations’ (UN’s) General Assembly for the first time in September during discussions on how to strengthen national and international governance. World leaders gathering in New York for the global body’s... →

2nd November 2012 Despite some concerns, Part 8 of the Waste Act is an important step forward in helping to deal with contaminated land and its remediation. This improvement to South Africa’s environmental legislation is noteworthy, reports environmental, sustainability and health and safety consultancy Environ... →

By: Anine Kilian     2nd November 2012 South Africa is taking a continental lead in the integration and implementation of a green economy, as well as in putting initiatives in place to achieve the targets set out in the Millennium Development Goals (MDGs) in an environmentally sustainability way, Council for Scientific and Industrial... →

New initiatives to save rhinos under way

New treaty to be signed for the Benguela Current

By: Joanne Taylor     28th October 2011 State-owned power utility Eskom continues to act on its sound management principles to ensure that it minimises the impact of the construction of its Ingula Pumped Storage Scheme on the surrounding environment, says environmental services company NCC Environmental Services. →

28th October 2011 The Department of Environmental Affairs has committed itself to implementing a system for integrated environmental-impact management and assessment within the context of the principles of sustainable development. →

By: Joanne Taylor     28th October 2011 Blasting solutions company AEL Mining Services is implementing a number of greening projects to enable it to comply with more stringent legal requirements defined by the Chief Inspector of Explosives and the Department of Water and Environmental Affairs. →

New setback lines to be drafted for WC coastline

By: Joanne Taylor     28th October 2011 New coastal development setback lines are being drafted for the Overberg district municipality coastline, in the Western Cape. →

By: Joanne Taylor     28th October 2011 Nonprofit conservation organisation Leadership for Conservation in Africa (LCA) has dedicated itself to the preservation of 20-million hectares of land in Africa and to reduce the continent’s carbon footprint by 2020. →

Conference to map out action plan for environmental improvement

By: Eleanor Seggie     29th October 2010 If the impact of climate change on agricultural production, together with increasing land degradation is considered, the indications are that South Africa is heading for a national disaster, says International Erosion Control Association Southern Africa Chapter (IECA-SA) president Lehman Lindeque.  →

By: Petronel Smit     30th October 2009 Independent commercial law firm Deneys Reitz reports that climate change and all its associated effects are going to have a significant effect on South African businesses. →

By: Petronel Smit     30th October 2009 The Department of Environmental Affairs (DEA) reports that it is gearing up for the implementation of a new law, the National Environmental Management: Air Quality Act. The department had hoped the act would have been in force by September, but it has been delayed to early next year. However,... →