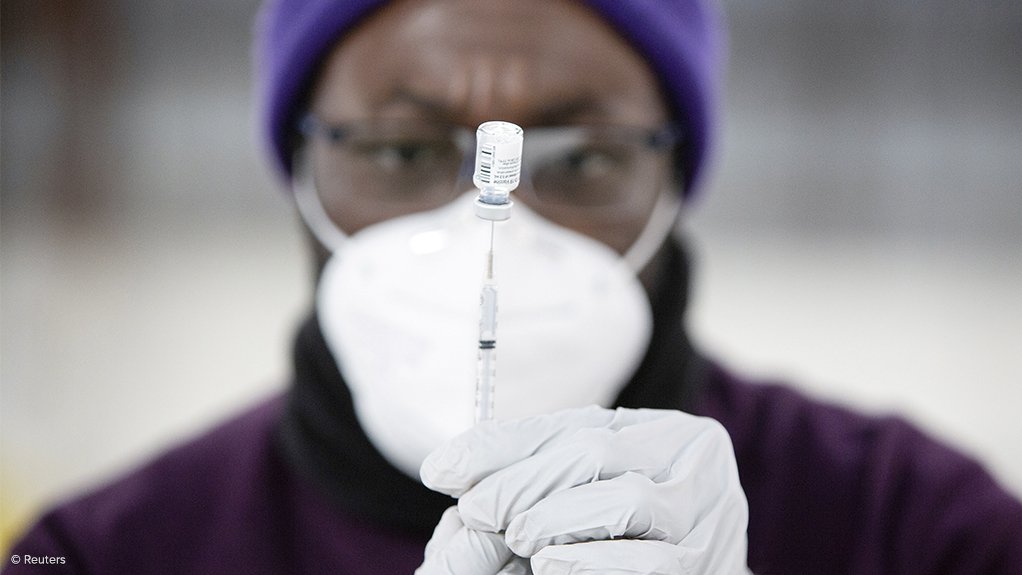 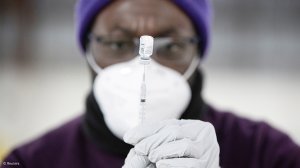 An analysis published in a new World Bank report shows that vaccinating 60% of South Africa’s population to induce so-called “herd immunity” against Covid-19 would have a benefit-cost ratio of more than 29, and that the economic benefits would be amplified by an accelerated vaccination roll-out.

In its latest ‘Africa’s Pulse’ publication, the bank forecasts that the South African economy will grow by 3% in 2021, following a major Covid-induced contraction of 7% in 2020. The figure is an upward revision on the bank’s October forecast for South African growth of 2.6%.

However, it includes research showing that the recovery could be further stimulated through a successful vaccination campaign, supported by other economic reforms.

The country has set a goal of vaccinating 67% of its population, or 44-million adults, by February 2022, even though it has not yet started a formal vaccination campaign, with the frontline health workers inoculated in February and March having received the Johnson & Johnson vaccine as part of the Sisonke trial.

The delay has been caused partly by South Africa’s late start in securing vaccine doses amid stiff international competition and a seeming over-reliance on the Covax facility, as well as the emergence of the 501Y.V2 variant as the dominant Covid-19 variant in South Africa.

The 501Y.V2 variant, which was first identified in South Africa in mid-December, is believed to be 50% more contagious, while the AstraZeneca vaccine, initially acquired by government, was found to be ineffective in preventing mild cases of the disease. South Africa is, thus, selling the one-million AstraZeneca doses purchased in early 2021 to other African countries.

Government currently expects to begin Phase 2 of its vaccination roll-out – covering vulnerable citizens such as the elderly and those with comorbidities, as well as essential workers – in May.

“We are also in various stages of negotiations with the manufacturers of other vaccines such as Sinovac, Sinopharm and Sputnik V. Some of these manufacturers are in the final stages of the approval process for use of the vaccines in South Africa,” he said.

The World Bank report also indicates that the speed at which the population is inoculated will also play an important role in the estimation of the benefits of vaccination.

“Accessing a vaccine just three months earlier could lead to gains of nearly $41-billion on the African continent. Waiting for higher-efficacy vaccines to become available rather than using lower-efficacy vaccines sooner is not cost-effective, due to the high monthly economic costs of the pandemic (around $13.8-billion in gross domestic product losses).”

The report includes research indicating that the benefit-cost ratio is also positive for the region as a whole, standing at more than seven should 60% of the sub-Saharan Africa population be vaccinated, with only ten countries having ratios lower than three.

The benefits exceed the costs for nearly all sub-Saharan African countries under scenarios where 20% or 40% the population is vaccinated.

“Vaccine purchases to immunise 20% of the population (at Covax prices) would have a benefit-cost ratio of at least six for all sub-Saharan African countries – except Burundi (2.1) and Guinea (4.6).

“For the entire region, benefits under the 20% scenario amount to $89.3-billion, while the costs are estimated at $2.2-billion – a benefit-cost ratio of 40.

“Some of the larger countries in the region that are eligible for Covax stand to benefit the most under this scenario – for instance, Nigeria, Angola, Kenya, and Ghana’s benefit-cost ratios exceed 50.”

To date, however, the vaccine roll-out in the region has been characterised by a slow and delayed distribution process.

“Issues around the availability, cost, and distribution of vaccines, particularly where cold storage is required, suggest that full national roll-outs are likely to take several years, which will delay the lifting of Covid-19 restrictions, with varying economic implications for countries.”

The bank argues for stronger progress in the deployment of effective vaccines, which would enable the lifting of social distancing and other containment measures faster than in the baseline, which forecasts growth of between 2.3% and 3.4% this year depending on policy measures adopted. The region contracted by 2% in 2020.

Nigeria, South Africa and Angola, the region’s three largest economies, are expected to return to growth in 2021, partly owing to higher commodity prices, but the recovery will remain sluggish. Growth is projected to rebound to 1.4% in Nigeria, 3% in South Africa, and 0.9% in Angola.

“Muted near-term growth prospects and slow vaccine roll-out in the largest economies will weigh on the region’s outlook.”

The report states that multilateral organisations can play a crucial role in helping African countries purchase vaccines during this critical period.

It notes that, by the end of January, the World Bank had committed $12-billion in new funding for developing countries to finance the purchase and distribution of Covid-19 vaccines, tests, and treatment for their citizens.

“Similarly, the international community can bring technical competence and experience from other countries to support the roll-out of vaccination programmes across countries in the region.”