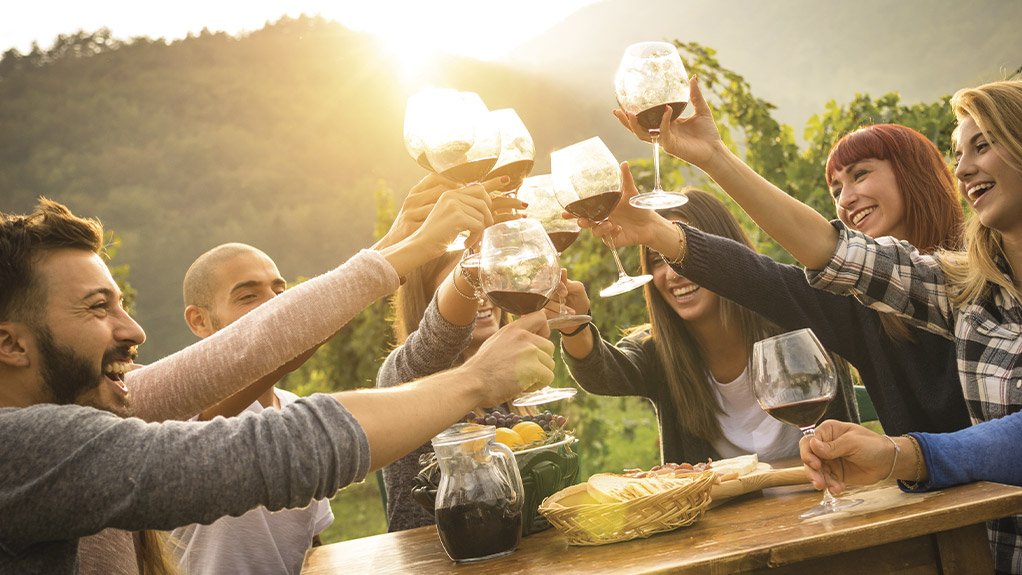 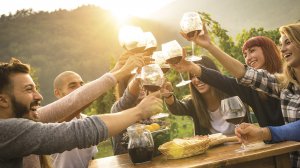 While the South African wine industry has faced many challenges since 2014, wine tourism is booming.

Of the thirty tour operators who participated in the survey, all agreed that wine and food tourism played a significant role in motivating travel patterns to the Western Cape.

The results are particularly encouraging, according to Nwabisa Thiso of Wesgro, considering the current economic pressure on consumer spending in combination with the negative impact that drought messaging had on tourism in general at the start of 2018.

“While the results are not indicative of what is happening in the wine and tourism industry in general, it is obvious that the sector is having a significant impact on job creation as well as rural development,” Nwabisa says.

The report recommends that more attention be directed towards this niche market in the Western Cape, as has been done in the cycling tourism industry.

“A healthy tourism industry is dependent on a wide variety of activities for tourists. Cycling in the beautiful Western Cape is very attractive to many tourists, but others prefer food and wine and others want both. It is therefore essential that both are promoted as part of a holistic experience, which should also include our beautiful beaches and other natural resources,” Nwabisa says.

Marisah Nieuwoudt, Vinpro Wine Tourism Manager agrees. “South Africa produces some of the best wines in the world and our cellars and restaurants are winning one international award after another. It only makes sense that we take advantage of our distinct offering and the natural beauty of our country to benefit from the growing popularity of wine tourism.”

The industry also is credited for having the longest wine route in the world, spanning over six wine regions, which include 26 districts and 69 wards.

The beauty of wine tourism is that it not only helps to establish a personal connection with consumers, enhance brand loyalty, add value to existing farm activities and boost farm sales, but also has the potential to significantly grow the job market.

“Tourism has a low barrier to entry for employment, so holds large opportunity to create jobs for semi and unskilled workers, especially in the youth sector where jobs are crucial,” Marisah says.

The number of workers employed in wine tourism has not been quantified up until now, but South African Wine Information and Systems (SAWIS) in 2013 estimated that the wine industry as a whole contributed R6 billion to the gross domestic product.

Marisah pointed out that Vinpro was planning on doing an impact survey this year to quantify the value of the wine tourism industry in terms of its contribution to the economy and job creation and to then regularly update these statistics: “We also want to identify skills gaps and opportunities for career growth through a skills audit next year, which is being funded by the Cape Winelands District Municipality.”

The wine and brandy industry has been serious about wine tourism since 2015, when it identified it as an important growth driver through the Wine Industry Strategic Exercise (WISE), a strategic framework aimed at increasing the competitiveness, profitability and sustainability of the industry.

Vinpro took custody of the wine tourism programme and appointed consultants to develop the wine tourism industry plan that was released in 2017, along with a digital platform Visitwinelands.co.za, aimed at increasing awareness amongst local and international visitors of the diverse nature of the wine tourism offerings across South Africa.

The objectives of the strategy are to increase visitor numbers, grow wine tourism’s contribution to the economy, create new job opportunities, identify training opportunities for new and existing staff and to improve regional dispersal across the country. “We want to attract a greater range of visitors to South Africa and contribute to the growth of domestic tourism,” Marisah says.

A wine tourism desk was created in 2018 to coordinate efforts and interventions of all the parties who have committed to the strategy since then, including Wesgro, the SA Wine Route Forum, Wines of South Africa and the Cape Winelands District Municipality (CWDM).

In July this year, Vinpro with the support of the CWDM launched a Wine Tourism Toolkit, a free resource to assist any businesses who wan to establish or expand their wine tourism offering. Content from the toolkit will be the focus of a series of Wine Tourism Workshops hosted by Vinpro and the CWDM from 18 to 22 November 2019.

“People are moving away from generic itineraries when travelling in search of something more unique. South Africa’s huge cultural and natural diversity along with the world-class food and wine offering positions us to significantly grow the tourism market,” Marisah said.