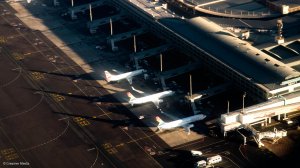 "We are fighting hard to have this list scrapped," said Finance MEC David Maynier during a hybrid sitting of the Western Cape legislature.

The "red list" was updated on Monday and revised from 60 countries to 22.

It contains the list of countries South Africa considers at a higher risk for the coronavirus.

Germany and Canada were added to the list, which also includes India, the UK and the US.

Countries from the rest of Africa are automatically excluded, and also excluded are business travellers, diplomats, sports people and others not travelling for leisure.

Maynier said the province had been cautiously emerging from a catastrophic drought when it was "shattered" by the ramifications of the Covid-19 pandemic and the lockdown.

Although it had been praised for its handling of the pandemic as the first surge hit the province, the lockdown had caused significant economic hardship, leaving many people poor and hungry.

The tourism and hospitality industries were particularly badly hit.

He said the red list contains the Western Cape's key markets, and combined with alcohol sale restrictions, keeping it in place will make it difficult to restart the economy after the pandemic.

"The tourism sector is unable to restart because the red list kills international tourism," said Maynier.

Maynier detailed a campaign to encourage local tourism and to get South Africans to explore local sights.

He hopes that people who only spend one night at a destination for a stopover or short getaway will consider extending their stay to help the travel and hospitality industry.

Maynier noted that the Western Cape received 19.6 percent of all tourist arrivals and 22.9 percent of tourist spend in South Africa in 2019.

There were two million tourists in the province in 2019.

In his report, he noted that, according to Wesgro, Germany (28.5%), the UK (21.3%) and Netherlands (7.0%) ranked as the top three international tourism source markets across the regions of the Western Cape.

Other countries among the top 10 source markets included France, the US, Switzerland, Australia, Belgium, Italy and Spain.