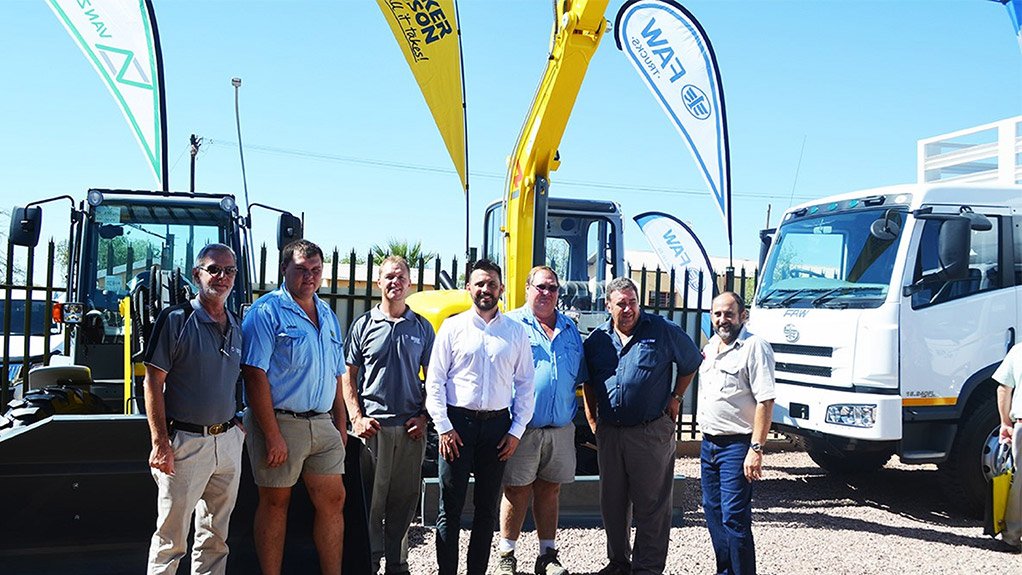 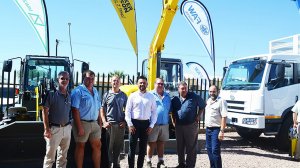 “We were impressed by Van Zyl Agri’s large customer base, their various franchises and established fitment centre and workshop,” states Dennis. “We also recognised the high value they place on establishing and maintaining strong customer relationships built on their commitment to providing quality products and service, tenets shared by Wacker Neuson. This latest dealer agreement is also in line with our growth strategy to position our products and services closer to our customers through the strengthening of our dealer network.”

Van Zyl Agri strives to generate customer confidence and peace of mind by providing a superior, all-encompassing service to earthmoving/agricultural contractors and hire companies as well as to the agricultural community with a specific focus on vineyards and the pecan nut industry. The family-business was started by Johan van Zyl Snr. in early 2010, buying, restoring and reselling second-hand tractors from home premises.

“The business grew rapidly, forcing me to move to Upington’s industrial area in 2013 where I started a fitment centre for safety film and rubberising of bakkie bins,” explains Johan Snr. In 2014 Van Zyl Agri became a YTO Tractor franchise. A year later Johan Jnr. joined the business and more franchises including FAW followed. With a growing customer base the premises soon became too small and Van Zyl Agri moved to their current address at 1 Vooruit St., Industria, Upington.

According to Johan Snr. the region offers a great deal of untapped potential. “The pecan nut industry which makes use of excavators, telehandlers and skid steers is showing rapid expansion. Excavators are also a popular choice in vineyards and we are seeing a notable trend in our area with farmers moving away from digger loaders to the smaller, more versatile and affordable excavators. The numerous solar farms in the area have also resulted in a marked increase in contractors and hire companies.” Johan Snr. adds that due to the vastness of the territory they cover only the very best products and services will do as customers simply cannot afford breakdowns due to the time it takes for a technician to travel to site or to get the product to a workshop.

“As a Wacker Neuson dealer we are now perfectly positioned to serve these customers near and far through the sale and rental of a wide range of superior quality products supported by equally matched after-sales service,” affirms Johan Snr. With after-sales service repair, maintenance and parts supply responsibility, Van Zyl Agri has appointed dedicated Wacker Neuson personnel to ensure that this aspect of the business is seamless. In terms of the dealership agreement, Van Zyl Agri will also appoint two dedicated sales representatives to target defined markets in the Northern Cape’s agricultural, construction and mining sectors. They have also undertaken to host open days as well as industry specific farmers/construction days to increase awareness and generate sales.

Wacker Neuson has already provided practical and theoretical training on the service and repair of all machines to Johan Snr., Johan Jnr. and Van Zyl Agri mechanic, Edward Johannes Manuel, at the end of 2017. Craig confirms that training will be an ongoing objective throughout 2018 with Van Zyl Agri personnel periodically attending training courses at Wacker Neuson’s Johannesburg head office as well as at Van Zyl Agri, where key Wacker Neuson technical personnel will present training on all aspects including repair, service, application and sales.

Van Zyl Agri hosted a highly successful open day on 15 March 2018 which presented the ideal platform for Wacker Neuson to interact with both Van Zyl Agri staff as well as customers in the Northern Cape region. “In addition to demonstrating the all-round versatility and efficiency of our equipment, the open day also enabled us to showcase our turnkey solutions offering that positions Wacker Neuson as the market leader in its respective fields,” concludes Dennis.