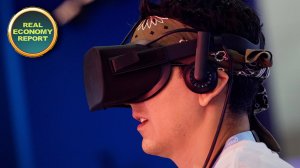 Sashnee Moodley:
Arcelor Mittal South Africa has already seen a return on investment on its newly commissioned Working at Heights virtual reality training programme, used to determine trainees’ fear of heights and to test their functioning at height. Nadine James has more.

Nadine James:
Harrison adds that the benefits to Arcelor Mittal have been significant