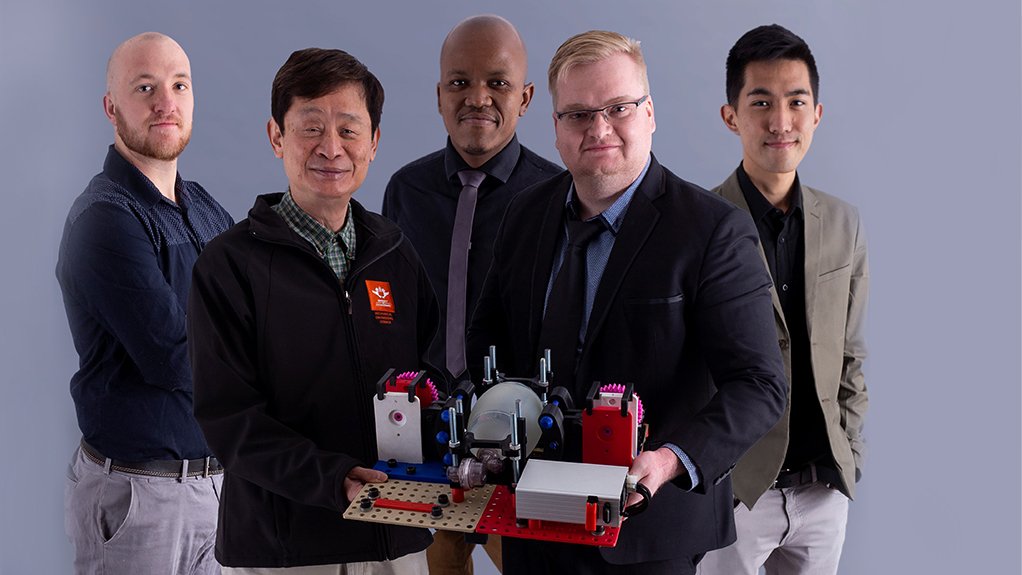 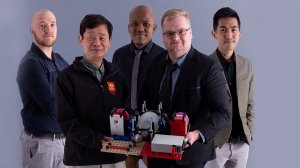 The UJ team with the ventilator

An engineering team from the University of Johannesburg (UJ) has designed and developed a portable 3D-printed mechanical ventilator that has a customisable base plate to treat multiple patients.

The ventilator, named Aura Imprimere – meaning a breeze of air provided by printing – also allows off-grid operations for up to 1.5 hours should electricity supply be cut.

“By adjusting the speed and direction of rotation of the motors, it is possible to obtain a pressure-time profile that is suitable for the respiratory assistance of patients.

“Its components are also designed in such a way that it can be easily assembled, on site in cities, rural areas, or remote areas,” he adds.

The microcontroller monitors the pressure inside the ambu-bag by using a pressure sensor.

If the pressure sensor picks up irregularities in the pressure, the motor controller will intervene to correct these issues.

It is also important that the mechanical arms of the ventilator operate in unison, explains Jen.

The UJ-led team plans to distribute the active breathing circuit system on an open-source basis, making the software and designs freely available so that it can be produced anywhere in the world, provided that the producers own a 3D printer.

Aura Imprimere is based on a reciprocating engine piston and crank design.

The motors were extracted from locally bought electric screwdrivers.

The ventilator allows for electronic components, such as a control resistor, variable resistor, and a small programmable computer to be used.

These electronic components can customise the pulse needed for the patient and can vary the speed of the pulsation.

The design is such that the friction between moving parts is minimised.

“The ambu-bag comes in different sizes, and the invention can be custom changed with ease, on site, according to the patient age, condition, and breathing necessity,” notes Jen.

“This is due to the meshed base plates that allows the clamps, mechanism, electrical housing, and so forth, to be reoriented and placed as the consumer pleases – as inspired by Lego-type designs.”