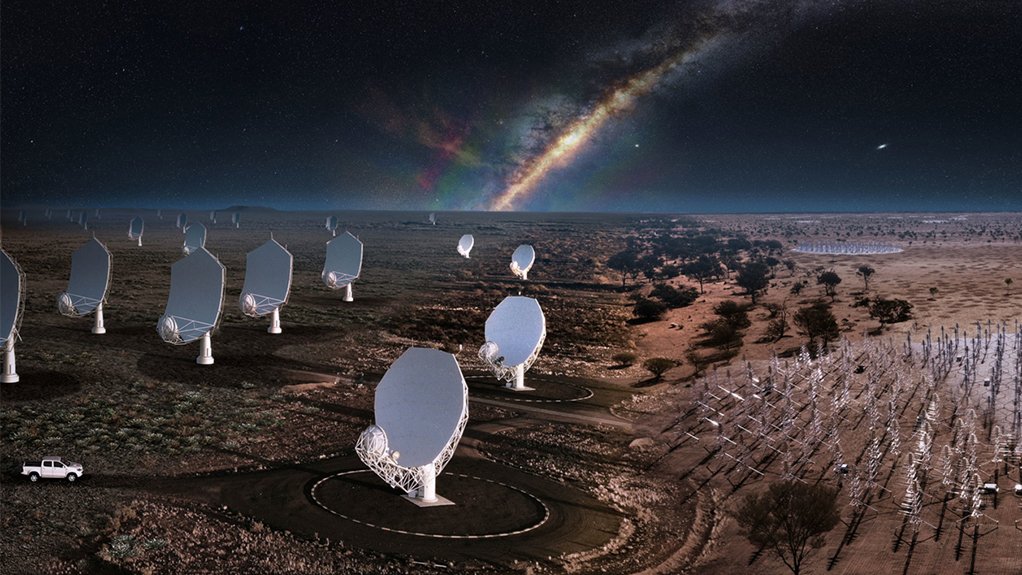 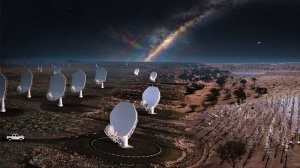 The South African Radio Astronomy Observatory (SARAO) highlighted on Monday that the Square Kilometre Array (SKA) Observatory (SKAO) was now active, following the first meeting of the SKAO Council on February 4. The current members of the SKAO are Australia, Italy, the Netherlands, Portugal, South Africa and the UK. The SKA instrument will be co-hosted by South Africa and Australia, while the SKAO head office is based in the UK, at the world-renowned Jodrell Bank observatory (which also hosted the SKA Organisation, the SKAO’s predecessor agency).

In South Africa, the SKA will be composed of 197 dishes, each 15 m in diameter, this number including the 64 dishes of South Africa’s own MeerKAT instrument, which is a precursor to the SKA. Australia will host 131 072 antennas, each two metres tall. These two arrays will operate across complementary frequencies of the radio spectrum. Recruitment of staff in South Africa and Australia by the SKAO will start within a few months. Construction of the SKA will be supervised by SKAO working in partnership with SARAO and Australia’s Commonwealth Scientific and Industrial Research Organisation. Construction is expected to take eight years; however, it should be possible to start doing some science with the instrument by the middle of this decade.

The first Chair of the SKAO is Dr Catherine Cesarsky, who was previously chair of the board of the SKA Organisation. A French astronomer, she was director-general of the European Southern Observatory from 1999 to 2007. (France took part in the design phase of the SKA and is expected to join the SKAO in the near future; it currently has observer status in the SKAO Council). The first director-general of the SKAO is British astronomer Professor Philip Diamond, who previously held the same post in the SKA Organisation.

In addition to France, the other observer countries in the SKAO Council are Canada, China, Germany, India, Spain, Sweden and Switzerland. They are all expected to ratify the SKA Treaty over the coming months. (The Treaty, formally called the Convention, was signed on March 29, 2019, in Rome. It came into force, following its ratification by the current six members, on January 15, 2021.)

“This is a historic moment for radio astronomy,” affirmed Cesarsky. “Behind (February 4’s) milestone, there are countries that had the vision to get deeply involved because they saw the wider benefits their participation in SKAO could bring to build an ecosystem of science and technology involving fundamental research, computing, engineering, and skills for the next generation, which are essential in a twenty-first-century digital economy.”

“(February 4) marks the birth of a new Observatory.” highlighted Diamond. “And not just any observatory – this is one of the mega-science facilities of the twenty-first century. It is the culmination of many years of work and I wish to congratulate everyone in the SKA community and in our partner governments and institutions who have worked so hard to make this happen. For our community, this is about participating in one of the great scientific adventures of the coming decades. It is about skills, technology, innovation, industrial return, and spin-offs but fundamentally it is about a wonderful scientific journey that we are now embarking on.”

“Establishment of the SKA Observatory enables the SKA project to enter an exciting phase – implementation of cutting edge scientific and technical designs that have been conceptualised by multinational teams, including many South African scientists and engineers, over the past few years,” stressed South African Higher Education, Science and Innovation Minister Dr Blade Nzimande. “We are excited by the fact that the SKA Observatory will be the first, and only, science inter-governmental organisation where Africa will play a strategic leading role. The SKA project will act as a catalyst for science, technology and engineering innovation, providing commercial opportunities to local high-tech industry, and creating the potential to put Africa on the map as a global science and innovation partner.”