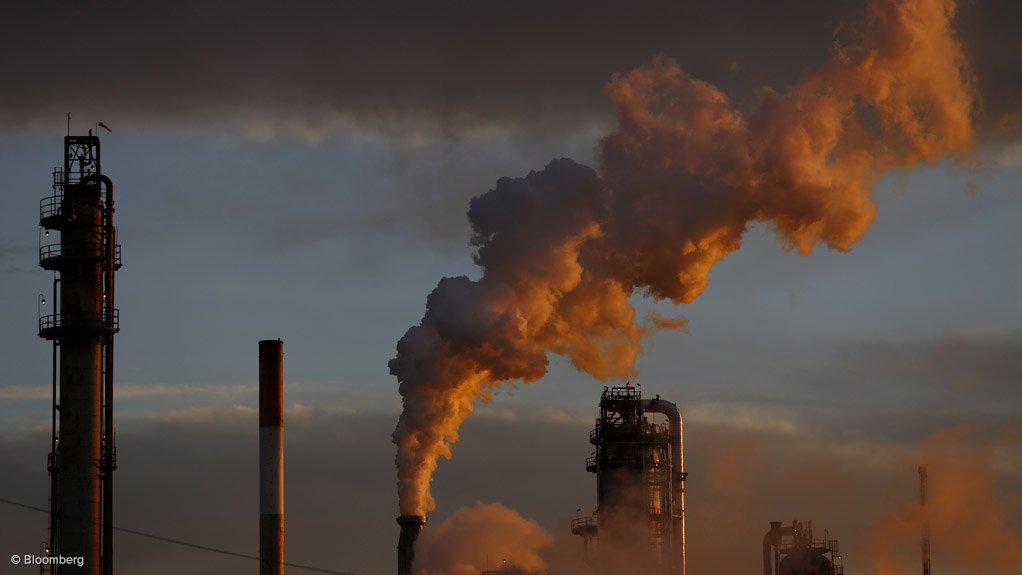 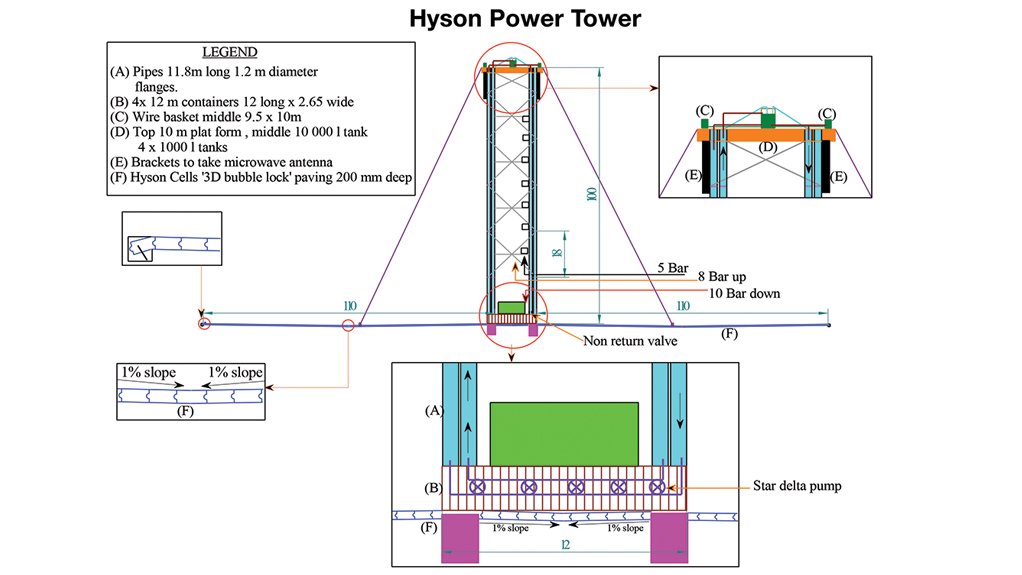 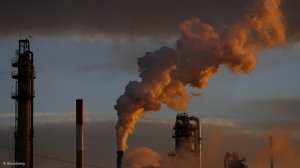 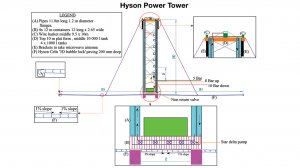 “The Hyson Sustainable Energy ‘Power Tower’, which was provisionally patented just seven months ago, can produce between 4 MW/h and 8 MW/h of clean, cost-free energy.”

She holds that the energy produced by the newly developed power tower system costs nothing to generate, owing to the tower using reusable water and liquefied carbon dioxide (CO2), which it autonomously circulates throughout the tower.

She explains that the liquid CO2 at high pressure is injected into the return water system and pumps it back to the top of the tower, therefore automatically restarting the power generation process. Each of the 4 legs holds 4 of these units generating 1 MW per leg or 4 MW per tower and making it available for use in industrial operations or communities in remote areas.

“The system is completely self-sufficient and does not require any additional supervision or labour requirements,” states Hall.

She explains that this translates into zero operating costs once the system’s initial capital costs are paid off. She further estimates that, at State-owned power utility Eskom’s current energy rates, the tower’s total capital cost could potentially be fully paid off in under five years.

Hall enthuses that, unlike other sustainable energy resources, the tower can generate energy 24/7, thus eradicating the need to formulate a costly energy storage system. Further, owing to the system’s design, which allows for the recycling of liquefied CO2 and water used in the energy generation process, the system does not generate any harmful emissions.

She tells Engineering News that the system’s overall geographical footprint is 20 m × 20 m and can be set up in remote and harsh environmental conditions.

“One of Africa’s major energy challenges is the wide geographical dispersity between energy users. Hyson Sustainable Energy hopes that the small geographic footprint of this technology, coupled with its robust design, could present as a solution to the conundrum of continuous access to energy that the continent faces.”

She mentions that other applications for the tower include the supply of general energy that will never be affected by blackouts, particularly at energy-critical mining and smelting operations.

Hall adds that the company also hopes to see an uptake of the technology by municipalities that are battling to pay utility tariffs, remote petrol stations, underground mines, large ships and high-rise buildings, as well as in the spray system of smoke stacks used in power and fuel towers and high rise buildings.

“Hyson Sustainable Energy believes that this incredibly simple technology could be a game changer in the renewable-energy space,” Hall emphasises.

he tower’s provisional patents enable the company to promote the system globally.