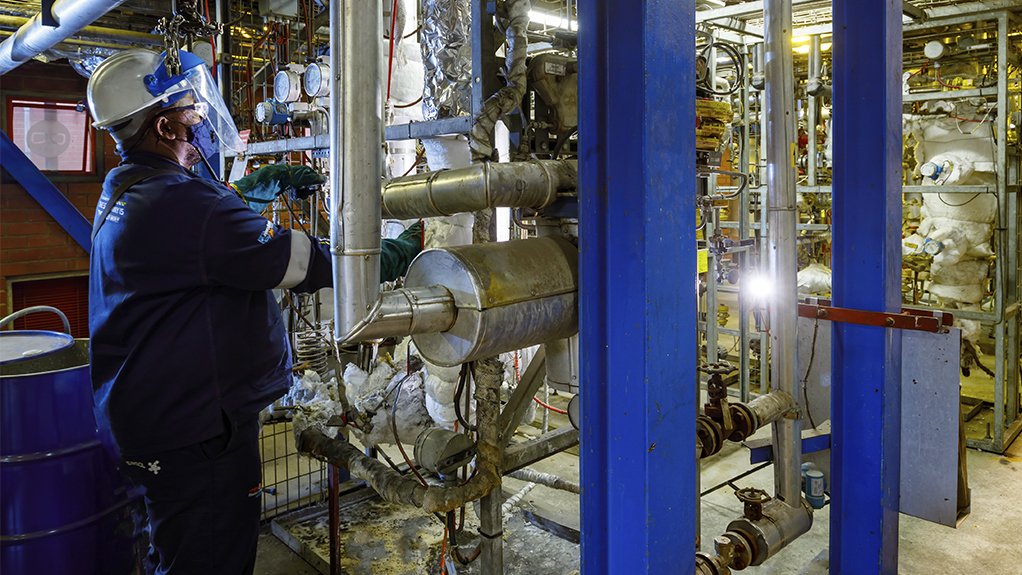 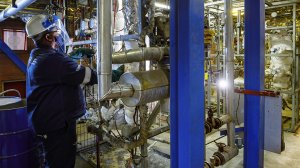 Energy and chemicals group Sasol, which aims to become a leader in South Africa’s promising green hydrogen industry, reports that research advancements have been achieved that are supportive of the conversion of hydrogen and carbon dioxide (CO2) into green jet fuel and chemicals.

Made in collaboration with the Catalysis Institute at the University of Cape Town (UCT), Sasol says the advancements relate to the use of a commercial iron catalyst, which is already produced cheaply and at large scale at Sasol’s Secunda plant, in Mpumalanga.

The iron catalyst can achieve CO2 conversions greater than 40%, producing chemical feedstocks such as ethylene and light olefins, as well as significant quantities of kerosene-range hydrocarbons, or jet fuel.

The innovation is aligned with the JSE-listed group’s intention to leverage its existing Fischer Tropsch (FT) technology and skills to lead the development of South Africa’s green hydrogen economy.

Currently, the Secunda plant converts synthesis gas – a mixture of carbon monoxide and hydrogen, derived from coal gasification and supplemented by reformed natural gas – into 160 000 bbl/d of chemicals and fuels.

The group is, however, considering the introduction of green hydrogen – produced by using renewable electricity to split water into hydrogen and oxygen, using an electrolyser – into its FT processes to produce carbon-neutral jet fuel and other green products.

Sasol already produces a certified aviation fuel at Secunda from coal, but announced recently that it would partner with Enertrag, Afrox and Navitas in a project to produce sustainable aviation fuel from green hydrogen for export to Germany.

The project is expected to be submitted for participation in the German government’s H2Global auction programme in the coming few months.

Sasol and UCT, which have a long-standing collaboration on FT catalysts, have been working to find innovative ways to use the chemistry to convert CO2 and hydrogen into a range of useful and green products.

“In recent years, the university has also been working on CO2 conversion technology and has built up extensive experience in CO2 hydrogenation.”

There are two ways to convert CO2 into useful products using the FT technology deployed by Sasol, with iron catalysts having been found to be advantageous when converting hydrogen and CO2 directly over a single catalyst, using what is termed “tandem” catalysis.

In the indirect pathway, meanwhile, CO2 and green hydrogen are first converted to synthesis gas either by co-electrolysis or over a catalyst. The synthesis gas is then reacted over a suitable FT catalyst, to produce hydrocarbons and water and Sasol’s suite of cobalt catalysts has been found to be efficient for the process.

The latest iron catalyst development is described as a significant step towards the implementation of CO2 hydrogenation technology in South Africa.