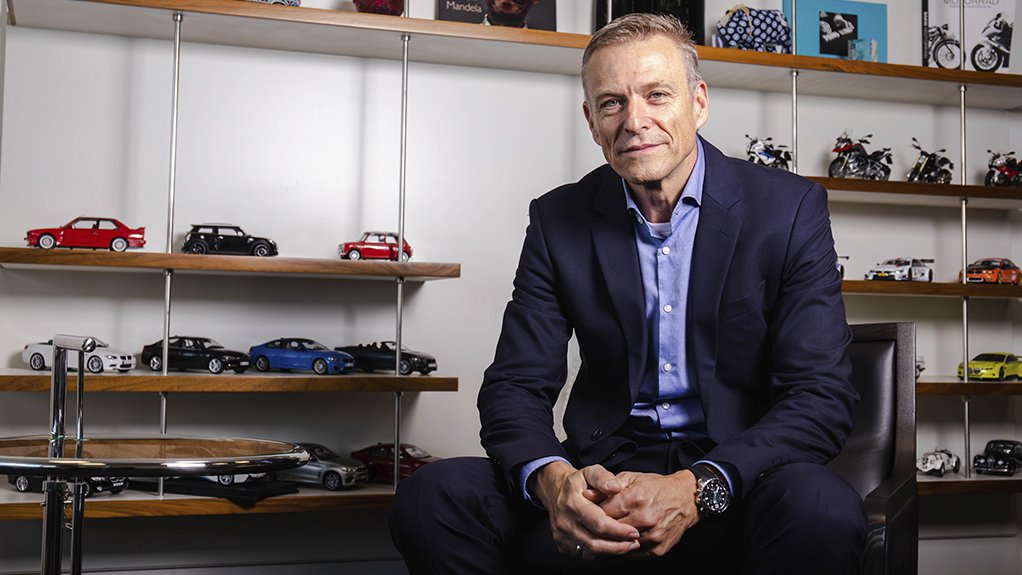 In the challenging economic climate created by the ongoing Covid-19 pandemic, new BMW Group South Africa and sub-Saharan Africa CEO Peter van Binsbergen says his focus will be on the company’s profitability and that of its retail partners, as well as on having a customer-first approach.

He says some of his initial priorities include optimising a new retail sales model and ensuring an immediate end to the negative sales trend of the past years.

Being a stable part of BMW’s worldwide vehicle production network and the expansion of the DevOps Hub SA, which is on its way to becoming the fastest growing IT company in South Africa, are also key priorities.

“Essential to economic recovery as a whole, and the car market in particular, is getting the coronavirus under control – not only on a macro level, but also on a personal level, as healthy associates [workers] are the backbone of our company,” says Van Binsbergen. “[Last year] was the low point for us all, from now on we strive for steady growth.”

Van Binsbergen took over the reins from Tim Abbott in January.

Van Binsbergen is the first South African CEO in the group’s history on the continent, making his return to the same place where he started his career with the BMW Group almost 27 years ago.

Starting with the group in aftersales, he was responsible for product planning, marketing and sales in South Africa.

From there on he served in many positions with BMW across the globe, including as marketing director at BMW Group Japan, VP of sales channel development and project future retail at BMW Group headquarters, in Munich, as well as senior VP sales and marketing at BMW Brilliance Automotive China.

From China, he returned to Munich to lead the local sales subsidiary for the BMW Group before taking the helm as customer support senior VP.

“I am thrilled to return to the South African team and am honoured to be leading the local operations,” says Van Binsbergen.

“I have had the privilege of working in numerous cultures and roles and have been able to learn from each [of them].

“These learnings, combined with great relationships within the BMW Group, will stand me in good stead in the years ahead. Likewise, I will rely on my colleagues’ market knowledge and expertise to make the most of the opportunities along the way.”