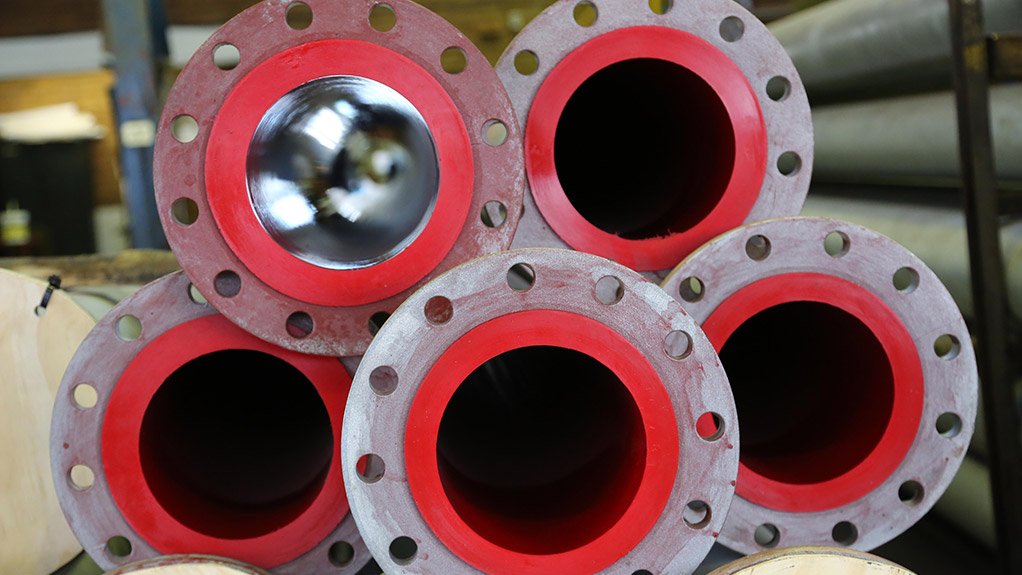 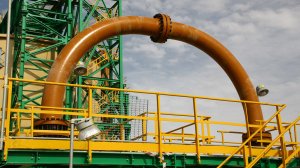 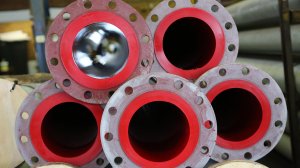 UMP was the only company worldwide that could supply the precision urethane- lined, 900-mm-diameter steel pipelines’ special bends and fittings requested by Turkish construction company Tekfen Construction. UMP designed and developed the specialised process equipment, such as ovens and moulds, required to line the 900 mm bends.

UMP director Trevor Carolin tells Engineering News that the actual size of the pipeline bends was a challenge, as it affected the volume of the polyurethane to be injected into the bends, as well as the tools that were required to fit inside the bend.

Fitting the moulds into the bends was a difficult task, as the pipe bend weighed about 9 t; coupled with this, the lining thickness had to be very specific. The tools used to line the pipeline were developed by UMP, as the company had to determine how to manoeuvre the lining in and out of the pipe, before and after it had been moulded.

Further, certain areas of the bends in the pipeline were not completely round, but oval. Subsequently, UMP had to design a mould that was oval in the centre, but could fit through the round hole at the end of the pipe, Carolin explains.

He states that five UMP engineers worked continually on developing the technology for three months and, once that was completed, the company moved into the six-month production period, during which 24 containers were filled with the urethane-lined pipelines and shipped to Morocco.

Carolin notes that UMP’s design and development of the technology used for the pipeline bends was a successful R3.5-million investment, as the technology is being exported to Zambia, Angola, Botswana, Namibia, Australia and even Saudi Arabia.

He adds that UMP has promoted the polyurethane as an alternative to the usual rubber-lined bends because polyurethane can extend the life of the bend by up to ten times, with “a component that [lasted] two to three months now lasting close to two years”.

Carolin explains that the Sure-Liner internal pipe-lining process involves inserting a tight-fitting HDPE plastic-liner pipe inside a steel pipe, thereby taking advantage of the mechanical strength of the steel pipe, combined with the corrosion and abrasion resistance of the plastic liner. The 1 km steel pipe does not require any flanges, which are one of the biggest cost inputs, comprising up to 30% of the cost of a pipeline.

The seamless system is ideally suited to long-distance slurry transport pipelines, especially high-abrasion applications such as backfill, mineral sands, concentrate and tailings lines. UMP says HDPE in straight pipelines and Redline polyurethane in bends and laterals complement each other, owing to their matching internal diameters.

An advantage of the Sure-Liner pipeline is its enhanced security, as the bolts on the flanges are often stolen. Once the pipes start operating, they burst open as a result of the pressure not being contained, creating health and safety risks as well as environmental damage at mine sites.

“Our partnership with Aptec enables us to work together to develop the pipeline technology in Southern Africa. Wherever possible, labour will be sourced locally, while training and supervision are provided by Aptec,” concludes Carolin.