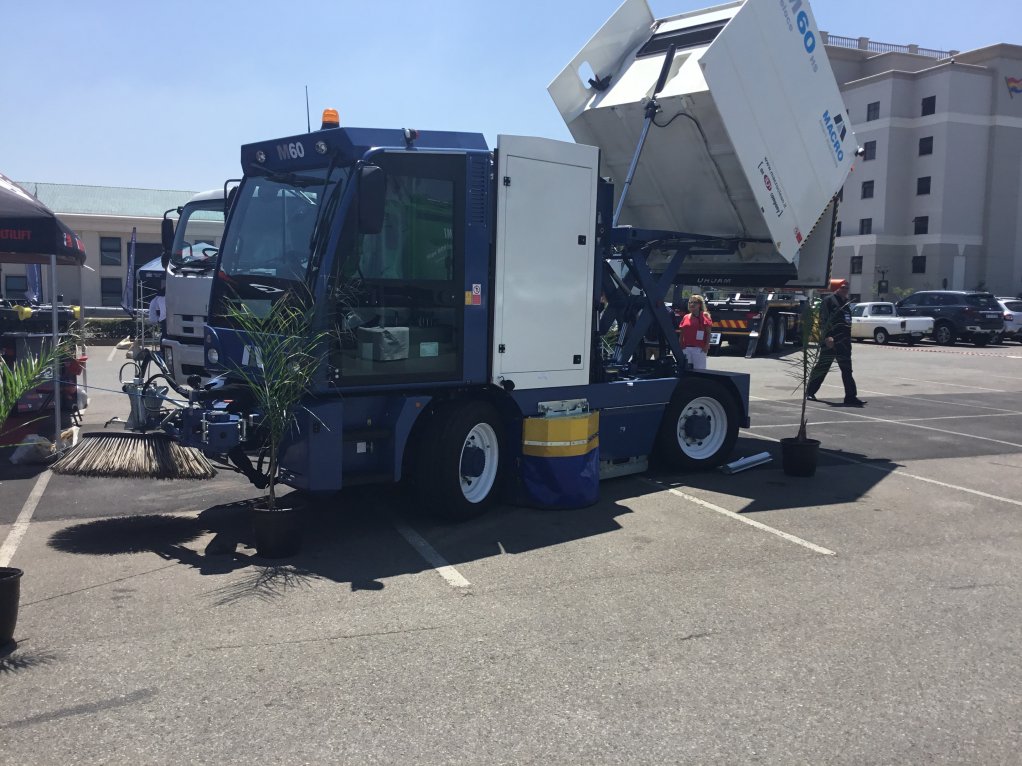 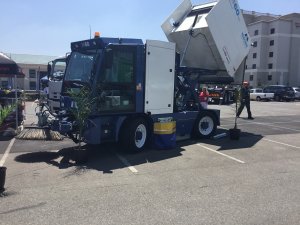 Shumani director Victor Nemukula says munici- palities were constantly battling with increased littering, which has become an environmental issue, not only in South Africa, but across many countries around the globe. Municipalities were looking at innovative technologies such as road sweepers to get the better of the littering conundrum.

With that in mind, Shumani decided to showcase its MACRO M60 road sweeper at Wastecon.

“We chose to exhibit the MACRO M60 road sweeper at the show, as the product is the right solution for keeping our city roads and streets clean at minimum costs,” explains Nemukula. He adds that it speaks directly to metropolitan municipalities and big towns such as Nelspruit, Polokwane and Kimberley, among others, as well as authorities such as South African National Roads Agency.

MACRO M60 road sweepers are the most advanced and highest performing machines for continuous professional use currently available on the market. For years, the MACRO M60 road sweeper technology has focused on four objectives: simple use, consumption reduction, low environmental impact and fast return on investment.

With the MACRO M60 road sweeper, large volumes of dry waste can be collected. Its 6 m3 hopper and 6 000 kg payload is the highest capacity on the market, allowing long working shifts. “The machine also offers exclusive capability to sweep in unbalanced conditions like sidewalks. The system allows sweeping on bumps with no operator’s action required,” explains Nemukula.

The MACRO M60 road sweeper uses a mechanical suction system. The waste is collected by the mechanical action of the side and central brushes, as well as the vertical loading conveyor. The suction is only aimed at capturing the dust as soon as it is raised up from the floor. The suction is optimised to allow the full suppression of dust thanks to the large surface filter.

Other features include the four-wheel steering which gives the MACRO M60 road sweepers notable manoeuvrability in all working conditions, and a fully adjustable third front brush that allows it to sweep 180º to the left and right side of the vehicle.

“The MACRO M60 road sweeper also has the ability to dump at a height of between 1.1 m and 2.3 m,” concludes Nemukula.