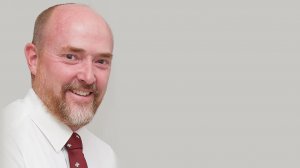 “There are lots of ways at looking to different coal waste streams and turning them to our advantage," he told Mining Weekly in a Zoom interview on Thursday.

“When they start to do that, they’ll be pleasantly surprised to see that they can begin making these transitions already and the business cases will present themselves.

"I’ve done some modelling which shows that a multiple number of diverse revenue streams is probably going to be just as good as one massive single revenue stream coming from coal, which goes to Eskom, for instance. So, I’m saying start to diversify, make the coal business less fragile and look more towards the long term,” he said.

As the world moves away from fossil fuels to curb climate change, it is envisaged that coal mines, coal mineworkers and members of coal mine communities could transition to new sustainable revenue generation across the energy, biomass and agricultural spectrum.

Areas of business that could be embarked upon – as part of the required just transition as Eskom closes coal-fired power stations and mineworkers are offered occupations outside of coal mining – include:

All of these opportunities create a diverse range of jobs with multiplier effects. In addition, the finite horizon of coal mining is replaced by a new infinite horizon for businesses on the very same land. This creates a potentially much-improved and more far-reaching business environment for communities.

“I think the future is potentially very bright but coal miners need to think beyond what they’re currently just focussing on,” Jones commented.

Coal mines would themselves potentially transition from being coal mines to being integrated energy, agri and higher-priced product producers.

“Top soil, water and hydrogen are the commodities of the future that we’re all going to rely on because food, ultimately, is one of our core requirements. Agri jobs are going to be around forever whereas a coal job is only going to be around for as long as somebody needs to burn coal, which is not that much, unfortunately,” said Jones.

“One of the big things for me is what’s happening with biochar, for instance, and we’re finding that carbon in the soil is really where it belongs and where it has belonged for billions of years in terms of drawdown of carbon dioxide (CO2), specifically through plants."

FINES AND SLIMES TO ACTIVATED CARBON

On the coal mine side, there is a major waste issue with coal fines and slimes waste streams, which can be pyrolysised. Even fairly moist slimes can be put through a pyrolysis process, which drives off the volatiles and increases the fixed carbon to about 85%. Biochar, a very high form of charcoal able to hold a significant amount of water, is the outcome. Biochar can be used in compost and can be inoculated with efficient microbes.

It can be taken a step further to produce activated carbon, which sells at many times the price of coal and which is used in water purification and to clean up oil and chemical spills.

The structure of biochar and activated carbon also has the capacity to store hydrogen.

“As a hydrogen storage mechanism, it’s a fantastic tool as well. As the hydrogen economy gets under way, we can probably find there is a significant role for coal and coal derivatives to play,” said Jones.

Coal mines and coal processing plants tend to be very acidic and heavy-metal intensive, with lots of sulphates in the soil, and there are certain plants that are well suited to growing in acidic environments.

Hyper nickel accumulator plants grown in such environments suck up the heavy metals and isolate the nickel. Upon harvesting, the biomass could be composted and the remaining pure nickel stream becomes available in a pure form.

Mycelium or mushrooms are also suited to acidic environments and mycelium plays a significant role in restoring the soil food web in top soil that has lost its active structure.

As soil restoration takes place, value chains could be assessed, “and I think you would look at more of a clothing value chain at first and not necessarily go towards edible plants straight away. But you’ll use plants such as hemp or flax or even cotton… and all of those could introduce brand new value chains for coal-mine communities. This whole area is wide open to disruption and it needs to be part of the just transition.”

Coal miners could become part of the climate solution rather than the problem. If you look at the work that the Banks Group has done in the UK, coal miners can start growing forests. They can draw down CO2 to offset their Scope 3 emissions when they sell to clients.

“Obviously, forests use a lot of water. A tree most likely uses over 500 litres a day per tree. But then again they also produce local rainfall, with the evaporation of the water that moves through the tree ending up falling as local rainfall.

“Trees are also able to clean up the soils and also help to stabilise the soil. Just for their own sake, trees are fantastic to have in terms of the tourist industry but, of course, that’s a potential revenue stream in its own right.

“Pine trees, specifically, do well in acidic environments and around the Piet Retief area, we have significant plantations so I can’t see why the coal mine areas of Mpumalanga couldn’t also be used as forests and woodlots, and, of course, that just increases the biodiversity in the area, it brings in more types of animals, which can only be positive for the area.

“Ultimately, those trees can also be used potentially as co-firing for Eskom in the local coal plants in the form of biomass co-firing."

ACID MINE DRAINAGE AND WATER

Several South African coal mining companies already use reverse osmosis technology in place to treat some of the acid mine drainage (AMD), which needs to be prevented from leaching into the local environment.

Another option is to combine the AMD water with the fly ash from Eskom’s fly ash dumps. To increase the efficiency of the UCG process, the acidic water can conceivably be combined with the alkaline-inclined fly ash and pumped back underground with CO2. It can also be used to backfill the UCG void with an ash slurry that would help to prevent subsidence and water leaking into ground water systems.

The coal seam at Eskom’s Majuba power station could not be mined, which resulted in the development of a UCG project there. Hydrogen can be captured on its own and would be termed brown hydrogen because of it arising from coal.

The renewable energy industry could begin to work with the coal mines to generate pumped storage hydropower in disused underground coal mines.

Many are looking to wind power from Mpumalanga but solar power could also be generated. This would involve the pumping to surface of AMD water from underground during the day when there is abundant solar power and allowing that water to cascade under the force of gravity down the mine shaft to generate hydropower during peak loads when solar power is not operating. That then feeds power into the grid at a premium rate with the process taking place with ongoing repetition.

“The fragmentation of the South Africa coal sector is a bullish factor,” said Jones.

The 2030 coal landscape will likely look completely different to what it has looked over the past 20 years.

Going forward, Jones believes that there is going to be little budget for large-scale exploration or for mine expansions or for the restoration work that  is required.

This will probably lead to a large number of abandoned mines with plenty of coal reserves left in the ground. Draglines, longwalls, continuous miner sections, all being very expensive to develop and maintain, are going to be eschewed in favour of high-grading reserves and having lots of mini pits instead, to the extent that its possible.

With the fragmentation, ultimately what that is going to lead to is ultimately quite rapid decline of South African coal production from around 2025 onwards.

It must decline by at least 22-million tons a year because Eskom will be retiring up to at least 10 GW of coal-fired  generation capacity by 2030.

There is going to probably be plenty of rail and port logistics available.

“I believe what should happen is that a spot market is the best solution to manage coal supply and demand going forward because it’s going to become very random, not only for coal, but also for logistics.

“The best price is going to be achieved by a spot market and that is going to ensure that both mining, in terms of coal and logistics utilisation, have the highest efficiency of utilisation,” Jones said.