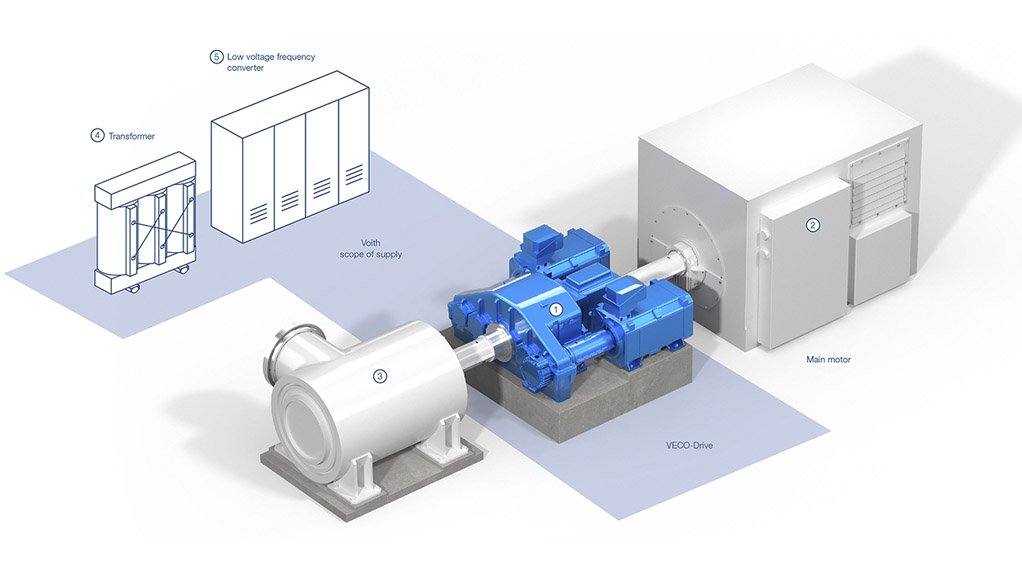 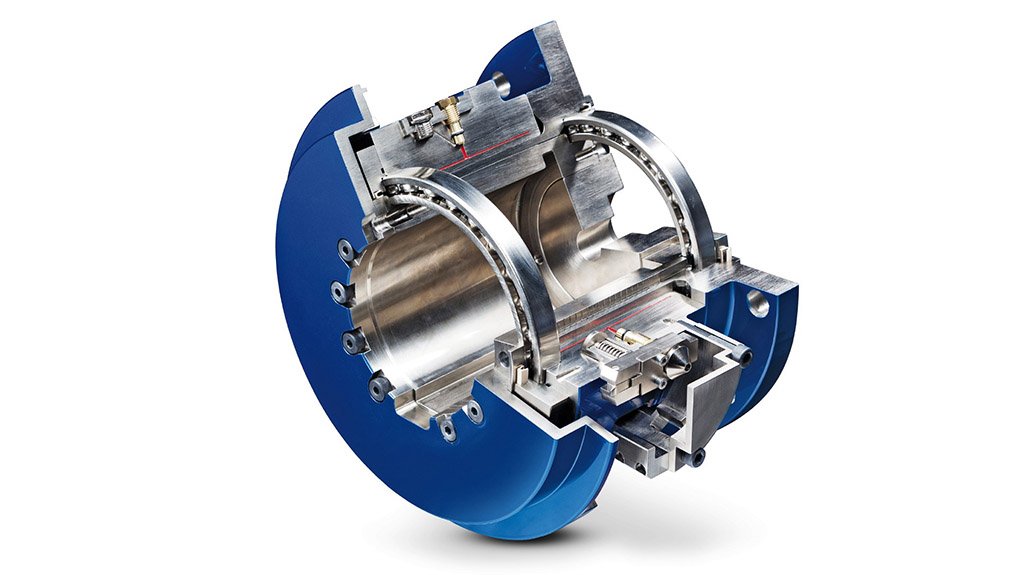 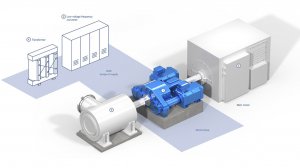 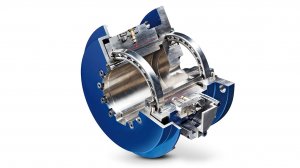 Last month, multinational industrial machinery manufacturer Voith exhibited power industry solutions at the POWER-GEN Europe 2017 conference and exhibition, and one of the main features was its new variable-speed drive (VSD), the VECO-Drive, intended to enhance the efficiency of rotating equipment such as compressors and pumps used in the power generation sector.

In a press statement released at the time of the exhibition, the company explained that the “innovative” VECO-Drive is able to provide both the reliability of mechanical gears and the efficiency of low-voltage variable-frequency drives (VFD).

The new VSD combines a mechanical planetary gear with frequency-controlled servo motors. The electrical superimposing gear is the most efficient way to make speed variable, and the servo motors are used to drive a planetary gear. “Since [the motors] only need a small part of rated power, an overall component efficiency of more than 97% is reached.” This saves energy and reduces operating expenditure.

The VECO-Drive is installed between a constant speed motor and a variable-speed compressor or pump. Voith noted that, since additional power is supplied to the drive train, a smaller main motor can be used. This reduces capital costs. Moreover, the company explains that the servo motor can be used as a starter to protect the electric grid from high inrush currents.

“For the functional demonstration of the VECO-Drive, a prototype system was built and tested in Crailsheim, Germany, in 2016. Voith engineers designed the system for compressor and pump applications with a maximum output speed of 15 000 rpm, maximum output power of 15 MW and a speed adjustment range from 50% to 100%,” the company reported.

Compared with a typical full-scale medium voltage VFD train with a step-up gearbox, the measured system efficiency of a VECO-Drive is about 2% higher over the whole speed range. Therefore, the VECO-Drive system reduces yearly energy consumption by more than 2 000 MWh, compared with a comparable VFD system. “With a typical energy cost of €50/MWh, these energy savings result in cost reductions of more than €100 000 a year.”

Voith added that, as a “matter of principle”, the VECO-Drive is designed as a modular system and as such offers individual specifications for different application types, classes of explosion protection and speed levels. Advanced functions like the integrated programmable logic controller-based output controller, user interfaces, condition monitoring and simplified maintenance are part of the scope of supply, whereas remote access and remote diagnosis are available on demand.

The company commented that the principle of VECO-Drive was inspired by the Voith Vorecon VSD. Further, it noted that the Vorecon range has also been expanded, with the new NX series for low-power ranges increasing efficiency by up to 8%.

“VoreconNX is a reliable planetary gear controlling the speed of compressors and pumps in stream applications. With its optimised torque converter, it helps the power industry save both total costs of ownership and life cycle costs. Its modular design and standardised speed control allows Voith to reduce the delivery time of VoreconNX to only six months.”

Other Solutions Displayed Voith also showcased the BHS AeroMaXX technology for parallel-shaft gear units, which enables operators to reduce power loss and oil consumption by more than 30%. “It works like this: At high-pitch line velocities of up to 200 m/s, the oil swirls and squeezes in the gear mesh, which causes power loss of high-speed turbo gear units. BHS AeroMaXX reduces these losses by separating lubrication and cooling.” Voith explained that no additional accessories are needed as a result of its passive mechanical construction.

The company also presented the SmartSet torque limiting coupling which assists in protecting drivelines from torque overloads. “In the moment of exceeded rated torque, SmartSet will slip and protect the driveline. For instance, it limits the torque between the generator and the turbine if a fault occurs and protects plants during overload. During an overload, the coupling slips and therefore enables continuous production and will only release in rare case of major failure.”

“When the SmartSet is accompanied by Voith’s monitoring system CMS 310, users get real-time status information and analyses.”

The patented Hirth couplings can be used between gas turbine disks or as a connection between impeller and pinion shaft. They connect and position shafts, wheels, disks and crank in many areas of mechanical engineering – high precision is ensured. Voith also showed drive couplings that protect systems from damage under extreme operating conditions. These can be tailored to each drive system.