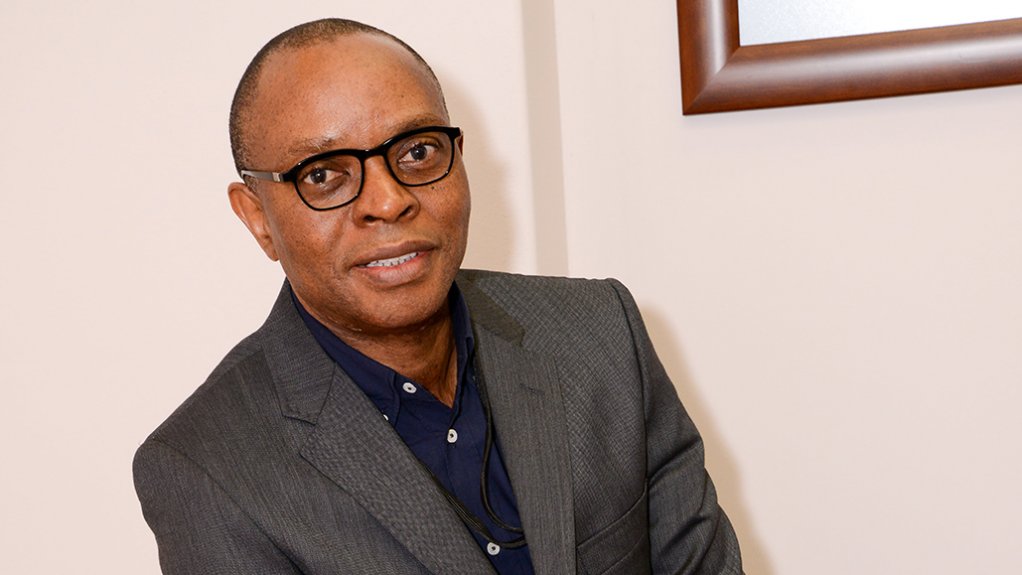 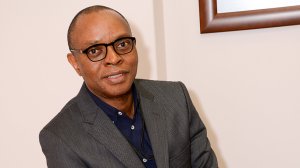 Newly appointed Transnet Port Terminals (TPT) CEO Velile Dube, who officially assumed the role on July 1, acknowledges that his first few weeks were nothing short of a “baptism of fire”.

The experience proved challenging not because Dube was new to TPT, or the broader Transnet group for that matter. He has held various positions at the State-owned freight logistics group over the past 11 years, including that of TPT’s acting COO.

Dube’s travails have related mainly to the Covid-19 storm, which was battering the Cape Town Container Terminal at the time of his appointment and was threatening to do likewise to TPT’s 15 other coastal terminals.

The seven “gangs” that typically oversee operations at the container terminal had been reduced to two, as the virus ripped through the Western Cape, infecting TPT employees directly and forcing those with comorbidities, or anxiety to stay at home.

The impact on vessel waiting times outside the harbour was dramatic. Having already settled at a relatively high average of 16 hours across South African terminals, the waiting-time trend worsened dramatically as the virus struck.

Waiting times outside the Port of Cape Town surged from 11 hours in January to 72 hours once South Africa instituted its Covid-19 lockdown at the end of March and, by June, it was a catastrophic 312 hours which has now reduced to 132 hours.

The delays were threatening South Africa’s lucrative citrus export season, a much-needed source of foreign exchange earnings and employment at a time when South Africa’s economy was in a pandemic-induced nosedive.

“We had to adjust and set new priorities. We realised that this translated to defining what was an essential operation and ensuring that we had a way of keeping those operations going,” Dube explains in an interview with Engineering News.

A comprehensive Covid-19 management strategy has since been instituted, and stakeholder engagements intensified, while experienced teams from other TPT container terminals have been brought in to help stabilise the situation.

“From having 11 vessels outside the terminal waiting in June, we were down to five vessels in the second week of July,” Dube reports, noting that the number of gangs has steadily increased at the terminal and that it has stabilised at six.

As South Africa’s Covid-19 epicentre shifts from the Western Cape to other parts of the country, TPT is aiming to ensure that the hard lessons learned at the Cape Town Container Terminal are “aggressively” transferred across the network of terminals.

That said, Dube remains deeply concerned, revealing that reinforcing the fact that “this disease is real” remains a daily struggle, partially as the message has to penetrate well beyond the 9 600 employees of TPT and into the full value chain that engages with the terminals.

Nevertheless, he also believes the Covid-19 cloud could have the silver lining of helping to accelerate much-needed changes at TPT, the performance of which has deteriorated materially in recent years.

This deterioration was captured in a recent diagnostics report produced by the World Bank at the behest of Transnet’s shareholder department, the Department of Public Enterprises.

Besides a dire need to recapitalise and maintain equipment, the report points to various other problems, from gang productivity to yard management and stow times.

Dube believes much of the blame lies with the decision to centralise executive authority at TPT’s head office in Durban, rather than at the terminals themselves. For this reason, besides fighting Covid-19, his other urgent priority is to fill vacant leadership posts at all terminals and devolve decision-making authority to these leaders and their respective teams.

In parallel, the modernisation of port equipment will be accelerated, while a greater maintenance discipline is instilled. Some R2-billion has been budgeted for new equipment this financial year, with 23 straddle carriers to be delivered to the Durban Container Terminal alone between July and September.

Dube stresses, though, that operating philosophies also need to be changed, particularly at the container terminals, with several of TPT’s bulk terminals performing relatively well when compared with their global peers.

“Ultimately we need to find solutions that result in vessels spending fewer hours at berth,” Dube asserts, arguing that, while container moves per hour remain an important measure, turnaround times also depend on crane density, which is currently too low across TPT terminals.

Building competitive pressure is also, in his view, critical. Therefore, the performance of each TPT terminal will, in time, be actively measured and compared with similarly sized and profiled terminals globally.

Internal sharing of best practice is also high on the agenda, particularly given recent strides made at the Saldanha Bulk Terminal, which, with limited capital has increased the throughput of manganese by 220% over the past five years.

Using skips borrowed from the Richards Bay Bulk Terminal and with strong support from its mining clients, the port handled about 4.5-million tons of the record 14-million tons of manganese exported last year and has additional scope for growth. The performance has allowed Transnet to defer a proposed relocation of the manganese terminal from the Port of Port Elizabeth to the Port of Ngqura.

Dube admits, though, that several other terminals are not performing to expectation, which is frustrating customers and undermining South Africa’s competitiveness.

TPT’s internal reform agenda, he insists, will only succeed if it is fully aligned with the needs and aspirations of its customers, as well as those stakeholders whose livelihoods are inextricably tied to the performance of the country’s ports.

“This is a team sport,” Dube, who read for a Bachelor of Arts in Communications from the University of Fort Hare, before completing the Program Leadership Certificate at the Wharton School of Business, in the US, and a Certificate in Leadership from the Gordon Institute of Business, says.

“We need to implement a supply-chain strategy that integrates with all stakeholders, from cargo owners to suppliers, shipping lines and customs for the delivery of efficient cargo systems in South Africa.”

Dube believes the multi-stakeholder task team established to address chronic congestion at the Port of Durban, South Africa’s busiest port, could provide the template for the kind of collaboration that will help shift the country’s domestic ports into a higher gear.

He also believes there are genuine opportunities to pursue public-private partnerships at some TPT terminals, where fresh capital, ideas and operating methodologies could go a long way to increase efficiencies.

Within the Transnet group itself, meanwhile, Dube has his eyes on the inland container terminals, which currently fall under Transnet Freight Rail’s operational jurisdiction.

“But we have to earn the right to grow and, at the moment, we have to prioritise restoring our own efficiency, which has slipped in recent years. We have to do this despite the Covid-19 storm, which is placing extreme pressure on our operations, volumes and revenues.”