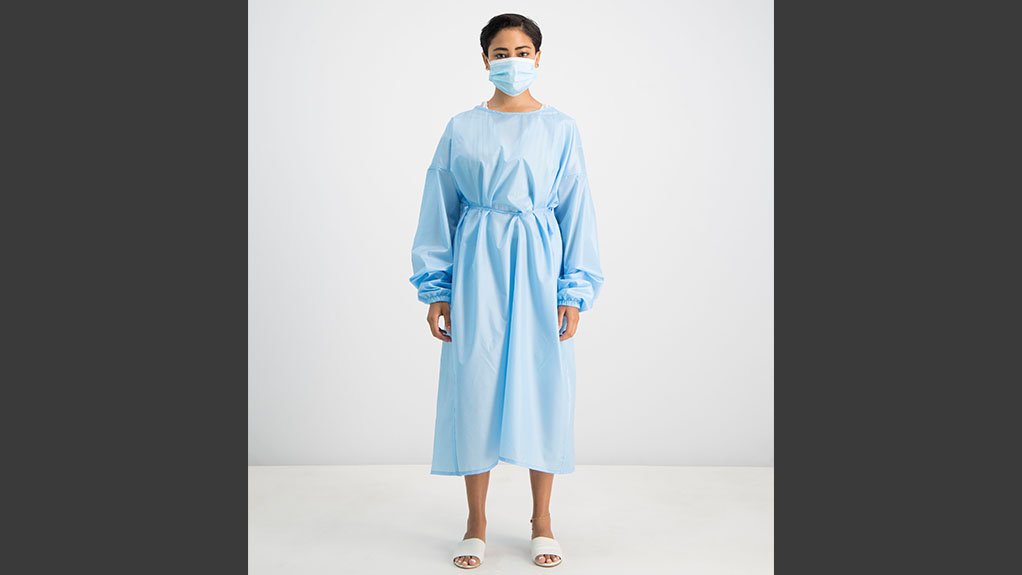 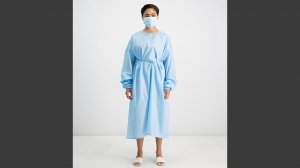 The group already produces cloth masks for the commercial and corporate market.

“The isolation gown has largely been imported thus far. While there has also been a level of local production, nothing has met the required standards of SANS 53795.

“I am pleased to advise that we have now managed to make two successful products that meet the required standard.

“One is from an entirely localised supply chain, with the material coming from Gauteng, and the other from an imported fabric supply, but with local production,” says Dhai.

Kingsgate Clothing plans to produce the isolation gowns at its factory in Hammersdale, near Durban.

“We need government to now buy this from us before we can kickstart the production line,” says Dhai.

“We believe that 50 workers can produce 10 000 garments a week. With the demand running into the millions, we believe we can use this product to sustain our industry over the next few months.

“It is critical to note that both gown products cost only 50% of the maximum regulated price as indicated by National Treasury,” he adds.

“And, in addition to saving government expenditure on isolation gowns, the localised supply chain creates jobs and pours liquidity into the local economy at a critical point in time.”

Dhai notes that Kingsgate Clothing has uploaded the approved products on the Business for South Africa Covid Portal, which now makes them eligible for procurement by the Solidarity Fund and any other organisation that needs the product.

“We have lost the entire winter season, so we did not do any winter production. We’ll hold the winter raw material for a year, and have now moved onto summer production. From August onwards we’ll distribute summer clothing.

“But demand levels are not the same as usual. The Edcon group’s business rescue has taken considerable volumes out of our business and we need to redirect capacity to PPE to maintain operations at a sustainable level.”

Kingsgate Clothing is a family-owned business that recently celebrated its sixty-fifth birthday. The company produces 95% of its clothing in Southern Africa. It supplies clothing lines to retail outlets such as Mr Price, PEP and Jet, while it also provides various government departments with uniforms, linen and patient wear.

The group employs about 1 000 people directly, as well as roughly 5 500 people indirectly, for example, by outsourcing to a number of other factories, as well as to printing and embroidery businesses.