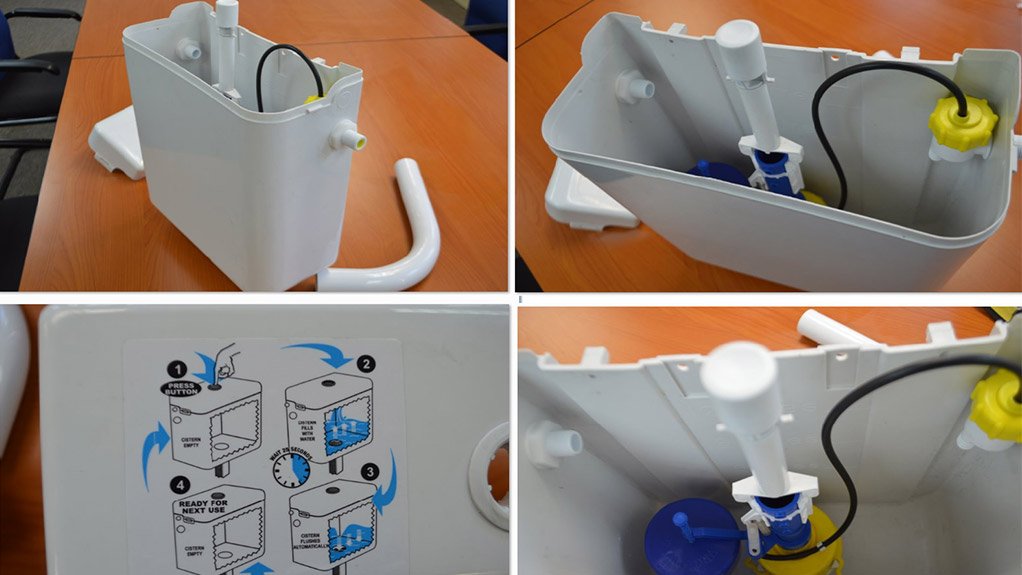 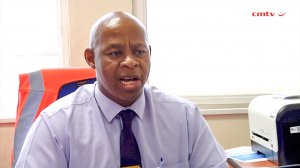 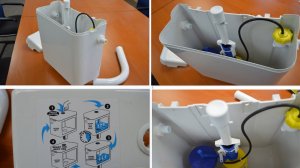 With the objective of saving about 580-million litres of water a year through its low-flush cistern toilet system project, utility company Joburg Water says the project can also save the city about R3.5-million a year.

“Households currently use 29% of their water for flushing. The project is technologically driven and can reduce use by up to 7 ℓ of water per flush, compared with the previous system that uses 12 ℓ of water per flush,” says Joburg Water communications and marketing manager Isaac Dhludhlu.

Launched in 2016, Phase 1 of the project was completed last year, and entailed a roll out of 10 000 cisterns in Soweto, where there are a large number of cisterns more than 9 ℓ.

“This project will supplement the ongoing Soweto infrastructure upgrade and rehabilitation project, which has also successfully contributed to water savings by upgrading the secondary mains infrastructure, retrofitting the leaking plumbing fixtures and installing prepaid meters.”

Dhludhlu points out that the company has not yet completed the planning for Phase 2, but expects the implementation thereof in areas such as Alexandra and Zandspruit. “The project targets consumers who are using old systems that consume large amounts of water to reduce water consumption and costs.”

He further mentions that the project was implemented through the City of Johannesburg’s Jozi@Work programme, which aims to reduce unemployment, poverty and inequality by offering small-scale entrepreneurs the opportunity to provide services on behalf of the municipality. A total of 120 jobs were created – 60 for plumbers and 60 for those working on the installation of the cisterns.

Dhludhlu mentions that, although the project is going well, in some areas, sewer systems are being misused. There have subsequently been a lot of blockages, which are unnecessary and interrupt the way the system functions, he adds.

Joburg Water has embarked on the construction of five water reservoirs and four water towers scheduled for completion between 2019 and 2020 to increase water storage capacity; this will allow the company to meet continuous demand and provide sustainable water supply across the city.

“The sole purpose of the projects is to expand our water distribution footprint and ensure that we are able to store enough water from the Vaal dam. Following this, the water will be treated before being channelled into the reservoirs in the city to ensure that, whenever we need to run infrastructure maintenance, we can continue supplying water without disruption,” explains Dhludhlu.

In January, Joburg Water launched the Orange Farm high level reservoir, which has a capacity of 33.5-million litres, and was built at a cost of R66-million over 28 months. Earlier this month, the company launched a 25 Mℓ reservoir in Diepsloot.

He notes that some of the projects are at a stage where the contracts have been awarded to contractors, while other projects are still in the planning stage.